On Wednesday, April 20, the Geneva City Council voted 5-4 not to appeal a judge’s decision that struck down the city’s Police Review Board (PRB).

This decision is much to the dismay- but not surprise- of organizers and PRB members. The now-invalidated PRB came to fruition with the passage of Local Law 1-2021. Despite holding their first meeting in late June 2021, the PRB never heard a case. 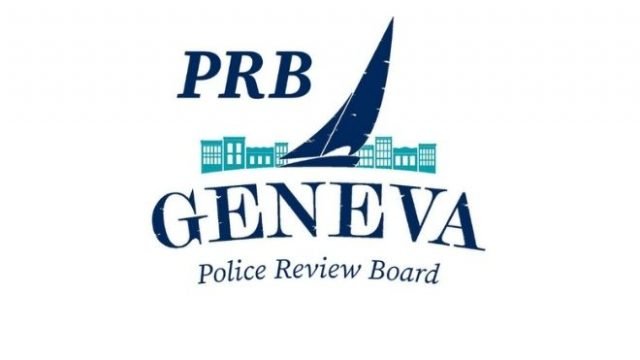 Who voted against an appeal?

Mayor Valentino cast the deciding vote at the Council’s special meeting held in Jordan Hall at Cornell AgriTech. Valentino had previously voted to establish the PRB, but made it clear that he did so only to enable further debate.

At-Large Councilor Frank Gaglianese III acknowledged the difficult- and ultimately impossible- job of representing the opinion of every Geneva resident. He said his vote against an appeal of Judge Doran’s decision was cast to represent the majority of Genevans. Gaglianese also expressed his disappointment that the creation of the PRB was not put to a referendum for city voters to decide its fate.

Salone said he canvassed Ward 6 residents after Doran’s ruling. The results of that survey, he said, informed his vote not to appeal Doran’s ruling. Salone is the Council’s newest member, who assumed the position of Ward 6 Councilor following the resignation of John Pruett in August 2021.

Salone said, “313 residents of the 6th Ward were canvassed. There were 129 in favor of appealing and 184 against it. With respecting the results, I will be voting no to appeal. I fully support the men and women in blue.”

Notably, the results of Councilor Salone’s informal poll of Ward 6 residents headed vastly different results than the survey conducted by organizers from April 16-19. The results of the survey of Ward 6 residents conducted by organizers and presented by resident Hannah Dickinson at the April 20 press conference showed 118 in favor of appeal and 21 against.

“The organizers’ results were 85% for, 15% against from a three-day canvas of about a third, maybe half, of Ward 6,” explained former PRB Chair Jess Farrell in a conversation with FingerLakes1.com’s Ted Baker. “So, to come up with a different result, I find those results astounding. That did surprise me, and I was very disappointed.”

Who voted for an appeal?

Ward 5 Councilor Laura Salamendra had been one of the driving forces behind Geneva’s PRB. She held a press conference in Jordan Hall just an hour before the Council’s meeting convened at the same location. At that press conference, Salamendra spoke along with former PRB Chair Jess Farrell, resident James McCorkle, resident Hannah Dickinson, and resident Ricky Price in support of an appeal. A statement from the African American Men’s Association of Geneva in support of an appeal was also read.

Additionally, Salamendra presented a photo allegedly depicting a screensaver image on a Geneva Police Department computer at the booking area of the Public Safety Building. That photo can be viewed here.

Related: Geneva City Council votes not to appeal judge’s decision to strike down Police Review Board

What’s the response from PRB supporters?

Salamendra released the following statement regarding the Council’s decision:

“This council got it wrong last night. Fourteen months ago we passed historic legislation—we actually used our position as City Councilors to do something. There was a clear need, community participation in the legislative process, and we acted. Last night, this council took a massive step backward and said: actually, we’re not interested in doing anything but maintain the old-boy-network status quo.

Hiding behind inaccurate accounts of process, some councilors claimed we would still have a PRB if we had gone slower, if we had written the law the way laws have always been written in Geneva. But we all know that last night’s vote was really about shielding a police department that doesn’t want any eyes on it.

In reality, the bill was discussed for seven months and was substantially revised during that time. Meanwhile, the councilors who opposed police accountability from the beginning repeated the same complaints and false assurances, which we heard once again last night. Martin Luther King’s words in “Letter From a Birmingham Jail” are applicable here: “Justice too long delayed, is justice denied.” Police accountability in Geneva has been too long delayed, but I am confident that the people will never stop fighting for justice.”

Related: INSIDE THE FLX: Former Geneva Police Review Board chair Jess Farrell on Justice Doran’s ruling and what’s next (podcast)


Farrell provided this statement to FingerLakes1.com following the Council’s decision:

“I’m disappointed by the council’s decision for a number of reasons. On the most basic level, I’m  frustrated that they chose not to appeal when it would have cost the city nothing and when numerous knowledgeable attorneys who studied the law and the ruling say an appeal has a reasonable chance of succeeding. I’m also frustrated that in their statements many councilors continued to misrepresent the history of this local movement and the law it produced.

Additionally, I feel it is against the interests of the people of Geneva to set a precedent where our government chooses not to appeal a law that was democratically passed by elected officials—particularly as one of the deciding “no” votes was cast by someone who was appointed not elected and this vote was a departure from his elected predecessor’s position on the law. But more than all of that, I’m disheartened that our city councilors felt it was ok to ignore their constituents and their colleague who say we need this board not from a hypothetical position but because they currently have actual complaints to submit.

To be clear, I’m not disappointed for myself or for the others who served with me on the Police Review Board, because I know that the work we did over the last several months will not be in vain.  We can repurpose what we learned about our community and our police department in other ways to bring greater accountability to policing in this city.  But I am heartbroken for all of the people in Geneva who feel a little less safe today because they saw their city councilors dismiss their complaints or those of their neighbors or family or friends, effectively saying that they either don’t believe them or they simply don’t care.”