McDonald’s fails to make the pledge they made. 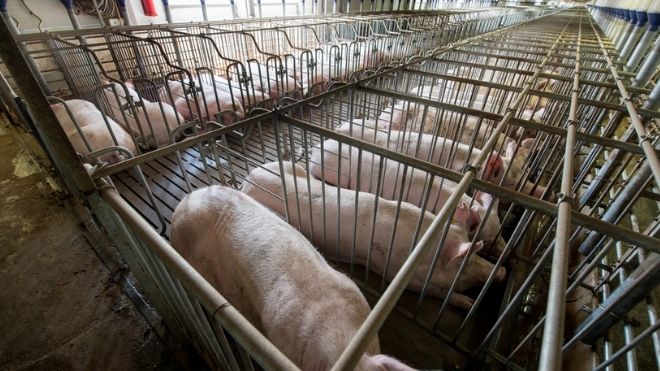 Now we all know that fast food chains aren’t the most trustworthy.

This one is no different.

McDonald’s missed the deadline on a bacon pledge.

McDonalds: Are they copying Wendy’s?

So most of us have seen the videos of how the chains McNuggets are made.

And if you haven’t seen it, we don’t recommend it.

It seems like their pork is sourced in a similar inhuman way.

The farms that McDonald’s gets it’s pork from keep their pigs in gestation stalls.

These do not allow a lot of moving around for the animals.

They have also been known to cause numerous health issues in pigs.

Such as overgrown hooves, UTIs, anxiety and bone fragility.

Since 2002 the U.S. Humane Society has been working to get rid of gestation stalls.

They have made progress by having them banned in several states.

And in 2012 McDonald’s vowed to stop sourcing it’s McRib patties and it’s bacon.

From farmers using these abusive practices.

The chain was supposed to have completed this by 2022.

And as of recently they have just backed out of that deal.

Now the chain is saying they aim to be rid of gestation stalls by 2024.

I guess for now we will just have to wait and see what happens.

In the meantime if this is something you’re concerned about.

You should read up on where you’re favorite fast food chain sources their products from.