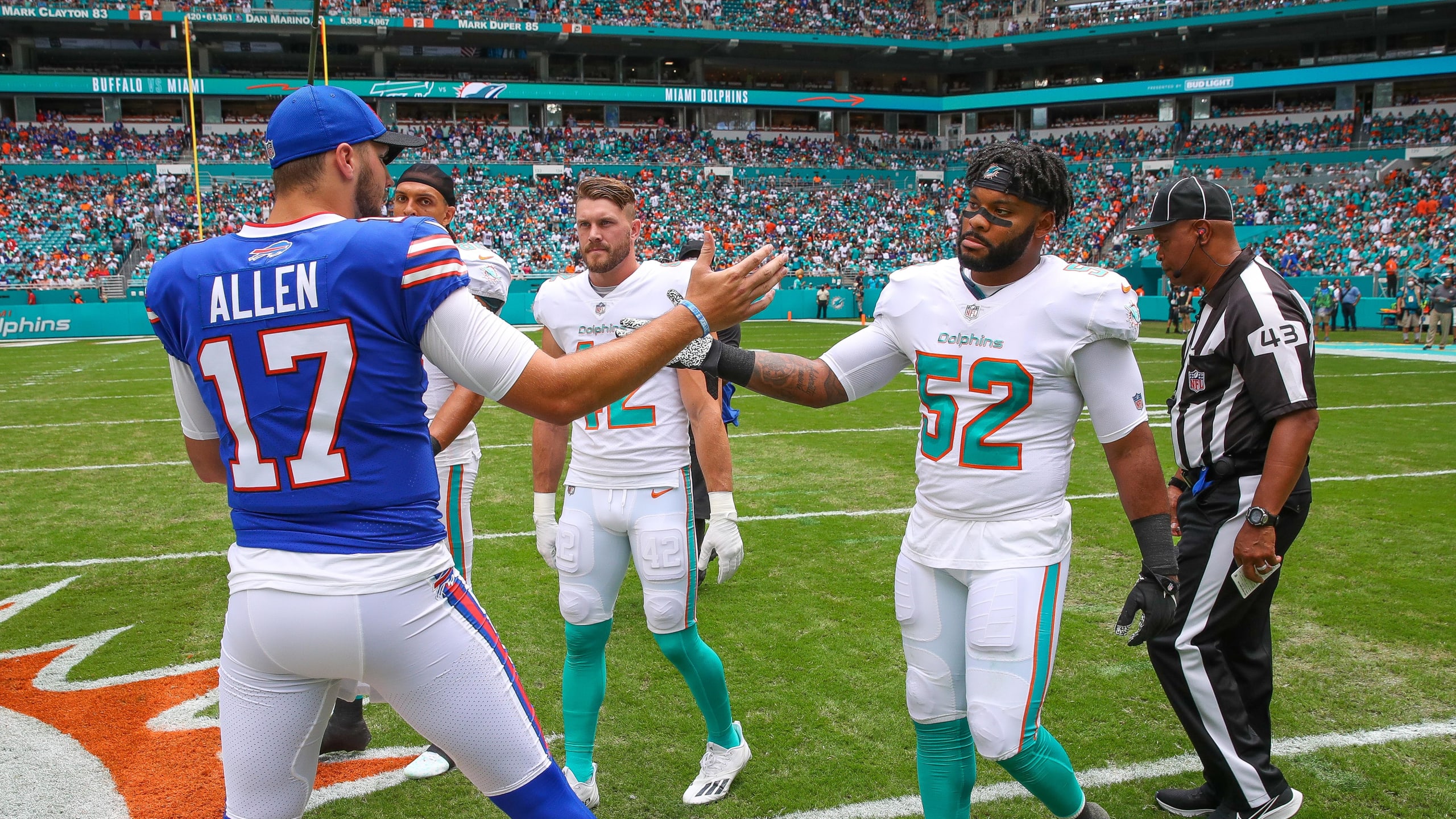 The eight finalists for the 2021 ART ROONEY SPORTSMANSHIP AWARD have been named, the NFL announced today. The award is presented each year to an NFL player who best demonstrates the qualities of on-field sportsmanship, including fair play, respect for the game and opponents, and integrity in competition.

A panel of former players from the NFL Legends Community selected the eight finalists from the 32 NFL club nominees. The panel is comprised of WARRICK DUNN, LARRY FITZGERALD, CURTIS MARTIN and LEONARD WHEELER. The eight finalists were listed on the Pro Bowl ballot under the NFL Sportsmanship Award category.

“I’ve had the honor of competing with many of the nominees on the list,” said FITZGERALD. “More importantly, I’ve had the blessing of knowing and building relationships with several of them off the field. The legacy of Mr. Rooney lives on through these men. They represent teamwork, competitiveness, hard work, optimism, and integrity. Congratulations to each of the nominees for this year’s Art Rooney Sportsmanship Award.”

The award was created in 2014 in honor of the late founding owner of the Pittsburgh Steelers and Pro Football Hall of Famer ART ROONEY, SR.

Slater is a finalist for the third consecutive year and fourth time overall while this marks Juszczyk’s second-straight season as a finalist. David has been nominated for the award in each of the past four seasons. Allen, Cooks, McCourty, Jordan and Thielen are all first-time nominees in 2021.​

The winner of the NFL Sportsmanship Award is determined by a vote of current NFL players. From the eight finalists, each team’s players submitted a consensus vote of their choice for the winner. As in Pro Bowl voting, a team cannot vote for its own player.​