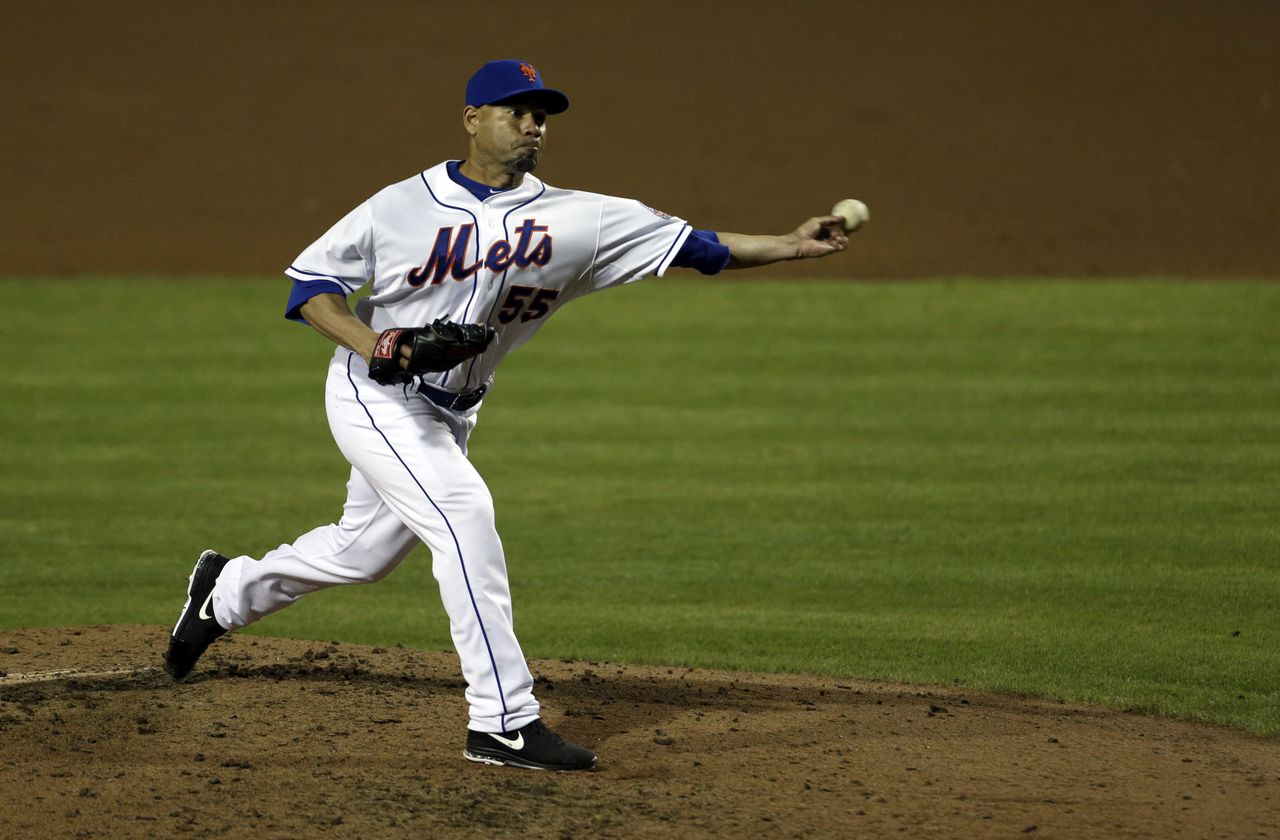 Former Mets left-handed reliever Pedro Feliciano has died at the age of 45.

According to Eduardo Perez of ESPN, Feliciano — who had been jet skiing with his family on Sunday — died in his sleep.

Said the Mets in a statement:

“The Mets are so saddened to hear of the loss to their family today. Pedro Feliciano will be remembered as a beloved member of the Mets organization for his impact as a great teammate as well as his reputation as one of the most competitive, durable and reliable relievers during his time in Queens. Our thoughts and prayers are with the entire Feliciano family. Rest in peace, Pedro.”

Feliciano had three separate stints with the Mets during his major league career, with New York being the only team he pitched for in the majors.

After debuting with the Mets in 2002 and pitching with them through 2004, Feliciano’s contract was sold by the Mets to the Fukuoka SoftBank Hawks of the Japanese Pacific League, which is where Feliciano spent the 2005 season.

Feliciano returned to the Mets in 2006 and was one of their most valuable relievers over the next five seasons.

Following the 2010 season, Feliciano signed a two-year deal with the Yankees, but never pitched for them due to a shoulder injury.

Feliciano returned to the Mets in 2013 and tossed 11.1 innings before retiring after the season.

Feliciano’s 484 games pitched for the Mets ranks second on the team’s all-time list, behind only John Franco’s 695.