A new report by Lending Tree indicates that affordable housing is not attainable for minimum wage workers in any state in the U.S. Policymakers and advocates have called for a $15 minimum wage, but that would not be enough. That wage, twice the federal minimum wage would fail to compensate for skyrocketing rent and homeownership costs.

The report comes as New York attempts to distribute rent relief to struggling renters more quickly in response of the coronavirus pandemic. The Cuomo Administration was criticized for its slow rollout of billions made available for the effort in New York — and weeks after Governor Kathy Hochul took office — under $400 million had made its way to renters.

“The reality is that in much of the country, the gap between the minimum wage and what it actually takes to live is huge,” David Cooper of the Economic Policy Institute told Yahoo. He’s a senior analyst there. “Even fairly ambitious targets like $15 are going to fall short in a lot of places.”

The federal minimum wage has been $7.25 since 2009. There are 30 states with higher minimum wages, but even those don’t cover the gap creating by rising housing costs. For example, in New York minimum wage is $12.50. That would make the maximum payable amount for housing $600 per month — assuming a person making minimum wage is working 40 hours per week.

For the study researchers based 40 hours of work per week, for 52 weeks of the year at minimum wage. Then, looked at the costs of renting and owning a home.

The researchers found that since 2000 owning and renting have both become less affordable. Even then though it was a huge problem. For example, median monthly homeowner costs in 200 was $771 above that true 30% of gross minimum wage income. Similarly rent was $296 higher than what a minimum wage worker could afford.

Taking that point a step further the report found that on average across the 50 states, an affordable monthly housing payment for minimum wage workers is $1,074 less than the median monthly housing costs paid by homeowners with a mortgage.

Lending Tree found the average difference between an affordable monthly housing payment and median gross rent is $533. The report found there are cheaper states to live for minimum wage workers — like Arkansas, Maine, and West Virginia — but even then median rent is still approximately $300 more than what they can afford.

What does this mean for workers and housing?

“The cost of everything just keeps going up,” Reginald Torro told FingerLakes1.com. “You can increase wages by a dollar or two, but that’s not going to make a difference when the cost of these things keeps going up like it has.”

The recent college graduate works with an engineering firm based out of Cleveland. Torro went to college in New York. He said many of his peers who graduated at the same time are struggling — or have given up on ever owning a home. “Forget about renting for a minute,” he told FingerLakes1.com. “We’ve heard for a long time that if we go to college, get a good job, do all the things you’re supposed to do — that owning a home would be possible. It’s not possible for minimum wage workers — or those who make several dollars more per hour than minimum wage.”

Renting and homeownership are inevitably linked. As homeownership becomes less attainable for those not making significantly over minimum wage — it’s acted as an extra driver of median rent.

Heggler is a nurse who makes $20 an hour now. She made about $18 when she started three years ago. “I was able to absorb the first $20 rent increase because of the then-new job,” she recalled. “The next three were a little tougher to swallow, and between all of the extra services that landlords charge for now — like snow removal, garbage collection, etc. — it’s eaten away at most of my raises. It’s basically like I haven’t gotten a raise.”

To be clear, Heggler is not a minimum wage worker — but the skyrocketing costs of housing — especially in high-demand markets makes housing complicated for everyone. Even those who make what some might consider a ‘living wage’ have a number of challenges to consider.

2 mins ago
Officials in Yates County say there’s more opportunity for residents to have their voices heard – as the state moves ... MORE

16 mins ago
Deputies arrested an 18-year-old from Manchester on an assault charge after an investigation into an incident on Glenview Drive. China ... MORE 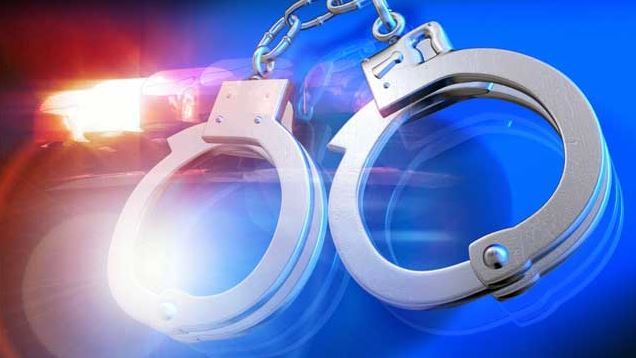 20 mins ago
Police say a Seneca Falls man was taken into custody following a domestic incident. On Monday around 8:48 a.m. police ... MORE

10 hours ago
The Ithaca Police Department says it will be taking steps to respond to an ‘uptick’ in violent crime that’s been ... MORE