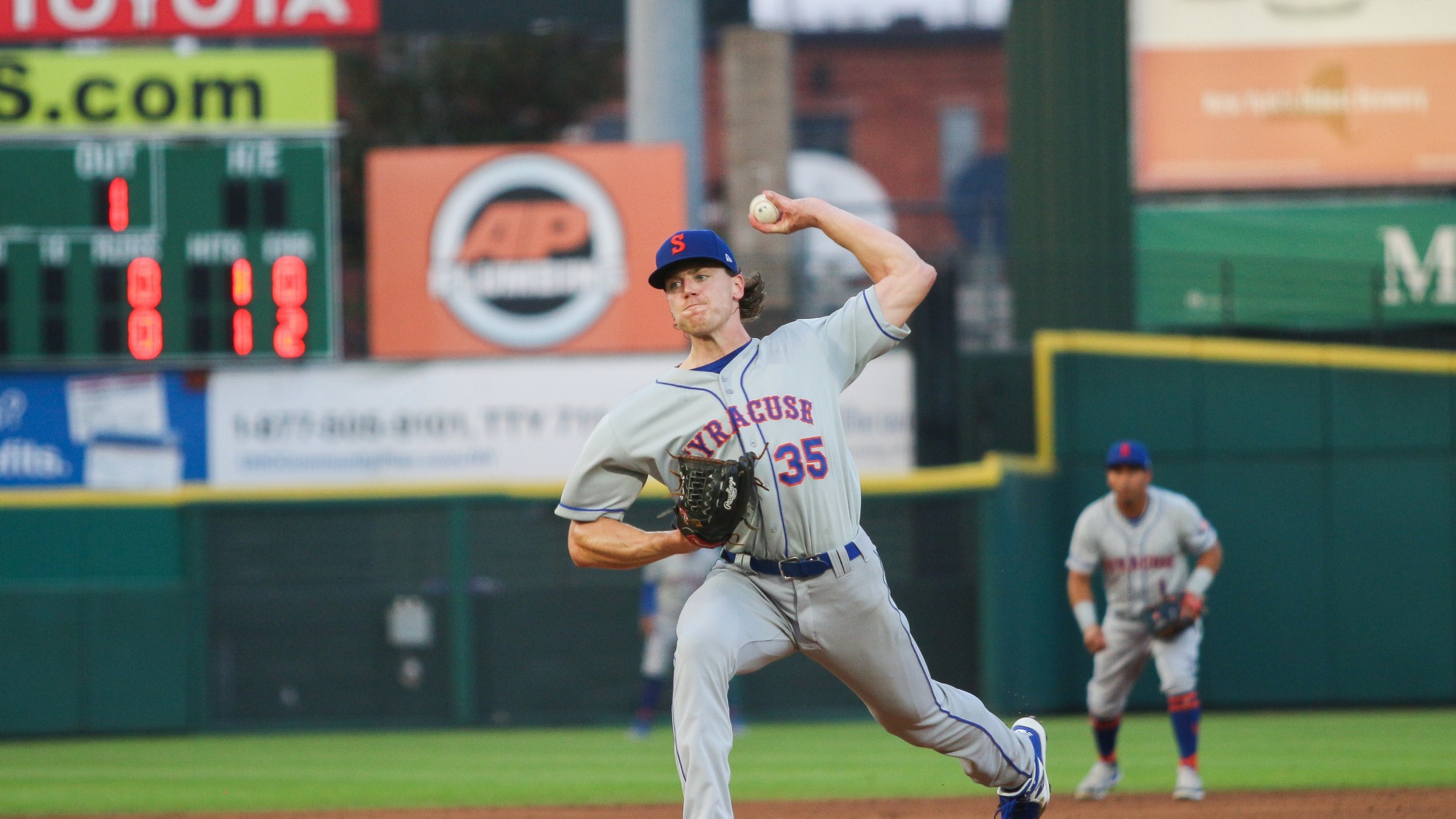 Walker picked up where he left off in his last start where he took a no-hitter into the eighth inning on July 29th against Scranton/Wilkes-Barre in just his second career Triple-A start. On Friday against Rochester, Walker allowed just one hit and three walks while striking out five batters, including three strikeouts in the seventh. On the other side, Rochester starting pitcher Josh Rogers threw seven and 1/3 innings of scoreless baseball while only giving up three hits and one walk while striking out five batters.

After nine scoreless frames, Syracuse (27-52) scored the game’s first runs in the top of the tenth. Chance Sisco started as the free extra-inning runner at second base for the Mets. After Orlando Calixte grounded out to shortstop for the first out of the frame, Martin Cervenka ripped a pinch-hit go-ahead double into the left-field corner that scored Sisco to give the Mets a 1-0 lead. Red Wings reliever Nick Goody then intentionally walked Mark Payton to put runners at first and second. Wilfredo Tovar followed with a line-drive single to center field, scoring Cervenka to increase the Syracuse lead to 2-0.

In the bottom of the tenth, Rochester (32-45) scored its first run. Mets reliever Roel Ramírez came out to pitch the bottom of the tenth. Jake Noll started as the runner at second base for the Red Wings. Leadoff hitter Daniel Palka flared a ball out to left field and Syracuse left fielder Mason Williams laid out to make a diving catch for the first out. Brandon Snyder followed with a single to left field to score Noll and cut the deficit to one, 2-1. Jecksson Flores came in to pinch run for Snyder at first base. Humberto Arteaga then grounded into a fielder’s choice where Flores was out at second, but Arteaga was safe at first. Ramirez struck out Rafael Bautista to end the game and secure Syracuse’s 2-1 win over Rochester.

The Mets had some scoring chances throughout the game, including in the top of the third where Payton hit a leadoff double, but then Rogers proceeded to retire 13 straight batters before issuing a one-out walk to Khalil Lee in the seventh.

The Red Wings had an opportunity to walk it off in the bottom of the ninth but were victim to a perfect inning by Franklyn Kilomé, who pitched two scoreless frames for Syracuse on Friday.

Syracuse and Rochester return to Frontier Field on Saturday night for game five of the six-game series. First pitch is set for 7:05 p.m.