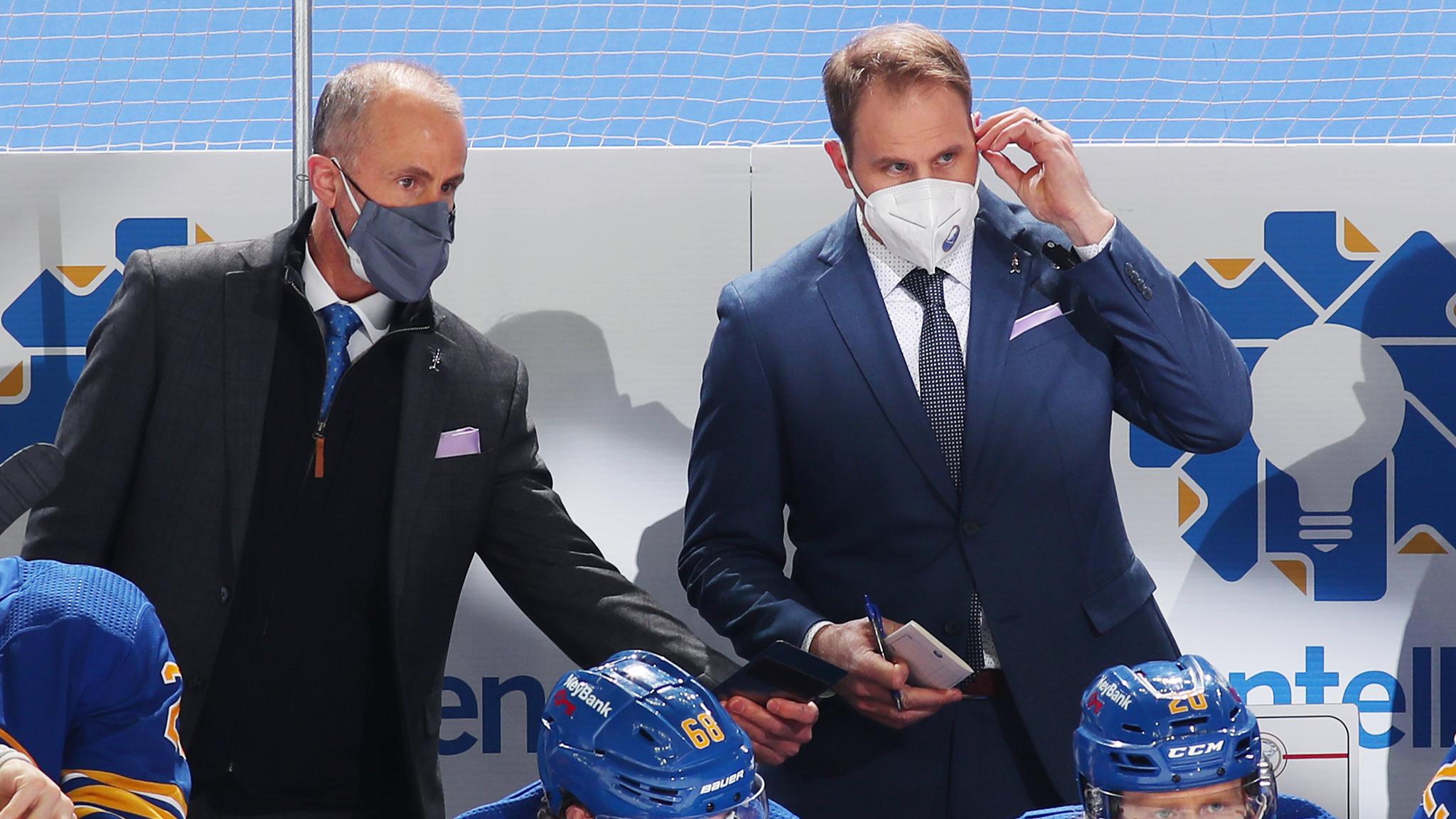 The Buffalo Sabres today announced the following changes to the team’s coaching and development staffs:

Jason Christie, Matt Ellis and Marty Wilford have been hired as assistant coaches and Justin White has been hired as video coordinator. Assistant coach Mike Bales and video coach Myles Fee will both remain with the team this season.

Adam Mair has been hired as director of player development and Dan Girardi will remain with the organization in a development role.

“In Marty and Jason, we’ve added two quality people and coaches to our organization,” Sabres coach Don Granato said. “Their experience at multiple levels of pro hockey will be crucial as we implement our vision for this team.

“We are also excited to bring back Matt Ellis, Mike Bales and Myles Fee and add Justin White to our group to continue building on the progress of last season. I’m confident in the passion and intensity they will all bring to the rink each day and their ability to get the best out our players and team.”

Christie began his coaching career as a player-coach on Granato’s staff with the Peoria Rivermen in 1999-2000, winning the league championship. He has since coached 21 seasons in either the ECHL or AHL, including the past four with the ECHL’s Jacksonville Icemen, and is the ECHL’s all-time wins leader with 667.

Wilford played under Granato with the ECHL’s Columbus Chill in 1997-98. He spent seven seasons as an assistant coach in the AHL prior to earning an assistant role with the Anaheim Ducks, a title he held for the past three seasons.

Ellis joined Granato’s staff as an interim assistant coach on March 17 after previously serving as director of player development. He was credited as a guiding voice for young players such as Casey Mittelstadt and Tage Thompson, both of whom spent time participating in Ellis’ taxi squad skates before enjoying breakout performances during the final month of the season.

Ellis played 356 games in the NHL, including 286 with Buffalo.

Bales has served in his current role for the past two seasons. Fee joined the organization prior to last season, while White spent the past three seasons as a video coach with the Rochester Americans.