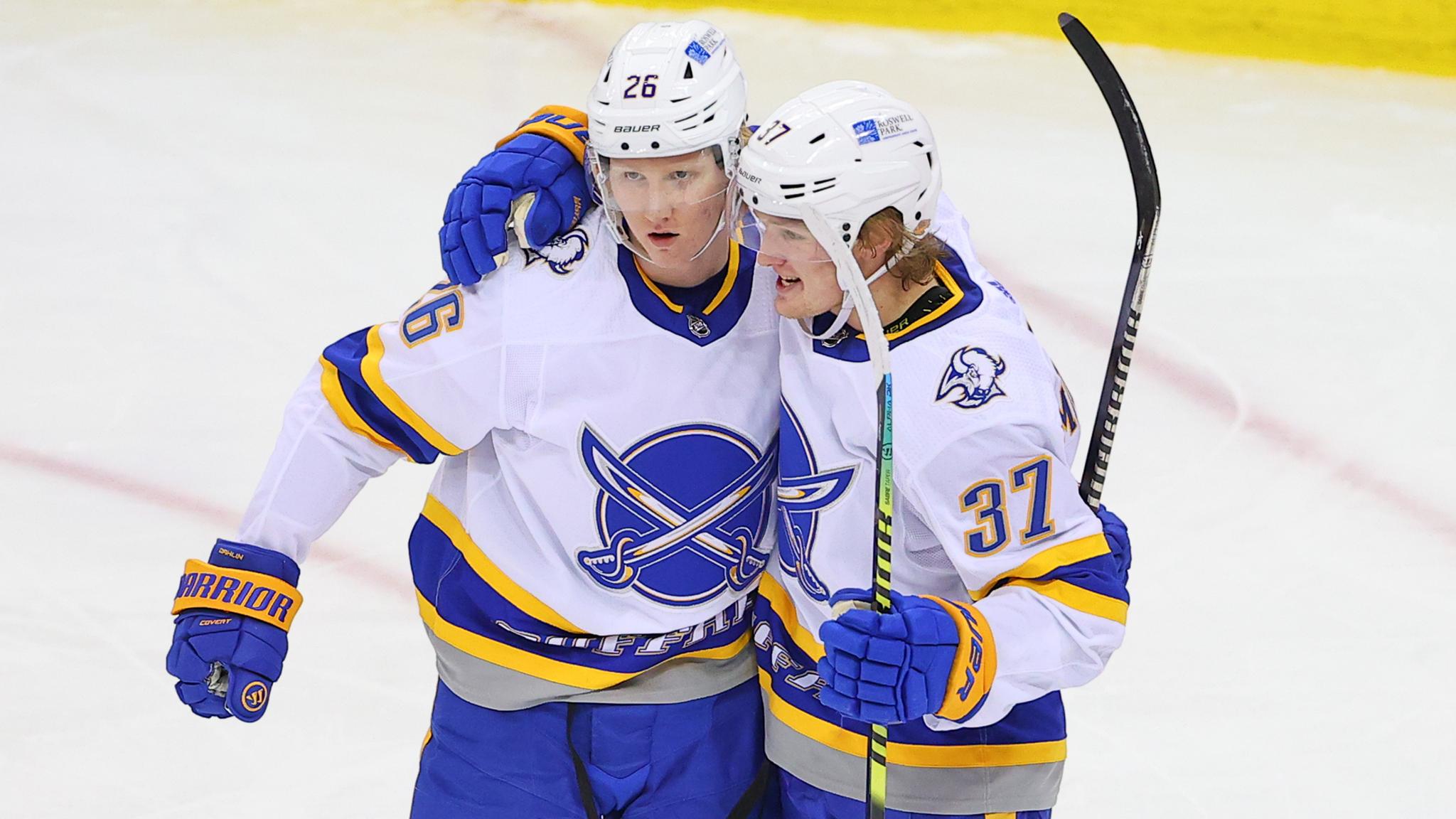 The team did not extend qualifying offers to forward Dawson DiPietro and goaltender Stefanos Lekkas, making them eligible for unrestricted free agency.

Asplund, Mittelstadt, Dahlin, and Jokiharju all saw increased roles during the final month of last season under coach Don Granato. Dahlin, 21, and Jokiharju, 22, saw regular usage as Buffalo’s top defense pair during that time, with Dahlin averaging a team-high 23:06 of ice time after April 1.

Mittelstadt, 22, alternated top-line center duties with rookie Dylan Cozens during that stretch and tallied 17 points (9+8) over the final 22 games of the season. Asplund, 23, had nine points (5+4) in 21 games after April 1, often playing on Mittelstadt’s wing.

DiPietro missed the entirety of last season due to an injury after signing a one-year deal as an undrafted free agent out of Western Michigan University. Lekkas joined Rochester on a professional tryout in March and appeared in seven games. He finished the season on a one-year deal with Buffalo.