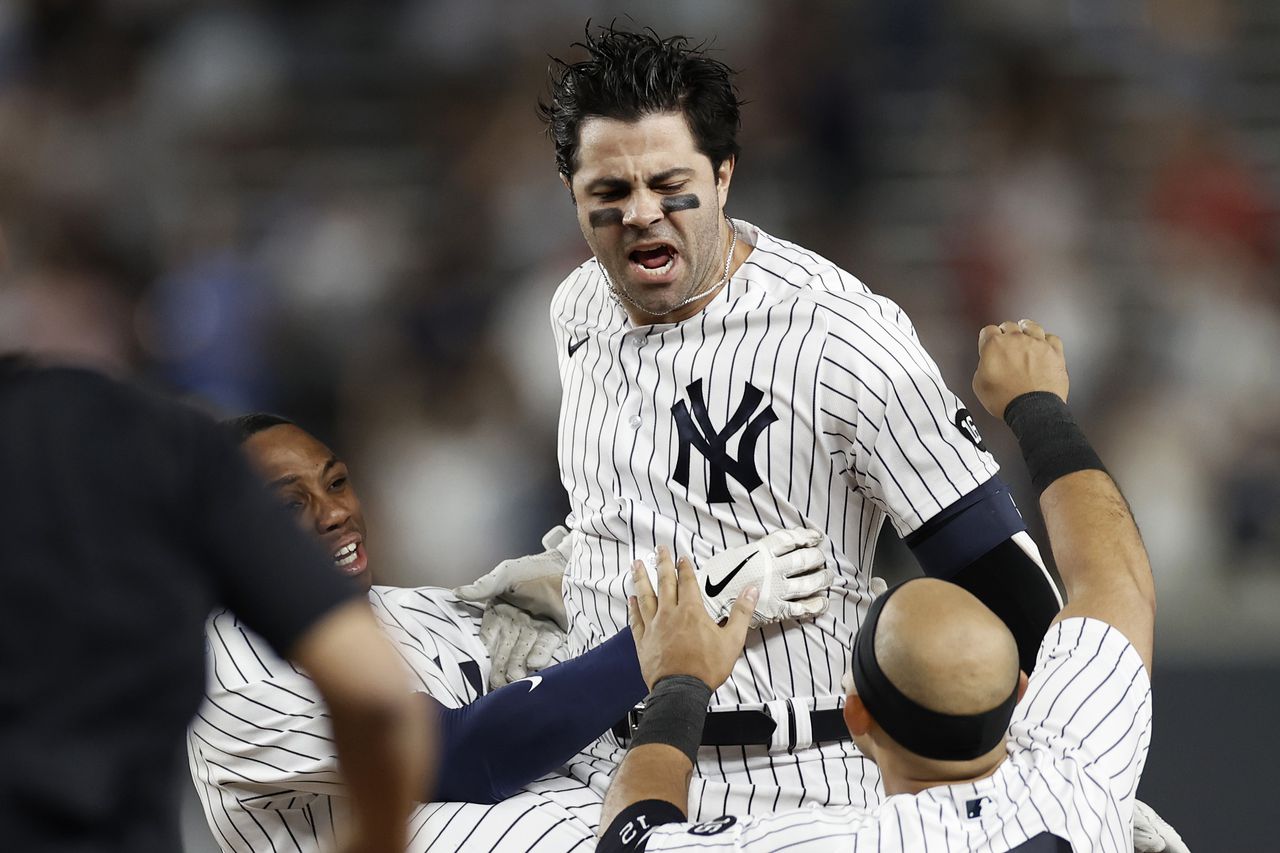 The resilient Yankees continue to roll, sparked by a new-look lineup featuring an appealing blend of power and speed — just in time for another crucial weekend showdown against the Red Sox.

Ryan LaMarre knocked a pinch-hit RBI single in the 10th inning off left-hander Ranger Suárez as the Yankees rallied for their fourth consecutive win, overcoming an eighth-inning bullpen meltdown in a 6-5 walk-off victory over the Phillies on Wednesday night at Yankee Stadium to complete a sweep of the two-game Interleague series.

The Bombers’ seventh walk-off win of the year came after Zack Britton and Nick Nelson couldn’t preserve a three-run lead in the eighth. Gleyber Torres booted a Rhys Hoskins grounder to open the inning, and Britton walked two hitters before Luke Williams greeted Nelson with a two-run single. Nelson later bounced a changeup for a wild pitch that tied the game at 5.

In the seventh, Giancarlo Stanton had delivered a go-ahead RBI single and Rougned Odor followed with a long two-run homer, building New York’s first lead of the game, a 5-2 advantage. Torres also homered for the third time in four games and Greg Allen had an RBI double as the Yanks improved to 9-3 in their past 12 games and notched their fourth consecutive series victory.