One dead after fatal car-buggy crash in Yates County

The Yates County Sheriff’s Office is investigating a fatal crash involving a car and horse-and-buggy.

It happened on Sunday in the town of Potter along State Route 364 near Oak Road.

Deputies said Robert Clark, of Dundee struck the buggy as both were traveling west. It happened around 4 p.m.

Deputies also reported that the buggy was occupied by Ada and Mahlon Horning, both Penn Yan residents.

Ada Horning died at the scene, according to deputies. Mahlon was airlifted to Strong Memorial Hospital with a number of injuries. A passenger in Clark’s car was also taken to a Penn Yan hospital for non-life threatening injuries.

Clark was charged with following too closely and failure to use due caution while approaching a horse and buggy.

Deputies said the horse survived the initial crash, but was euthanized at the scene due to suffering a serious leg injury. 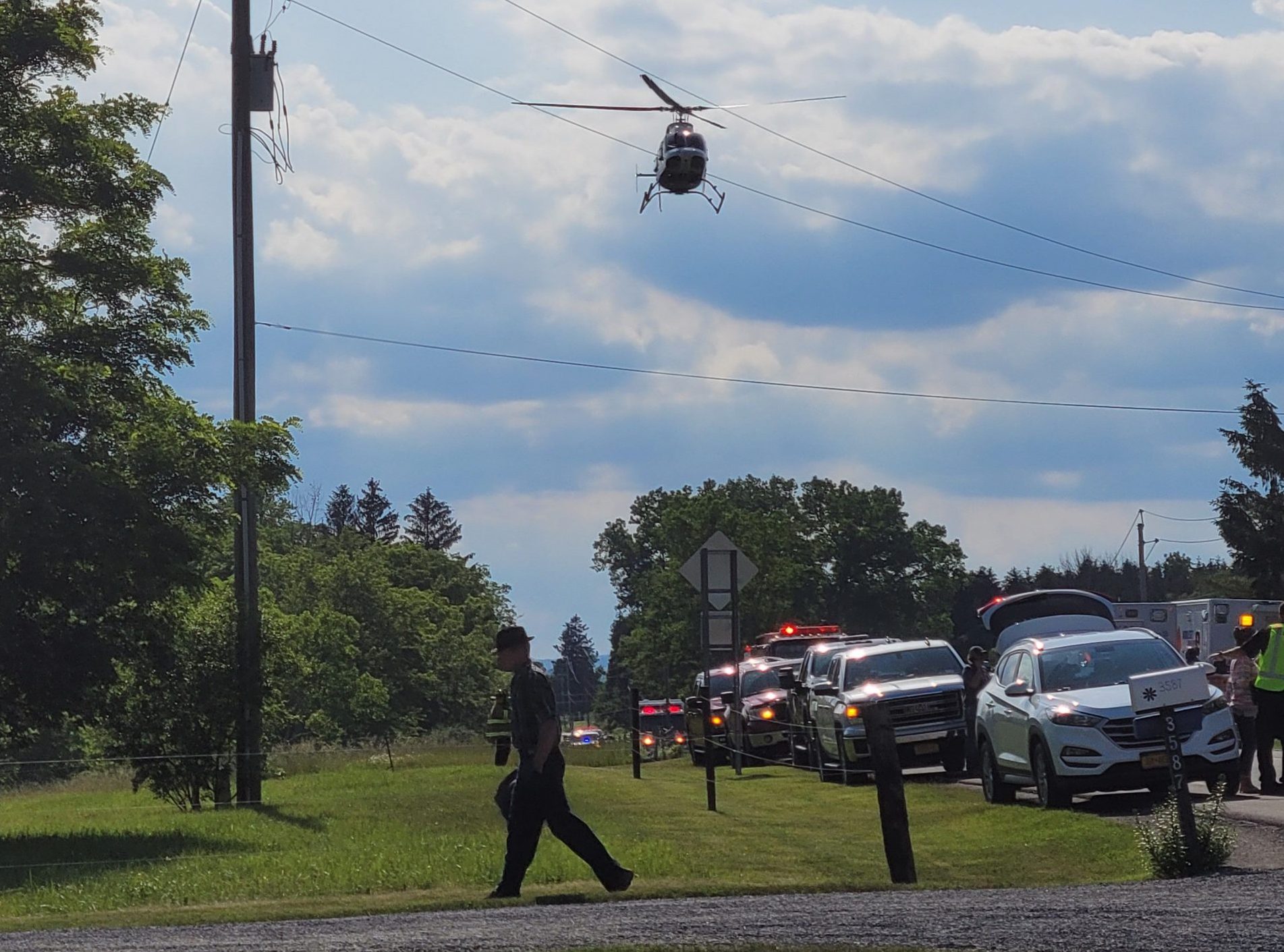