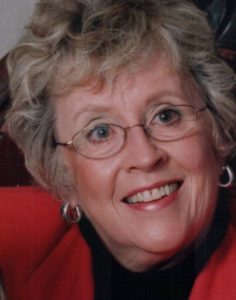 A vacancy had become a point of contention among the supervisors- as the relationship between the IDA and Board of Supervisors grew strained.

Mary Anne Kowalski, a Romulus resident, who previously worked for Seneca County- and has a lengthy resume working for state agencies and serving on regional boards will join the IDA after getting 11-2 approval from the supervisors.

The Board had struggled with filling the vacancy, as IDA leadership wanted to conduct virtual interviews of candidates. The supervisors had also voiced frustration about the lack of ‘South County’ representation on the IDA board.

Board Chairman Bob Hayssen said earlier that he would only vote for a woman from the southern half of Seneca County. As it turned out- Kowalski was the only candidate that fulfilled those criteria.

Kowalski said she was surprised to learn that the Board had opted to choose her this quickly. “I was very surprised to find out that the Board of Supervisors had appointed me to the IDA last night,” she said on Wednesday. “I will work very hard to make sure that the incentives and tax benefits awarded advance the job opportunities and economic welfare of the people of Seneca County by actively promoting, encouraging and attracting economically sound commerce, industry and recreational opportunities. And, I promise to work with transparency, integrity and accountability.”

Fayette Supervisor Cindy Lorenzetti said in a call on Wednesday that she was happy with the outcome. “Seneca County gets a representative on the IDA board that cares about the community and will do her due diligence,” she said. “She has a proven track record.”

The appointment is a five-year term. The Board also briefly discussed the prospect of reviewing past appointment resolutions to determine if terms were part of them. Supervisor Hayssen indicated that moving forward- five-year terms be used as the standard applied to the posts.

In response to the supervisors decision- leaders from the IDA sent a letter to the Board condemning its choice.

The letter can be read in-full below:

Dear Seneca County Board of Supervisors,

We are deeply concerned by the Board’s decision to use Rule 29 to circumvent the public process for selecting candidates for the IDA Board.

Five candidates applied for the vacancy in response to the public notice that was put out in our local newspapers. The IDA, in consultation with Supervisor Barnhart, put together an interview committee consisting of 4 members of the Board of Supervisors and 3 members of the IDA Board. The group was set to interview all 5 candidates in-person in the Board of Supervisors conference room on May 17th and 19th.

The Board of Supervisors’ decision to flagrantly disregard the established process and proceed with appointing a candidate on May 11th without having conducted any interviews is unacceptable. You have done a disservice to the businesses and people you are elected to serve.

Many years ago, the IDA, with assistance from the Board of Supervisors, took steps to make the interview and appointment process more open and transparent to the public. Your actions last night fly in the face of that progress and discourage public participation in our county’s economic development.

Moreover, your last-minute decision to confirm the appointment without providing any advance notice or explanation thereafter to the IDA makes it clear that the Board of Supervisors is not willing to work with partners for the betterment of the community.

We once again ask the Board of Supervisors to participate in an open, public IDA Board appointment process in the future, which has always been in the best interests of the community and the businesses we serve.

Sarah Davis, Executive Director & Steve Brusso, Chairman of the Board

56 mins ago
Fourth of July fireworks displays in and around the Finger Lakes: Sunday Auburn Symphonia concert at 8 p.m., followed by ... MORE

2 hours ago
There’s a new name and some new responsibilities for the Yates County Department of Emergency Management. It’s now known as ... MORE

5 hours ago
A day after the state Department of Environmental Conservation denied Greenidge Generation an air permit for its power plant in ... MORE

6 hours ago
After a special session that took many in New York by surprise, Governor Kathy Hochul signed legislation bolstering restrictions on ... MORE

3 hours ago
LIEAP stands for Low Income Energy Assistance Program, and is a federally funded program that helps with heating bills. The ... MORE