What can we expect for the MLB World Series 2021?

Baseball like most other sports was heavily affected by the COVID-19 pandemic. Events were either cancelled or postponed, and when games were being played again many took place in empty stadiums. However Major League Baseball (MLB) didn’t want another year of disruptions to the sport, so plans for a full 162 game season with all 30 teams in 2021 were put in place on July 9th, 2020.

Those plans came to fruition as the MLB 2021 season kicked off on April 1st; thanks to a combination of the safety measures put in place, and both the COVID-19 infection rate and death toll falling across North America. It is scheduled to run all the way through until October 3rd, as long as the situation doesn’t take a turn for the worse and create future lockdowns.

The top teams from the 30 involved will then enter the playoffs with a chance to make it to, and win, the World Series, which is scheduled to take place starting on October 26th. Whilst it may still be a way off yet, it hasn’t stopped pundits and fans alike discussing what to expect of the MLB World Series this year. So let us take a look at what we can expect later this year. 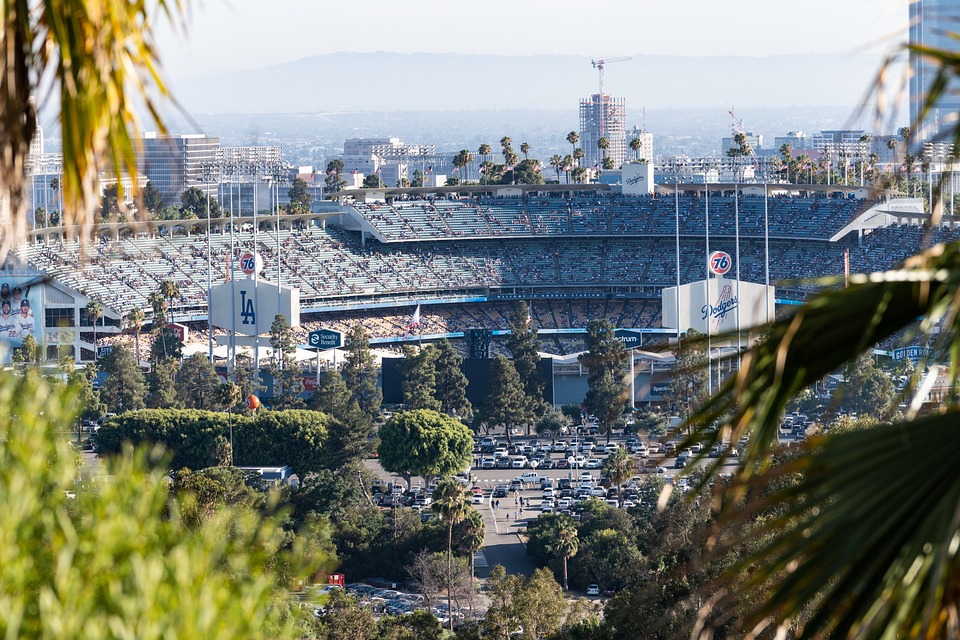 Wherever you look, no matter how far away October may be, MLB odds have the LA Dodgers as favorites to win the World Series. Doing so will make them the first team to win back-to-back titles in 20 years.

But there is a long time to go with the current MLB season just over a month in, and many good teams who will fancy themselves as favorites for the title this season. One team looking to take the crown from the Dodgers is their rivals down the I-5, the San Diego Padres.

Stacked as the second favorites this year in the MLB, the Padres will be one of the main contenders for the World Series. Currently ranked 2nd in the National League (NL) West, they sit above the Dodgers along with the San Francisco Giants who top the division.

Best of the Rest

However, there are several other in form teams all topping their own respective divisions. In the American League (AL) you have the Red Sox top of the AL East, the White Sox joint top with the Cleveland Indians in the AL Central and the Oakland Athletics topping the AL West.

The remaining divisions in the NL also have some strong contenders too, with the Philadelphia Phillies well clear at the top of the NL East, and the St Louis Cardinals at the top of NL Central.

Whilst they may be struggling for form at the moment, and sitting in a lowly 4th in their division, it would be rude not to also mention the New York Yankees. They have tough opposition to face in the East, and haven’t made the World Series since 2009, but they do hold more titles than any other team with 27 World Series to their name. 16 more than the next most successful team in MLB.

It’s a team that wins games, every member working together for the common goal of winning games and climbing their divisions. That said, it doesn’t mean there aren’t big stars that can really help a team out when they may feel down and out.

One reason the Dodgers are favorites is because of 28 year old right field Mookie Betts. One of the most complete players in MLB and ranked by many as the number one in the National League, Betts leads the competition in both defensive runs saved and ultimate zone rating. But he’s also the most productive baserunner in his time with the Dodgers too. A great asset that will definitely be a key player if the Dodgers are to win a second consecutive World Series title.

But, the Dodgers aren’t the only team with big names, as their rivals for the World Series title this year, the Padres have a world class player in their ranks too in Fernando Tatis Jr. Only 22 years of age, Tatis Jr. is one of the youngest stars in MLB and the shortstop has had impressive stats considering his short playing career. So impressive they convinced the Padres to offer him a 14-year contract worth $340m.

Whilst these two players may be fighting it out for the World Series with their respective teams, there are other big players out there this season who will also be a joy to watch even if they don’t quite make it. None more of a favorite amongst fans than 29 year old center fielder Mike Trout of the Los Angeles Angels. Trout has more seasons than anyone else, including legendary teammate Albert Pujols, of at least a 165 OPS+, which included last season stats despite the disruptions that COVID caused to many teams.

We’ve looked at the favorites, the best of the rest and some of the key players that will be involved this year. It’s hard to tell for sure who will make and potentially win the World Series with so much time and so many games left to go. But, what is guaranteed though is it could be one of the toughest and closest seasons yet with so much top talent around, and no single team running away with it so far in the early season.