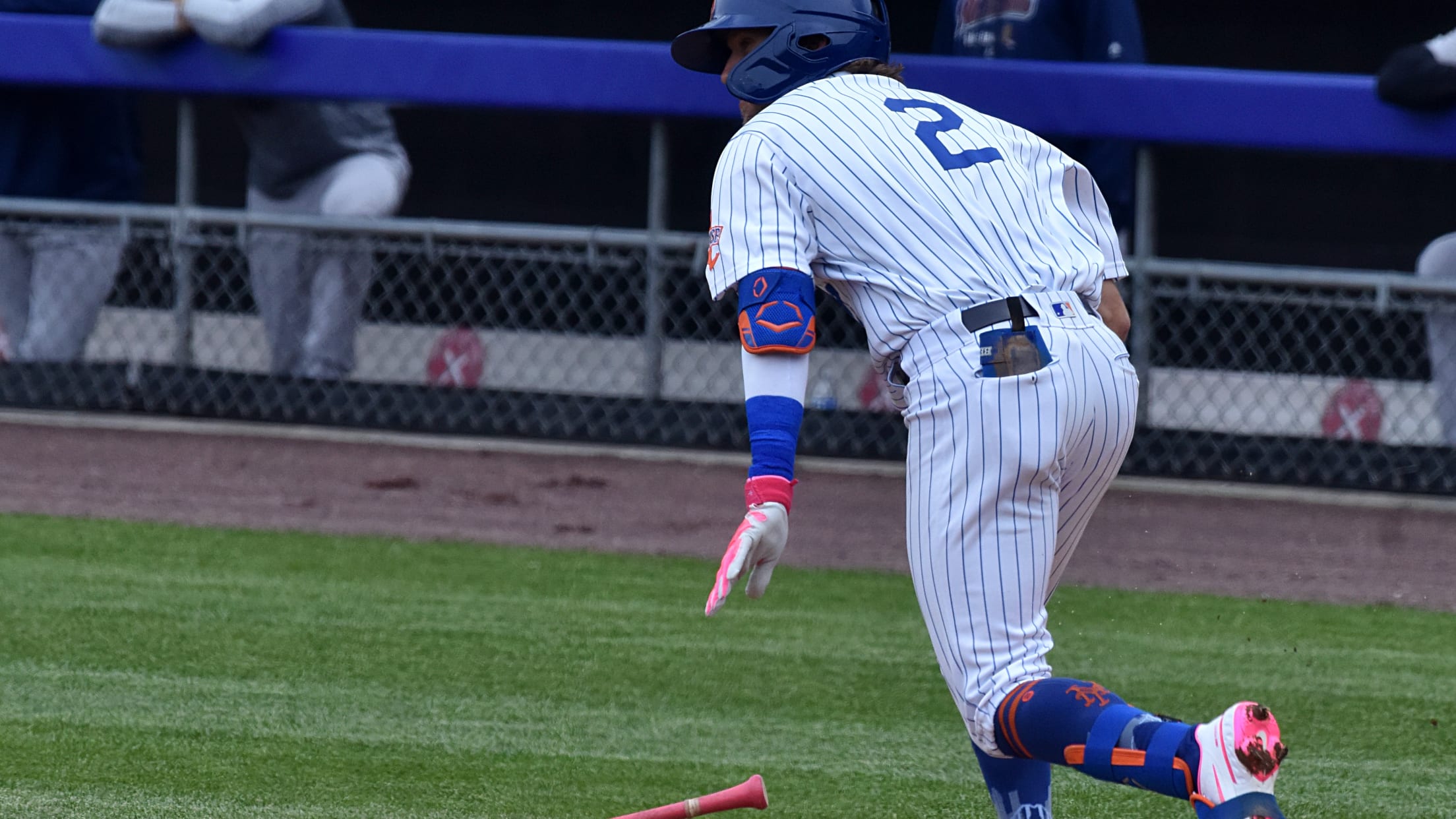 The Syracuse Mets came back from five runs down to take a lead, but the Scranton/Wilkes-Barre RailRiders offense was too much as the Mets fell to the RailRiders, 15-10, on Sunday afternoon. Jake Hager went 4-for-4 with two walks for the Mets, extending his hitting streak to six games.

Scranton/Wilkes-Barre (5-1) jumped out to a 5-0 lead over the first three innings. Trey Amburgey had an RBI single in the first inning for a 1-0 edge, Luke Voit knocked in two runs with a double in the second for a 3-0 advantage, and Amburgey hit a two-run home run in the third to make it a 5-0 ballgame. Amburgey’s home run went over the batter’s eye in center field. That is only the seventh time a player has hit a ball that cleared the center field batter’s eye in NBT Bank Stadium history. The last was Erik Kratz with Lehigh Valley on July 16, 2011. The estimated distance of a home run over the batter’s eye is at least 450 feet.

Syracuse (1-5) began a comeback in the bottom of the third inning. The Mets loaded the bases with just one out. Wilfredo Tovar brought home one run on a fielder’s choice to make the score 5-1. After a walk reloaded the bases, Deivy Grullon hit a bases-clearing double off the right-center-field wall, cutting the Scranton/Wilkes-Barre lead to one, 5-4.

The RailRiders added a run in the top of the fourth on a Voit two-out solo homer for a 6-4 edge, and the Mets responded with a bases loaded walk in the bottom of the fourth to trim the deficit back to one, 6-5. But, Scranton/Wilkes-Barre got another run with one swing of the bat when Derek Dietrich homered to begin the fifth inning for a 7-5 advantage.

The Mets came all the way back and took the lead in the bottom of the fifth. With two outs, Drew Ferguson walked, stole second, and advanced to third on a throwing error by RailRiders catcher Rob Brantly. After Bruce Maxwell walked to put runners at first and third, Johneshwy Fargas hit a three-run home run, giving Syracuse an 8-7 lead. The inning continued with Mason Williams getting hit by a pitch and Jake Hager singling to put runners at first and third. A Tovar single brought home Williams to give the Mets a two-run advantage, 9-7.

That lead would be short-lived though. The RailRiders regained the lead in the top of the sixth. An error, single, and walk loaded the bases. A walk with the bases loaded pulled Scranton/Wilkes-Barre within one, 9-8. Then, a Socrates Brito single brought two more runs home as the RailRiders took the lead, 10-9.

In the seventh, Scranton/Wilkes-Barre continued the hot stretch from the plate with a two-out Chris Gittens two-run homer to make it a 12-9 ballgame.

The RailRiders did not score in the eighth, but they scored three runs in the top of the ninth for a 15-9 advantage.

Syracuse scored one run in the bottom of the ninth on a Hager single to make it a 15-10 game, but that would be the final score.

The Mets are off on Monday before traveling to Worcester to begin a six-game series against the Red Sox on Tuesday. That game will be the first played at brand-new Polar Park, the home of the Worcester Red Sox. First pitch on Tuesday is scheduled for 3:05 p.m.