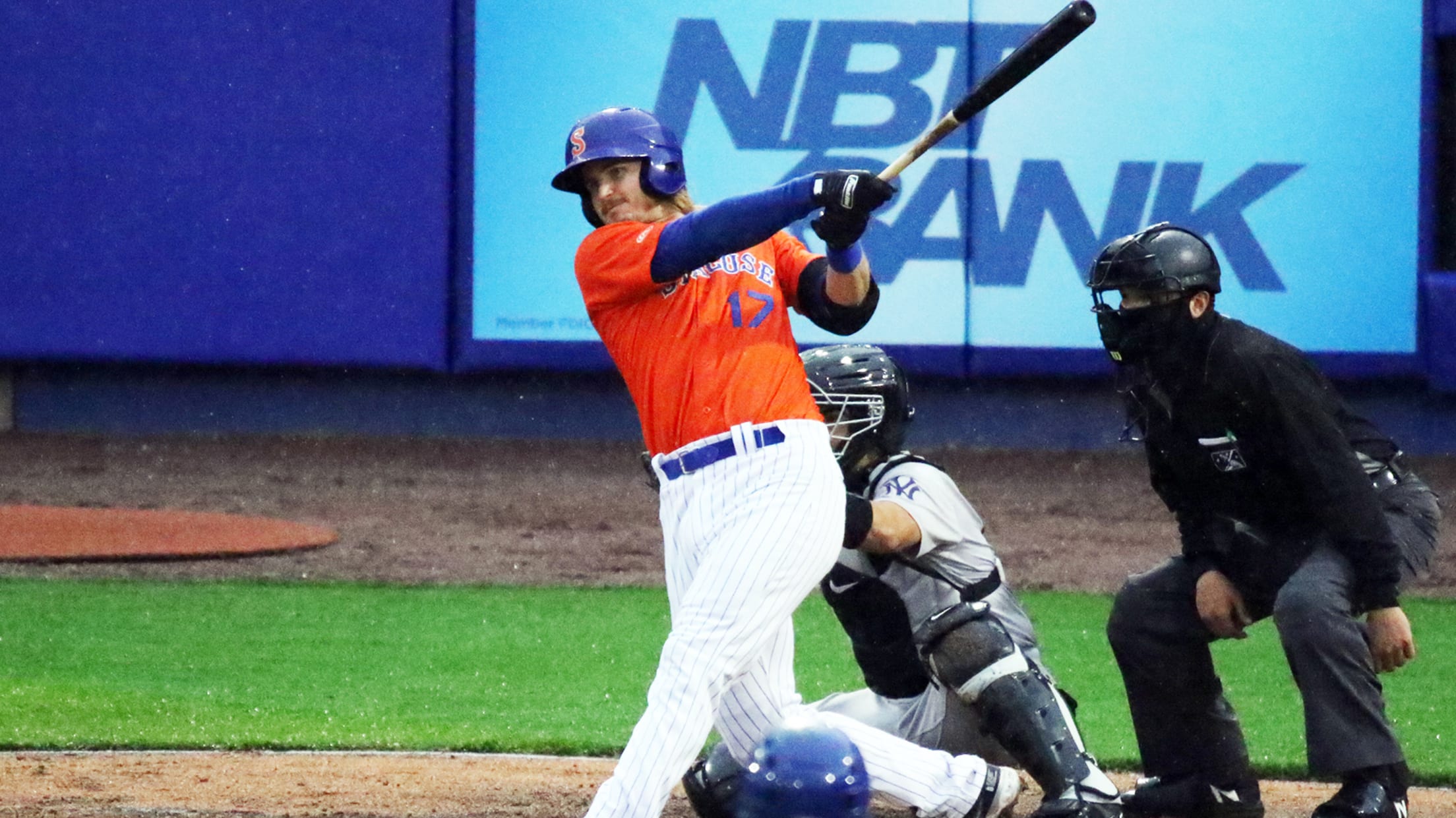 The Syracuse Mets fell behind early and didn’t mount a large enough rally as the Mets fell to the Scranton/Wilkes-Barre RailRiders, 7-3, on Friday night at NBT Bank Stadium. Martin Cervenka hit his second home run of the season for Syracuse despite the loss.

Scranton/Wilkes-Barre (3-1) jumped on the board in the first inning. Luke Voit led off the game with a walk. Two batters later, Chris Gittens hit a two-run home run for a 2-0 lead.

The RailRiders added to their advantage in the top of the second inning. With one out, Robinson Chirinos hit a solo home run to make it a 3-0 game.

Syracuse (1-3) responded in the bottom of the second. With one out, David Thompson doubled. Thompson advanced to third base on a wild pitch and scored when Cervenka homered to left field to cut the RailRiders’ lead to one, 3-2.

Scranton/Wilkes-Barre struck right back in the top of the third. With one out, Greg Allen doubled, Gittens walked, and Trey Amburgey walked to load the bases. Derek Dietrich followed with a walk to bring home Allen for a 4-2 RailRiders edge. Ryan LaMarre then poked a single to the outfield, scoring both Gittens and Amburgey to make it a 6-2 game. Chirinos added an RBI single to score Dietrich and extend the Scranton/Wilkes-Barre lead to five, 7-2.

The Mets got one run back in the bottom of the third. With Drew Ferguson at third, Jake Hager at second, and no outs, Wilfredo Tovar hit a sacrifice fly to left field that scored Ferguson to trim the Scranton/Wilkes-Barre advantage to four, 7-3. After a Brandon Drury walk, the RailRiders went to the bullpen, summoning Nestor Cortes who retired the next two batters to end the frame.

Cortes retired all eight batters he faced before the game was called because of rain just before the bottom of the sixth inning.

Syracuse relief pitcher Thomas Szapucki did not allow a run in his three and 2/3 innings pitched, allowing four hits and three walks, but striking out five batters.

The Mets and RailRiders meet again on Saturday evening. First pitch is scheduled for 6:35 p.m.