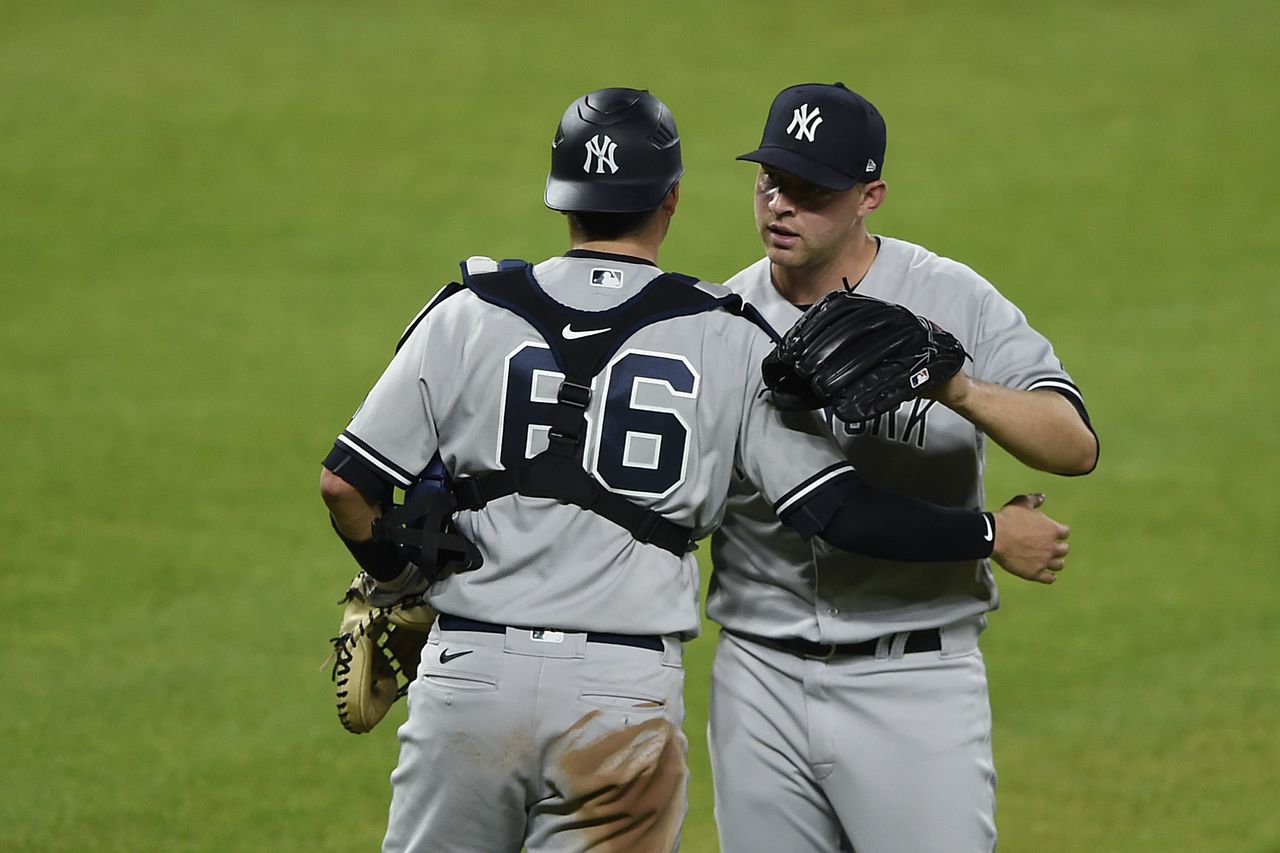 The Yankees have made room for the new guy.

After a 7-0 win over the Orioles at Camden Yards, the Yankees demoted right-hander Michael King to the alternate site.

On Thursday morning, the Yankees activated left-hander Wandy Peralta, whom they acquired Tuesday from the Giants in exchange for outfielder Mike Tauchman. New York also got a player to be named later in the deal.

The move was expected, but likely frustrating for King, who continues to impress.

On Wednesday, he pitched another two scoreless innings, making it 11 clean frames in three appearances this season. The righty has been demoted after each time he’s pitched this year. Seven of the Yankees’ eight bullpen spots belong to relievers without minor-league options. They have used the eighth spots as a revolving door for youngsters like King, Nick Nelson, Brooks Kriske and Albert Abreu.

King has gone 42 batters without allowing a run this season — the third-best in the majors, according to researcher Katie Sharp. Over the span, he’s struck out nine and allowed just four hits and four walks.

Peralta has a career 4.72 ERA over 220 appearances and was good against lefties last season, holding them to a .174 mark.

“From a few clips that I watched the day before (Tuesday),” bullpen coach Mike Harkey said, “this is a guy that has some plus stuff. I think it’s going to be a great addition to our bullpen. We have a lot of different guys down there who can do a lot of different things. I think what he brings to us is just someone else who can pitch in some high-leverage situations and not allow us to overuse a lot of the same guys over and over.”