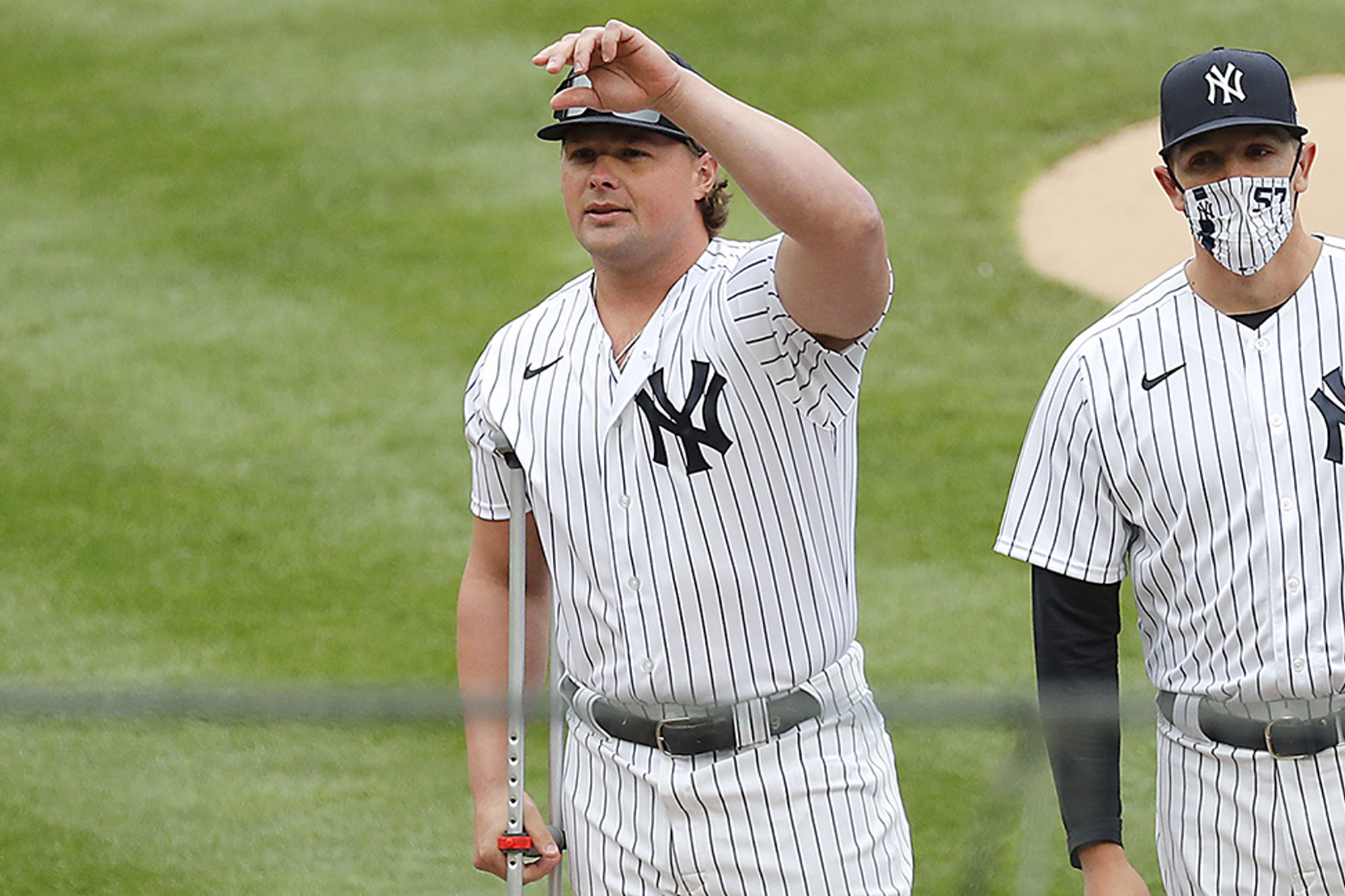 The progression of Yankees first baseman Luke Voit is so far, so good.

And on Thursday, he’ll take a big step toward his return from a partially torn meniscus.

Voit, who is at the Alternate Site, will be facing live pitching for the first time since he suffered the injury, manager Aaron Boone told reporters on Thursday.

Earlier this month, Boone said he expected last year’s home run leader to be back some time in May — with Voit currently at the Alternate Site, that original plan seems to be in place.

Voit has done baseball activity at PNC Park in Moosic, Pa. throughout the last seven days, but surely, Thursday is the biggest step of his progression thus far.

The Yankees are clearly missing Voit’s bat — their .375 slugging percentage as a team is ranked 21st in baseball. His immediate replacement, Jay Bruce, retired after slashing .118/.231/.235, and Mike Ford is hitting just .167, although two of his three hits are homers.