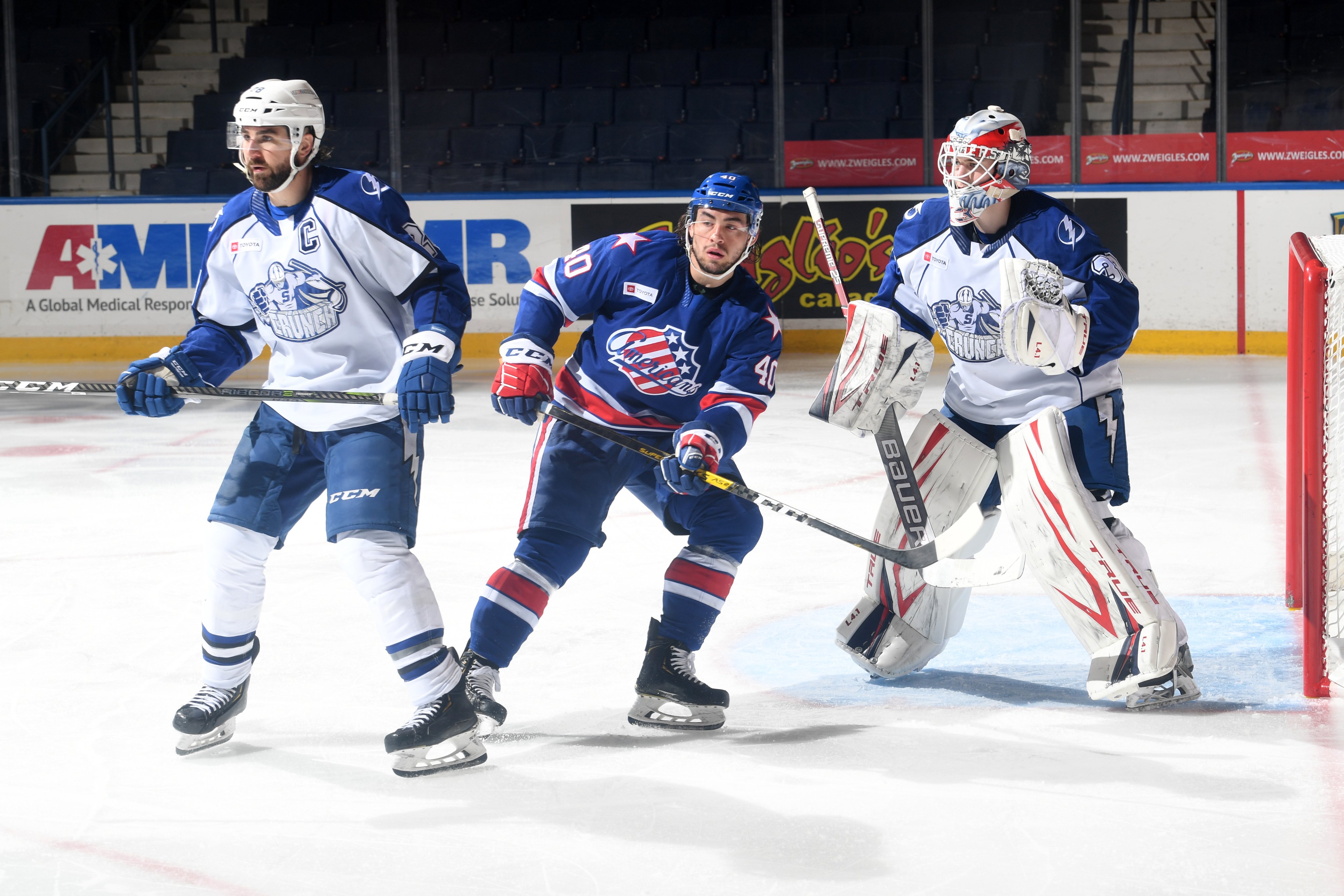 The Rochester Americans (7-5-2-1) erased a one-goal deficit to force overtime, but it was the Syracuse Crunch (9-6-1-0) who scored 1:37 into the extra frame to win the third straight meeting between the North Division rivals Wednesday at The Blue Cross Arena.

Despite the overtime loss, Rochester has recorded points in six of the first eight games this season against the Crunch by going 4-2-2-0, including a 1-1-2-0 at home. The Amerks are 16-9-3-1 in their last 29 contests against Syracuse.

Amerks Forwards Dalton Smith and Remi Elie each tallied their first and fourth goals of the season, respectively, while rookie defenseman Mattias Samuelsson netted his second to send the game into the extra stanza. Dominic Franco found the scoresheet for the second time in as many games as he, Brandon Biro, Casey Fitzgerald and Patrick Polino all recorded an assist.

Amerks Rookie goaltender Ukko-Pekka Luukkonen (6-4-2) made his fourth consecutive start in the crease for Rochester and ninth in the last 10 games, but was dealt with the overtime loss despite making 17 saves. The Finland native is tied for eighth in the AHL in wins and has made 25 or more saves in seven of his last 11 appearances dating back to a career-best 43-save performance at Cleveland on Feb. 12.

The Crunch offense was paced by Mitchell Stephens as he matched a career-best with three points on one goal and two assists. Boris Katchouk(0+2) registered his third straight multi-point night while Alex Green (1+1) and Sean Day (0+2) also picked up two points. Alex Barre-Boulet (1+0) sealed the victory as he scored for the fourth consecutive game while also extending his point streak to nine games. Netminder Samuel Montembeault improved to 3-0-1 in four appearances this season versus Rochester as he stopped 25 of 28 shots he faced.

Monty earns the win in his 100th @TheAHL game. ? pic.twitter.com/3eEdK5AtmG