Amerks bounce back with 5-3 win over Crunch 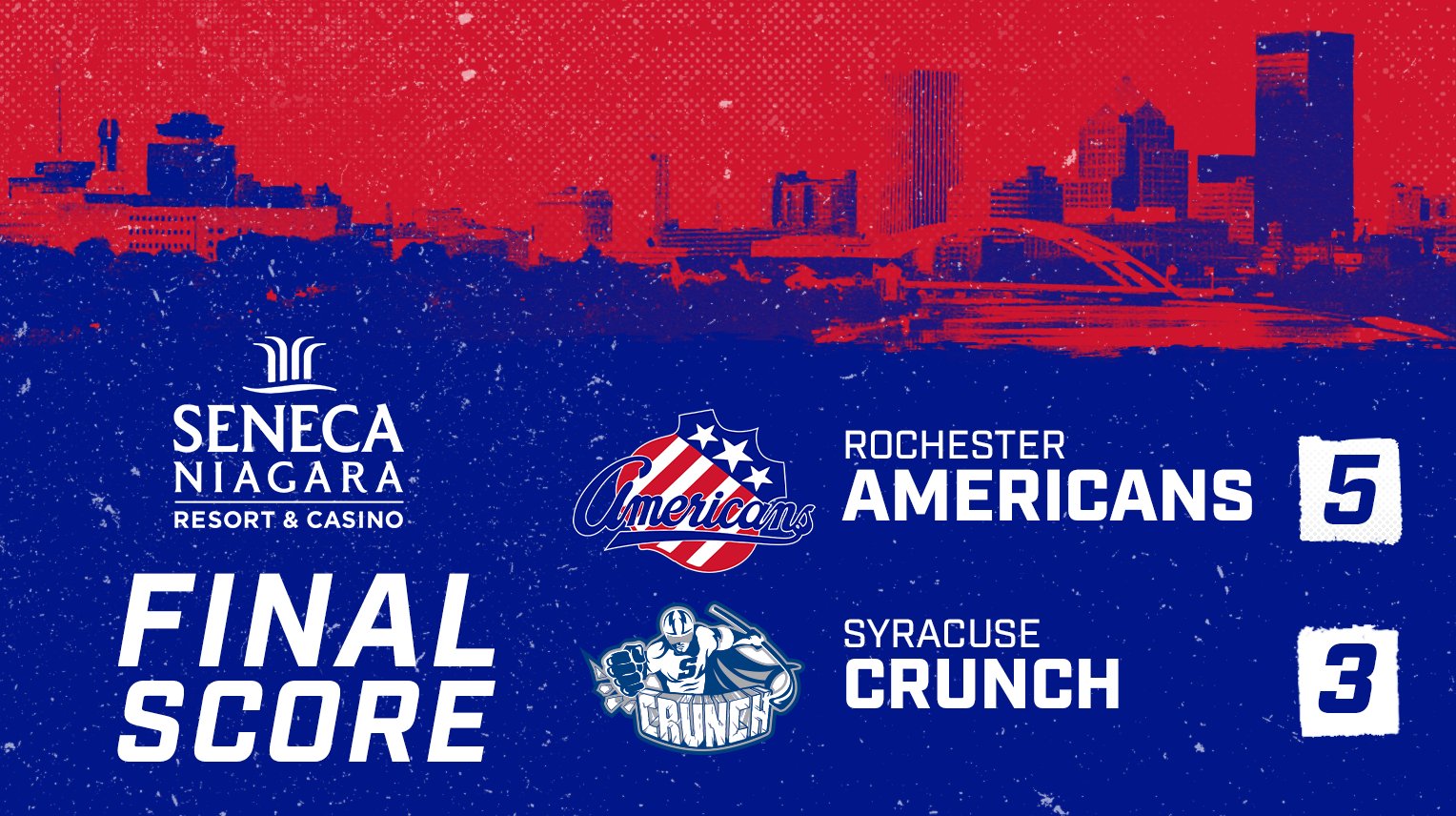 The Syracuse Crunch had their five-game winning streak snapped with a 5-3 loss to the Rochester Americans tonight at the Upstate Medical University Arena.

Crunch goaltender Spencer Martin turned aside 22-of-27 shots between the pipes for the Crunch. Ukko-Pekka Luukkonen earned the win with 27 saves in net for the Amerks. Syracuse was unable to convert on their one power play opportunity, while Rochester went 3-for-4.

The Crunch were first on the board just 1:40 into the game when Henry Bowlby drove to the net and shoveled a backhander that bounced off an Amerks defender and in. The Amerks then evened the score at 6:47 off a long left point shot from Arttu Ruotsalainen.

Rochester continued scoring and took the lead off back-to-back power-play goals from Brett Murray just 1:05 apart. His first came during a 5-on-3 advantage when he finished off a quick passing play from a hard angle along the goal line. His second was a back door redirection off a pass from Ruotsalainen.

Syracuse pulled back within one at the 10:59 mark. Mitchell Stephens centered the puck to Boris Katchouk in the slot who turned and sent it home to extend his five-game goal scoring streak.

The teams exchanged goals a final time to close out the first period, 4-3. At 14:07, Murray’s right circle shot went off the post and back into the slot for Griffin Luce to clean up. Four minutes later, Alex Barre-Boulet found the back of the net from between the circles during a 3-on-2 rush.

With 4:35 remaining in the game, Rochester added another power-play tally. Jack Quinn skated in down the right side, cut in front of the net and beat Martin with a backhander to secure the win.

The Crunch are back in action when they travel to Rochester for another game against the Amerks on Wednesday.