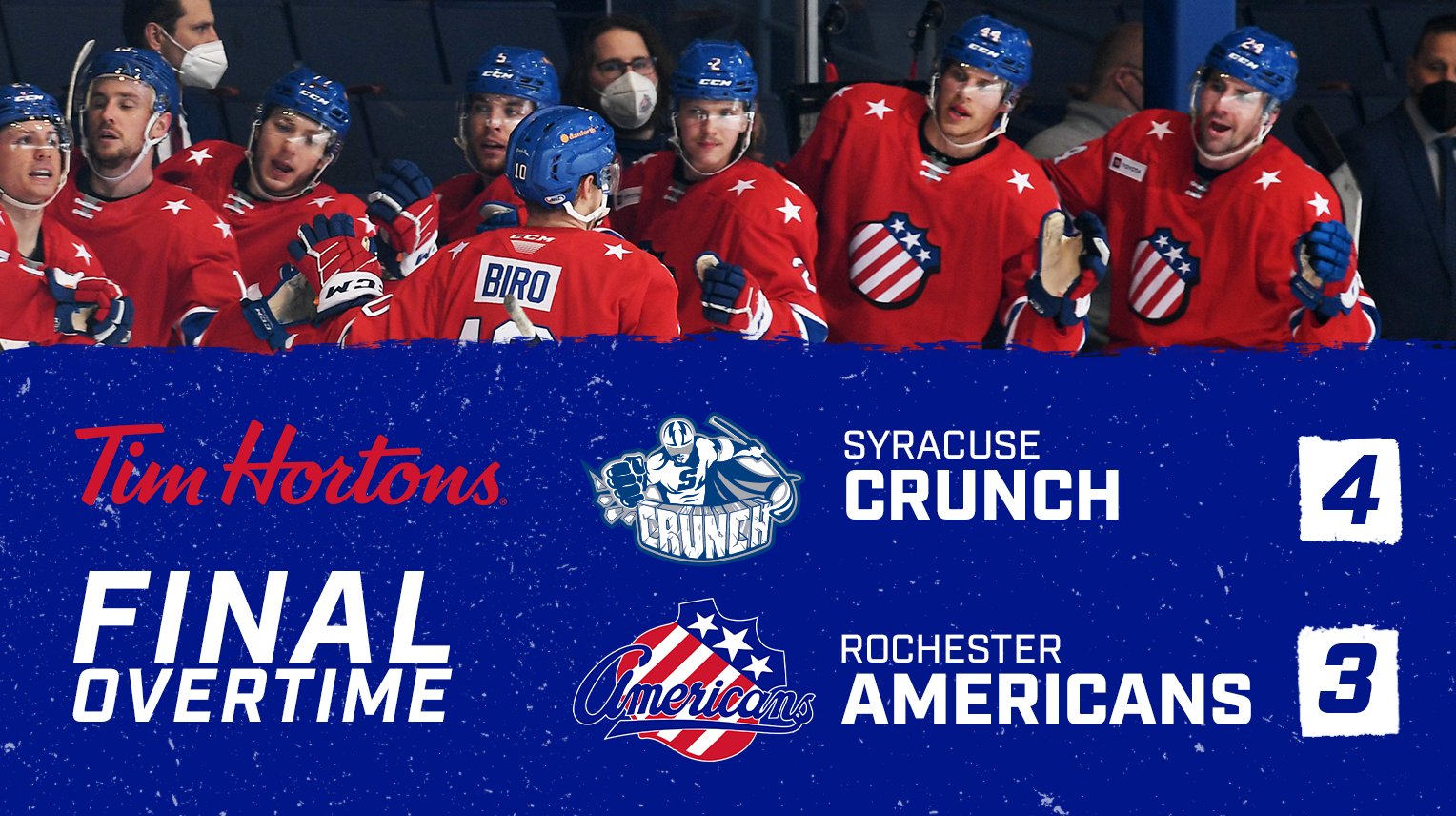 The Rochester Americans (6-3-1-1) erased a two-goal deficit to force overtime before suffering a 4-3 setback to the Syracuse Crunch (7-5-1-0) Friday at The Blue Cross Arena.

The contest was Rochester’s first in 16 days and the fifth of 12 scheduled meetings with Syracuse this season. The Amerks show a 3-0-1-0 record in their last four games inside the Flower City and a 15-8-2-1 mark in the last 25 contests with the Crunch.

Rookie froward Brandon Biro factored in on all three Amerks goals, scoring twice, including the game-tying marker in the third period, while also adding an assist in the middle frame on Oskari Laaksonen’s first American Hockey League goal. Remi Elie notched his second multi-point effort of the season as he collected a pair of helpers. Mattias Samuelsson, Casey Fitzgerald and Jack Quinn all notched an assist. Quinn extended his point streak to three games (1+2) dating back to Mar. 6.

Goaltender Stefanos Lekkas, who signed a professional tryout (PTO) on Mar. 15, made his Amerks/AHL debut. The 25-year-old netminder made 25 saves but took the defeat.

The Crunch offense was led by former Amerk Scott Wilson (1+1) and Ben Thomas (0+2) as the duo each picked up a two points in the win for Syracuse. Forwards Alex Barre-Boulet and Boris Katchouk both scored their fourth goals of the season before Grigori Denisenko sealed the game with the game-winning marker for Syracuse, who have won five of its last six games, including four straight.

Tonight’s win puts us on a four-game streak.