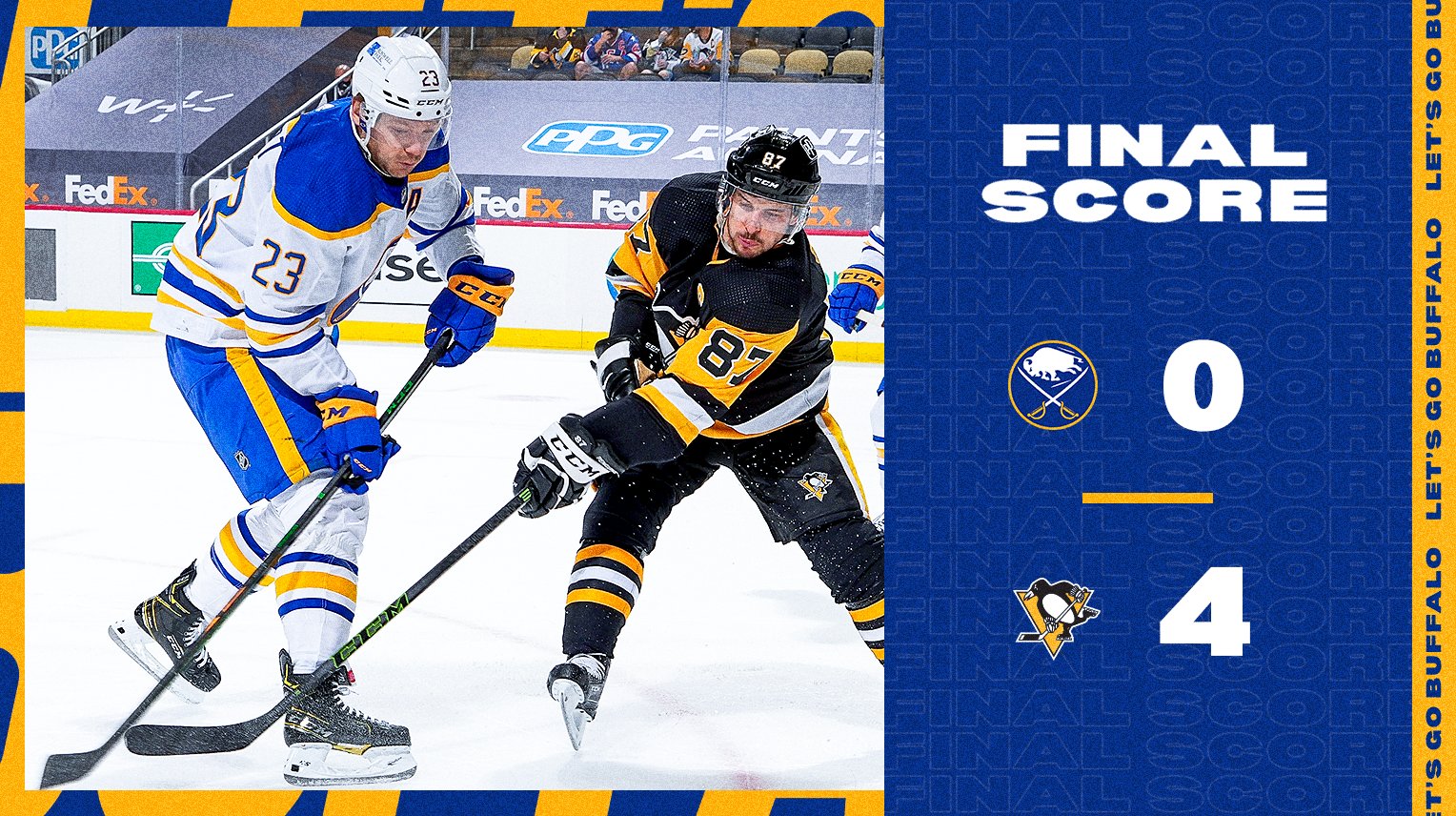 Dustin Tokarski made 27 saves in the Buffalo Sabres’ 4-0 loss to the Pittsburgh Penguins on Thursday at PPG Paints Arena.

Buffalo is now 0-14-2 over the last 16 games and they’ve been shut out seven times this season.

Radim Zohorna opened the scoring for Pittsburgh in his first NHL game. Jared McCann scored twice – both on the power play – and Jake Guentzel also tallied.

Casey DeSmith stopped all 36 Sabres shots he faced. His shutout streak against the Sabres is now at 179:52.

The Sabres went 0-for-4 with the man advantage and are 0-for-their-last-28. Buffalo’s last power-play goal came on February 25. Buffalo finished 2-for-4 on the penalty kill.