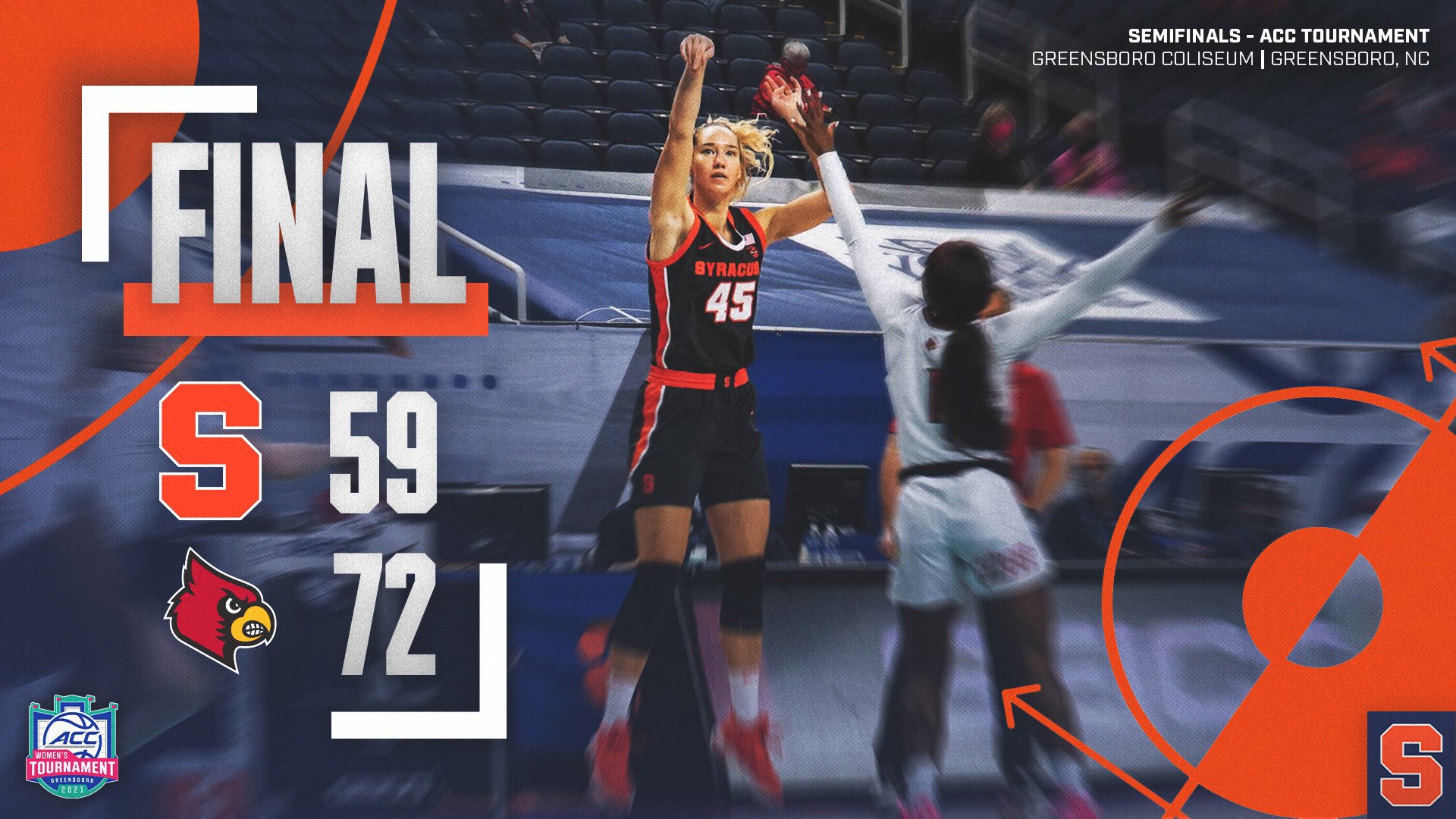 The Syracuse Orange women’s basketball team (14-8) lost to the No. 5-ranked Louisville Cardinals (23-2) in the semifinal round of the Atlantic Coast Conference Tournament at the Greensboro Coliseum on Saturday, 72-59. The Orange will turn their attention to the NCAA Tournament, where they are currently projected as an eighth seed from ESPN’s Bracketology by Charlie Creme. The bracket will be announced on Selection Monday, March 15 at 7 p.m.

Have yourself a day @em__baller ?