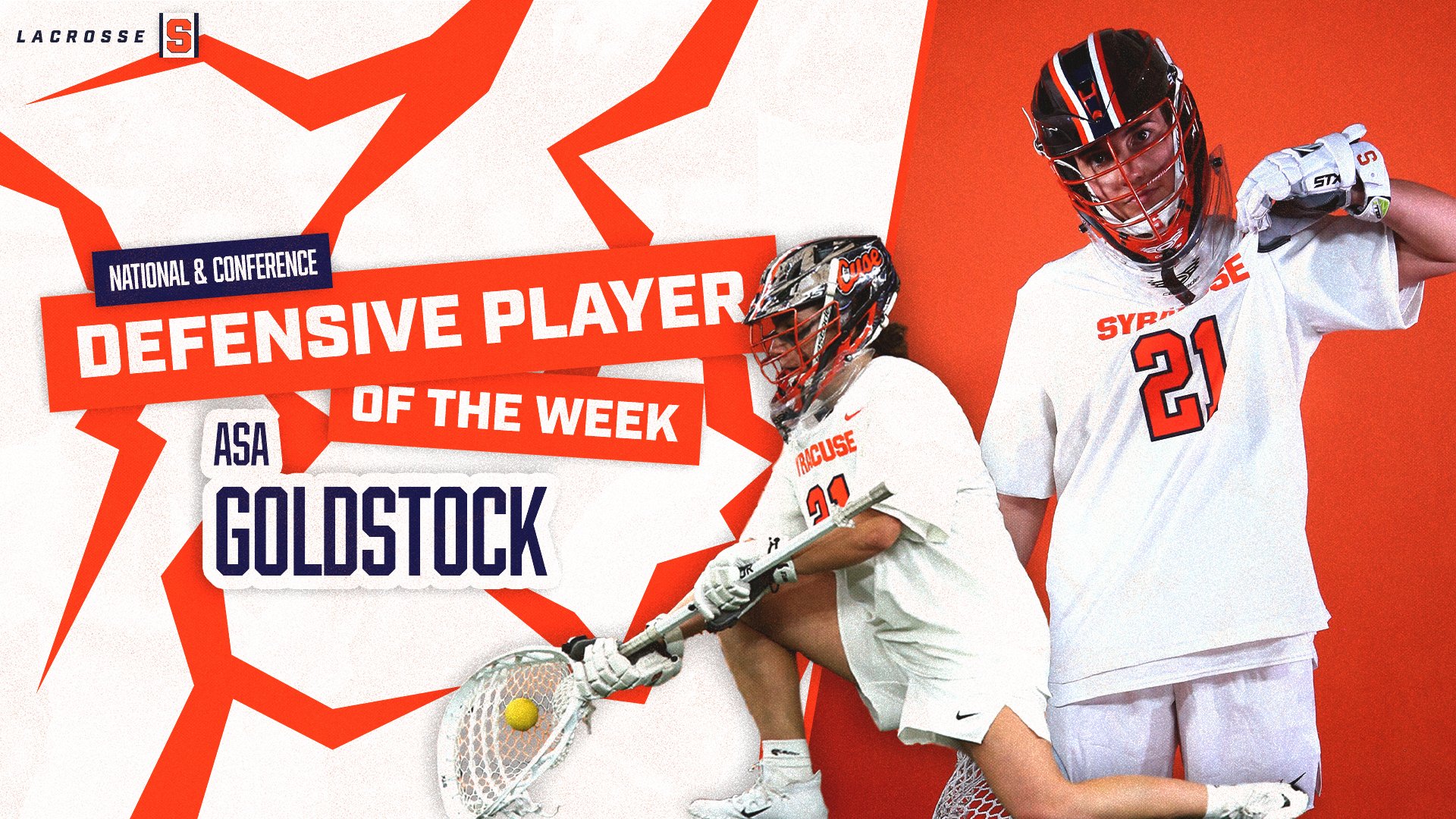 Syracuse goalkeeper Asa Goldstock is being honored at the national and conference level for her performance in Syracuse’s 16-6 win against then No. 5/5 Stony Brook last Saturday. She is the US Lacrosse Player of the Week as well as the Intercollegiate Women’s Lacrosse Coaches Association (IWLCA) and ACC Defensive Player of the Week.

It marks the first national Player of the Week award for Goldstock, who made her 71st career start in the victory over the Seawolves.

Goldstock finished Saturday’s game with 11 saves, two ground balls and a caused turnover. Four of her saves came on Stony Brook free-position attempts. Goldstock and the Orange defense kept the Seawolves scoreless for the first 15:20 of the second half as the ‘Cuse built an 11-goal lead.

The Orange remained at No. 2 in both the IWLCA and Inside Lacrosse media polls this week. Syracuse opens ACC play on Saturday, March 6 at No. 10/11 Duke at 1 p.m. The game will air on ACC Network Extra.