Bringing an entire state of experience to Schuyler

A dynamic and energetic leader with an uncommon array of unique experiences makes Judy McKinney-Cherry a significant force in the economic development scene of Schuyler County, the Southern Tier, the Finger Lakes and across New York State. 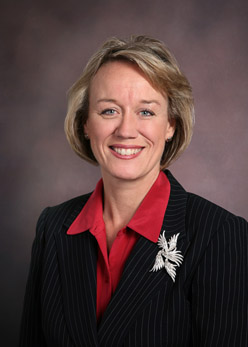 Taking on the role of Executive Director of the Schuyler County Industrial Development Agency in May 2014, her leadership skills and knowledge of economic development have been widely recognized throughout New York State. Some examples: Judy was chosen to serve by Governor Cuomo as Co-Chair of the Regional Economic Development Council for the Southern Tier, and recruited to serve as a member of the LOCATE Finger Lakes Board of Directors.

It was a long road that led McKinney-Cherry to Schuyler County. It began in 1985 when she went to work for the state of Delaware’s Economic Development Office. Seventeen years later she was asked to lead it as part of Gov. Ruth Ann Minner’s cabinet. “I left office when the Governor was term-limited and began working with non-profits in the arts, human services, and education fields,” she recalled. Then in 2013 when her husband retired — the two considered a move — and unironically chose Schuyler for the same reasons many others do each day. “My husband said upon his retirement we should move to a location where he could realize his dream to own a sailboat. It was time for us to spend our later years sailing, so in 2014 I started looking for employment opportunities that were driveable to Delaware.”