Three environmental groups and 30 individuals are seeking a court injunction to block construction or operation of a Bitcoin data mining facility at the Greenidge Generation power plant. 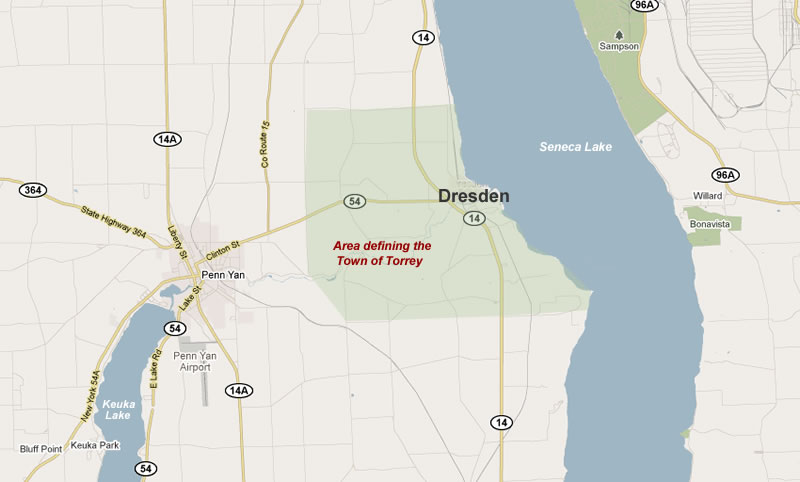 The Sierra Club, Committee to Preserve the Finger Lakes, Seneca Lake Guardian and others filed an Article 78 petition Thursday in Yates County Supreme Court against Greenidge Generation LLC, the Town of Torrey and the Torrey Planning Board.

Greenidge, a power plant fueled by natural gas, has state permits to provide power to the electric grid during periods of peak demand. But due to light demand in recent years, the plant has operated only intermittently and far below its generating capacity.

Earlier this year, Greenidge applied to the Town of Torrey to significantly expand the bitcoin data center by adding four new buildings to house computers and cooling equipment. The company has said it expects that future bitcoin processing demand will allow the plant to operate at full capacity, full time.

The Article 78 petition alleges that Torrey officials violated the State Environmental Quality Review Act by minimizing the environmental consequences of the planned expansion. They have given their approval without requiring a full environmental impact statement, or EIS.

“Greenidge sought approval of this project through two separate but interdependent approval applications, thus segmenting their request for approval,” the petition said.

In granting the first approval in October 2019, the Torrey Planning Board allowed for data center operations within the existing power plant as a “Type 1” project under SEQRA. Although Type 1 actions “are likely to require an EIS,” the Planning Board concluded that the project would have “no significant impact on the environment” and waived the EIS.

Months later, Greenidge sought additional approval from the Torrey Planning Board to construct the four buildings. The petition alleges that the Planning Board improperly designated the second project as an “unlisted action,” which under SEQRA rules are “less likely than Type 1 projects” to have a significant environmental impact. Again, the EIS was waived.

SEQRA regulations require that any project that will use more than 2 million gallons of water a day must be designated as a Type 1 project. Greenidge’s DEC permit allows it to withdraw nearly 160 million gallons a day.

The Article 78 petition alleges that the Planning Board decided that it was not required to “take a hard look at the need for additional water to cool the generating station and the discharge of super-heated water into Seneca Lake.”

Most of the 30 individuals who signed the petition cited the negative impact of the plant’s warm water discharges — killing fish and raising the likelihood of harmful algal blooms, or HABs, where they enjoy swimming and boating.

For example, Linda and Phil Bracht said their “everyday use and enjoyment of Seneca Lake is diminished and their health may be harmed” by Greenidge’s expanded bitcoin mining operations. Their lakefront property on Arrowhead Beach Road is just north of the Keuka Outlet, where warmed Greenidge discharge water flows into the lake.

Eileen Moreland, a neighbor of the Brachts, claimed harm to her “home activities (including drinking, bathing, laundry, brushing teeth), swimming, kayaking, fishing and other water sports.”

Many of the petitioners also complained that they expect a substantial increase in the noise they already hear from the plant.

The petition, filed by Buffalo attorney Richard Lippes, claims the Planning Board deferred receiving noise data until after granting project approval, an alleged violation of SEQRA.

The town and Greenidge have not filed formal responses to the petition, but the company did present a lengthy defense of its application process to the Torrey Town Board on Oct. 13.

“Despite what some people have claimed,” the Greenidge statement said, “even with this (bitcoin expansion) project our plant will remain firmly inside the environmental limits set by the state and federal governments.

“For example, and it’s an important one: this new project will not increase the water withdrawal or discharge form the plant into Seneca Lake.”

But the local petitioners argue that the planned dramatic increase in power output from the plant will inevitably boost the amount of Seneca Lake water needed to cool plant equipment.

In September, Committee to Preserve the Finger Lakes had asked the DEC to suspend, revise or revoke Greenidge’s four main air and water permits. On Oct. 23, the agency responded, saying: “The facility is in compliance with the terms and conditions in all permits … We will not be suspending, modifying or revoking the Greenidge permits.”

The petition filed this week against the Town of Torrey does not target either the DEC or the state Department of Public Service, each of which have issued Greenidge permits without requiring an EIS.

Courts have rejected bids by Sierra Club and others to revoke Greenidge’s state air and water permits issued by DEC.

And in June, the state Public Service Commission ruled that Greeenidge’s use of unmetered electricity to power banks of computers that mine Bitcoin is not subject to PSC regulation.

The commission voted 5-0 on the question, noting that environmental issues were “beyond the scope” of their ruling.

Only one commissioner voiced qualms. Commissioner John B. Howard said the Greenidge case “portends something we should be careful of.”

Referring to the DEC, Howard said: “I think our partners in the environmental regulatory realm need to be (alert), particularly as we decarbonize our generation system.”

Seneca Lake Pure Waters Association had urged the PSC to exercise regulatory authority over Greenidge’s use of energy to process Bitcoin transactions. Jacob Welch, SLPWA’s president, said the commission should not be ‘fooled’ by Greenidge’s efforts to sidestep oversight. He cited unresolved thermal discharge questions.

SLPWA is not a party to the Article 78 petition filed this week.

19 mins ago
Thousands of Americans in Oregon can soon expect stimulus payments worth $600 as the state’s One-Time Assistance payment. 236,000 residents ... MORE

34 mins ago
A new proposal from the Minnesota governor would provide direct payments to residents as gas relief. More than 2 million ... MORE

2 hours ago
At its meeting last week, the Auburn City Council heard from the Preservation League of New York State on its ... MORE

2 hours ago
Social Security provides payments to retired Americans that rely on it each month. In 2022, the average benefit is $1,657 ... MORE

4 hours ago
The state of Idaho is offering a stimulus grocery tax credit worth an average of $100 for residents buying groceries ... MORE

4 hours ago
Indiana residents will soon see a stimulus tax rebate payment worth between $125 and $250 depending on their filing status ... MORE