Home » News » Business » 3.58 billion deficit is foreseen for US Mattress Industry in 2020

3.58 billion deficit is foreseen for US Mattress Industry in 2020

It’s a necessity, it’s a pastime and it’s the ultimate escape. Out of all the things that humanity does, sleep is right up there with the favorites.

Travelling somewhere but you just can’t bear the journey? Bored out of your mind trying to focus on something? Drained like never before? Sleep is the solution.

So how will the business of sleep do this year? Since we can’t survive without it, surely the mattress industry will capitalize, right? Maybe not, let’s look at the projections for clarity. 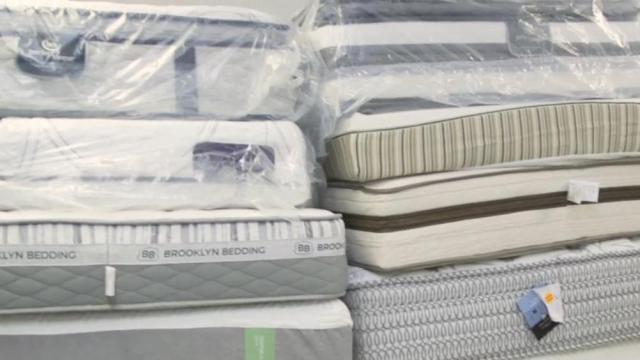 Mattress companies in the US are tossing and turning. The numbers spell doom. In the latest available data, we find that $539 million worth of mattresses and bedding products are imported from China.

“Regardless of the fact that China ranks ninth in the list of US mattress buyers, the Asian nation enjoys 1st place on America’s list of mattress sellers. US mattress exports to the Far East are disappointing to say the least,” says Joanne, sleep expert at Mattress Portal.

We only see about $1.1 million coming in from China in the form of mattress money. That gives us a deficit of more than half a billion dollars.

Looking at Mexico, the story isn’t so different. A lot of money is being lost on the American side. Even though Mexico is the second largest buyer of American mattresses, the US only managed to rake in $15 million in sales while Mexico recorded $68 million in revenue, courtesy of Uncle Sam. In other words, the US mattress industry is looking at a loss of about $53 million.

One would expect that with the US buying about $135 million in Indonesian mattresses, the favor would be returned. That doesn’t seem to be the case, however, Indonesia didn’t even import a lousy $1 million in mattresses from The States.

Vietnam makes $135 million, India comes up with $95 million, Malaysia is rolling in money with a $70 million paycheck. So how much is America’s mattress industry making from these guys? Not even $1 million each.

The result is devastating, with hundreds of millions of dollars in losses for US mattress makers.

The Port Calling the Kettle Black

American ports are no exception to the trend in losses for the American mattress industry. Among all the gateways, low-valued imports and exports brought in the most money, with $26 million on record.

Detroit Ambassador Bridge records $13 million, Buffalo Peace Bridge puts down $10.9 million, Port Laredo gives us $10.2 million and Port Huron Blue Water Bridge logs about $8.7 million. All these figures seem like a lot until you look at how much America spends at ports for mattresses.

Putting it to Bed

If we’ve learnt anything from studying the evolution of the mattress industry, it’s that the US mattress industry will not sit back and watch its livelihood go down the drain. On the 31st March this year, a group of US mattress manufacturers came together to file a petition.

This petition was aimed at antidumping duty petitions on unfairly traded mattresses. The nations in question include countries like Malaysia, Indonesia and Vietnam.

A countervailing duty petition was also prepared for subsidized mattresses from China. Imports from these countries are ruining the US mattress industry and that’s why the US Department of Commerce and the US International Trade Commission were slapped with this petition.

America’s competitors will do everything in their power to bring the US mattress industry to its knees. China has gone as far as changing supply options to avoid paying duties. America’s market share was snatched by dumping and subsidies, resulting in the underselling of US mattresses.

The petition addresses the job and sales losses, the loss of profit, production and investment that low-priced and subsidized imports from these countries have caused.

Investigation is underway and countervailing duty deposits are expected to be imposed as a result. Let’s just hope they put this thing to bed quickly and easily, no sleep lost.