Home » Sports » Golf » ROUND OF A LIFETIME: Foursome at Wayne Hills records 2 aces on same scorecard

ROUND OF A LIFETIME: Foursome at Wayne Hills records 2 aces on same scorecard

One of the great things about the game of golf is that there is always a chance, every time you tee it up, that certain things may transpire during your round that you will remember for the rest of your life. More often than not, the round comes and goes and is forgotten. The round played on Saturday, May  30th at Wayne Hills Country Club in Lyons by the foursome of Brandon DeSain, Jayson Clarke, Devan Veeder and Steve Felker would qualify as the former.

The four members of WHCC teed off at their normal 7:30 am starting time on a crisp but pleasant late May morning. The group already had 3 birdies on the card by the time they reached the 177 yard par 3 fourth hole.

It was there that the morning started getting interesting as Brandon DeSain proceeded to knock a 7 iron right in the hole. Because of the coronavirus precautions, there is Styrofoam inserted in the cups about a half-inch below the surface of the hole. This meant, that even with a range finder, it was difficult to tell if the ball was actually holed until they reached the green. 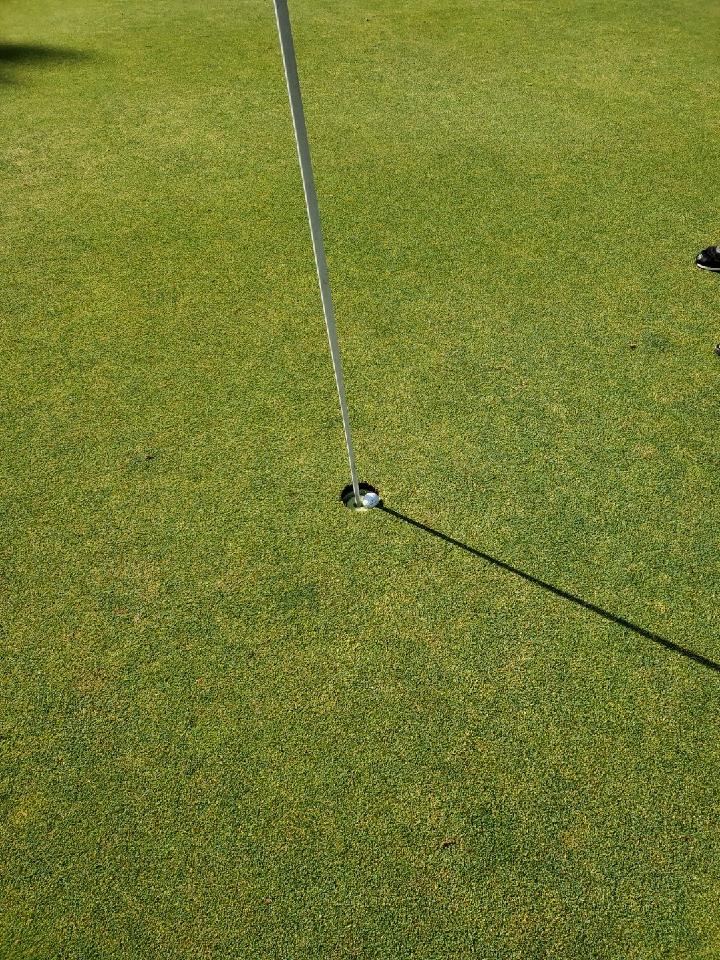 If these golfers thought that would be the sole highlight of the round they would have been mistaken. Things were just getting started.

Two holes later, DeSain jugged a hard gap wedge from 125 yards out on the par 4 sixth hole. He said,  “I couldn’t believe it”.

Even with the ace and eagle (which book-ended a bogey on the 5th hole), Brandon’s front nine 36 wasn’t enough to stay with Jayson Clarke who recorded an eagle on the par 5 ninth hole to shoot a -4 round of 32.

Clarke clearly wasn’t satisfied with his standing at -4 as it didn’t take long for him to get even deeper under par when the improbable happened on the 11th tee.

On the eleventh, a 183 yard slightly downhill par 3, Clarke struck a seven iron that was “right at it the whole way” according to Desain. The ball continued to track at the pin, landed and rolled right into the cup for Clarke’s fourth career hole-in-one. Amazingly, it was the second hole-in-one of the day in the same foursome.

When Clarke’s ball fell into the hole and came to rest on the foam insert in the form of a customized pool noodle, DeSain thought, “this isn’t happening.” Clarke wasn’t sure it was in the hole at first but once he realized it was down, they all just laughed in disbelief. 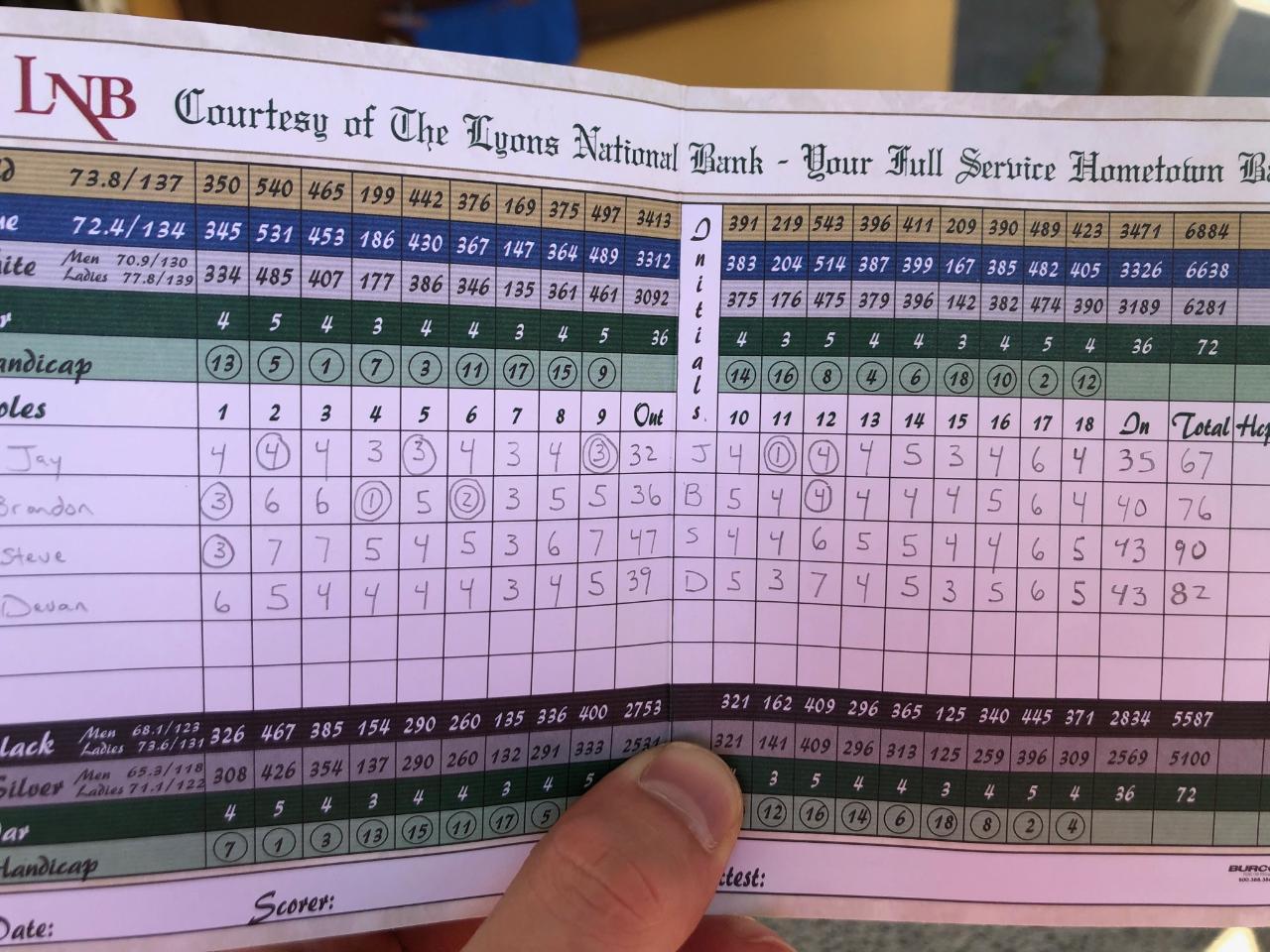 A scorecard worth keeping on Saturday, May 30, 2020 at Wayne Hills Country Club

Clarke would follow up the ace with a birdie on the 12th hole, a par five. This would get him thinking course record as he now stood at -7. He would, however, card a pair of bogeys on the way in to record a 1-under 35 on the back and a total score of 67 (-5).

Devan Veeder, who was first-hand witness to it all said, “it was a round of a lifetime”.

Adding to the legendary Saturday morning was an occurrence at the 11th hole less than two hours after Clarke’s ace. Longtime WHCC member Lee Brooks his a 5-iron in the hole for yet another hole-in-one. That’s three holes-in-one, on the same golf course, within about 3 hours time.

Below is an infographic from the National Hole in One Association that explains exactly how difficult it is to score an ace, let alone seeing two in the same foursome on the same day.