The last surviving member of the Syracuse Nationals’ 1955 NBA championship-winning team has died. Jim Tucker, who spent three seasons with the Nats from 1954 to 1957, passed away on May 14 at the age of 87. Tucker was living in Jacksonville, Fla., in his later years.

Tucker was a 6-foot-7 power forward who came to the Nationals out of Duquesne University. He was a rookie when the Nationals won the franchise’s first NBA title in 1955. Tucker and Earl Lloyd were the first African-Americans to play on an NBA championship team. 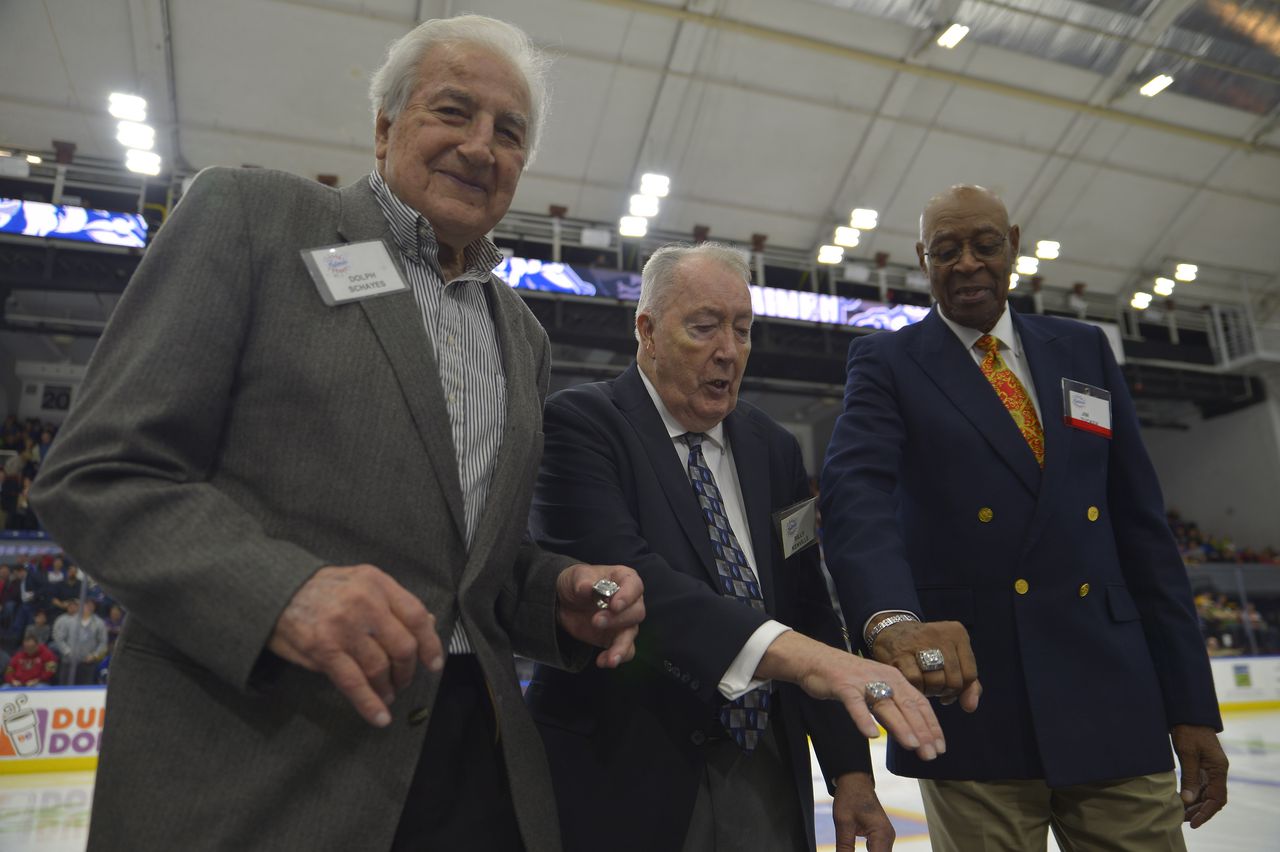 From left to right, Dolph Schayes, Billy Kenville and Jim Tucker pose with 1955 NBA Champion rings at the War Memorial Arena in Syracuse, N.Y. on Friday, April 10, 2015. Tucker passed away on May 14, 2020. Aaron Nah | Contributing Photographer