How convincing was Syracuse’s 72-49 win over Pittsburgh on Wednesday night?

When the game stopped for a timeout with 10:30 left and Syracuse leading 60-37, many Pitt fans began streaming up the aisles and out into the rainy night. 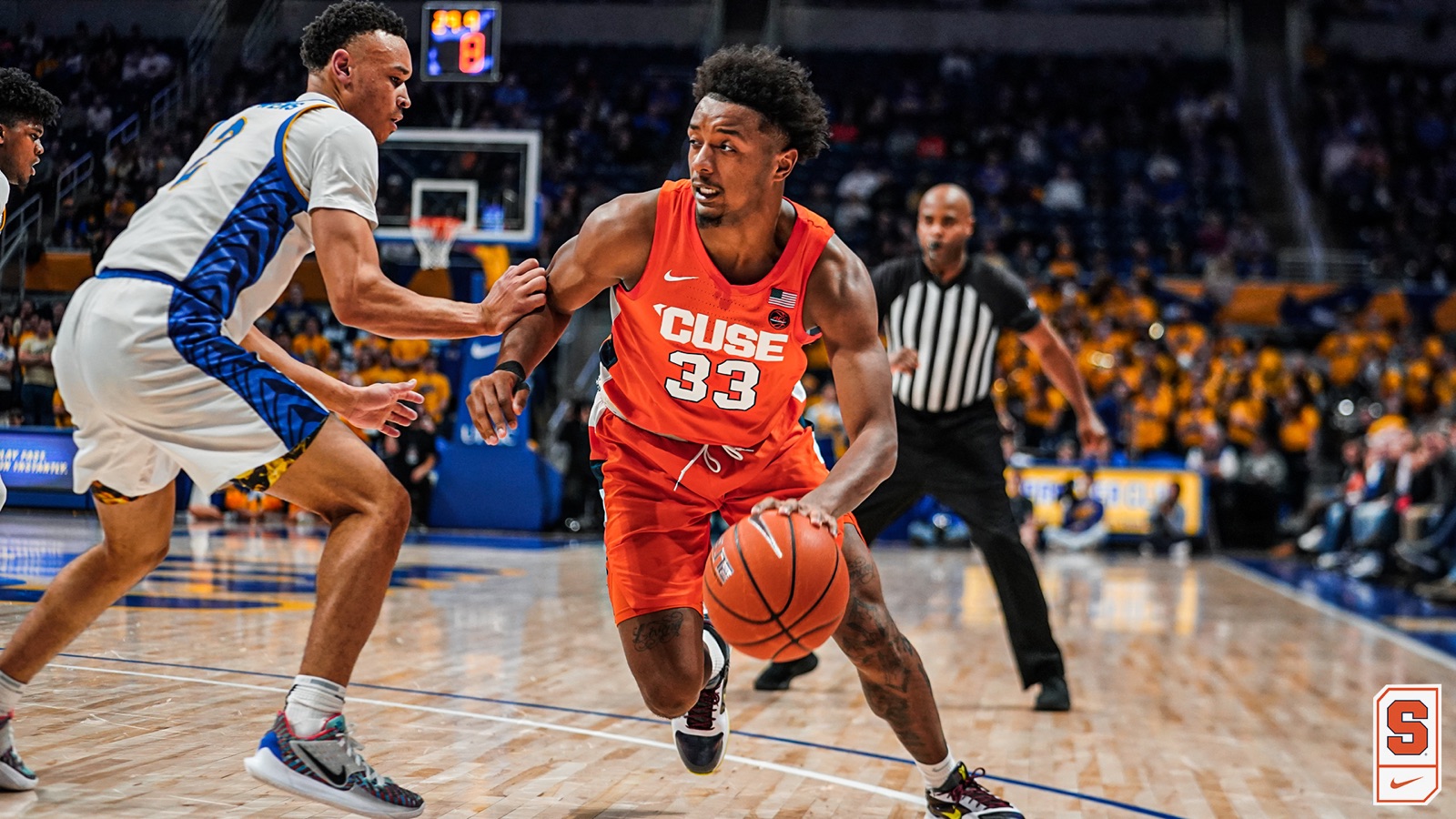 Syracuse dominated the Panthers from opening tap to final buzzer, leading by 16 points at halftime and as many as 25 in the second half.

Pittsburgh’s 49 points were the second-lowest total of the season for the Panthers, who lost 64-46 to Louisville on Dec. 6.

Elijah Hughes led the way on offense with a game-high 25 points.

Orange win BIG on the road.

Syracuse is back in action on Saturday for the Dome finale vs. North Carolina. pic.twitter.com/yniJ99dbGG

Joe, how many miles away was that shot from? pic.twitter.com/clyJsNgaHu

Syracuse heads on the road to face long-time foe Pittsburgh on Wednesday, Feb. 26. Tipoff is scheduled for 7 p.m.

The Orange improved their record to 15-12, including 8-8 in ACC play. Syracuse enters Wednesday’s game in a three-way tie for fifth place in the ACC.

Pittsburgh has lost its last four games, including a 59-56 loss to Virginia on Saturday. The Panthers record has fallen to 15-13 overall and 6-11 in conference play.

The Orange lead the all-time series against Pittsburgh, 72-45, including a 69-61 win earlier this season. The two squads faced off in the Dome in January and Buddy Boeheim led both teams in scoring with 21 points. Boeheim shot 50 percent (4-of-8) from downtown. Marek Dolezaj also had a big night with 17 points and seven rebounds. He was also a perfect 7-for-7 from the free throw line.