Fees on the rise, but additional council meetings possible in Geneva

On Wednesday, Geneva City Council met for the second time in 2020.

Councilmember William Pealer (Ward 2) opposed the resolution. Pealer was concerned that the fees are too high in relation to those being charged for dog licenses in other nearby communities.  In addition, Pealer said that he also thought that it was unfair that only dog owners be burdened with this expense.  Rather, he believes that it would be more equitable if owners of other pets, such as cats, were also required to pay a licensing fee.

The Council approved the resolution by a vote of 8-1, with only Pealer voting no. 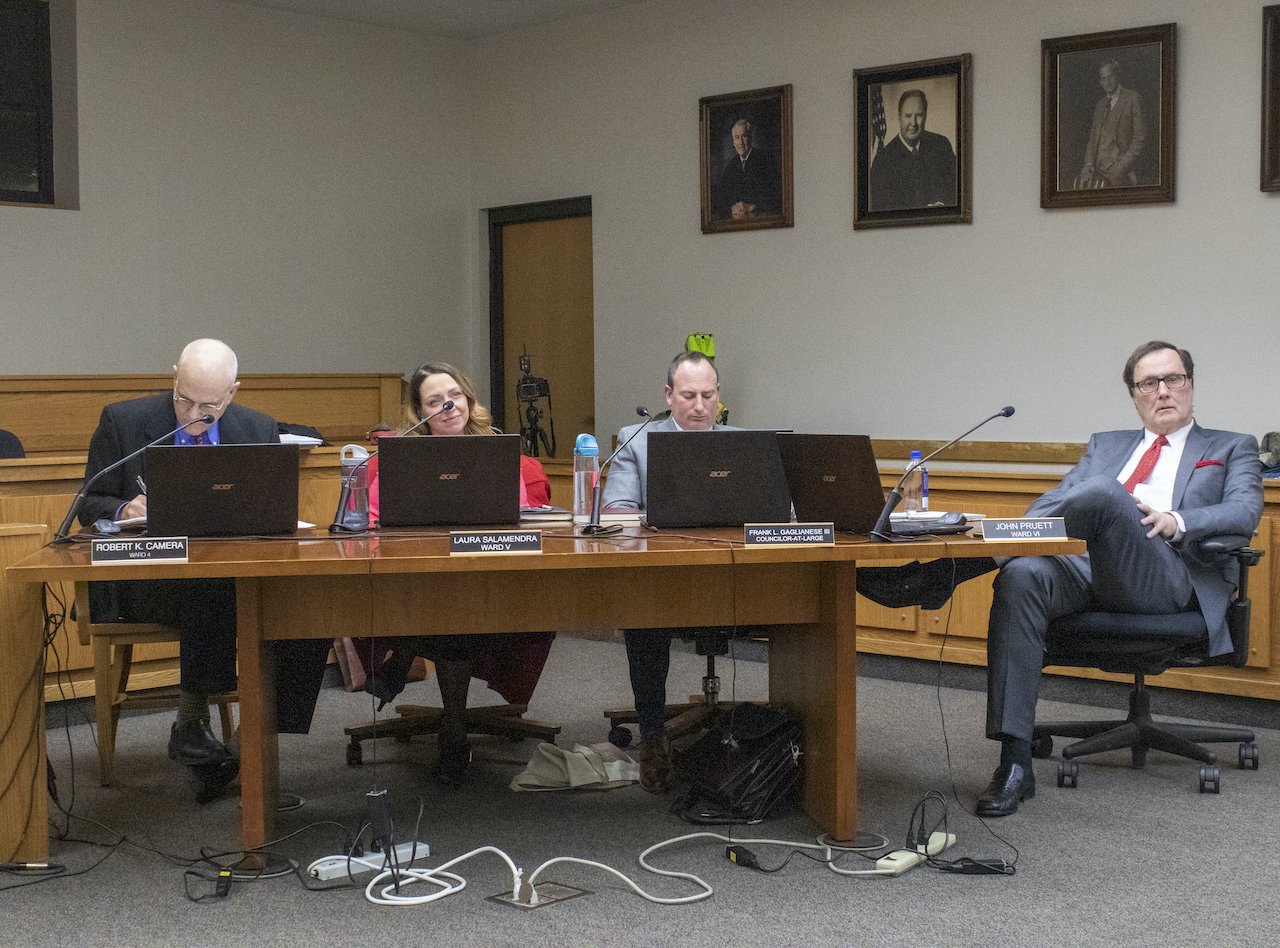 During Board discussions Councilmember Tom Burrall (Ward 1) indicated that the original no-parking zones were created to allow safe access to Worthington Avenue by emergency vehicles.  Burrall stated that the proposed changes to the no-parking zones are needed because street parking in these areas is making it difficult and hazardous for residents along Worthington Avenue to get in and out of their driveways.

The City estimates that this project would cost approximately $200 to install four new signs and to relocate one existing sign.

The Council approved the resolution by a unanimous vote. Geneva City Manager Sage Gerling indicated that no changes will be made immediately because in order to amend the Municipal Code, the resolution must go through two “readings” before the Council. Consequently, the Council will consider this resolution once again at its March 2020 meeting.

The Council also considered a resolution supporting the creation of the United States Bike Route 11 (USBR 11).  A portion of this route would run through the City of Geneva from North Genesee Street to Lochland Road/NY-14.  Riders would travel along Genesee Street, Lewis Street, North Main Street, Main Street, and South Main Street. The route is designed to encourage biking and tourism.  The area in Geneva that would be included in the USBR 11 is already part of the New York State Bike Trail.  The City believes that there will be no financial cost to Geneva.  The resolution called for the New York State Department of Transportation to have the route officially designated as soon as possible, and authorized placement of USBR 11 signs along the route.

The Council discussed the resolution, but no one opposed it.  In addition to the goals of promoting biking and tourism, some Councilmembers also believed that biking has the potential to promote street calming.  The Council approved the resolution by a unanimous vote.

The Council continued its new policy of allowing public comment on various issues of interest to the community at the beginning portion each meeting.  This policy is proving popular with residents.  Six members of the public spoke to the Council on a wide range of subjects, including Council accountability and objectivity, broadband access, buying local, park and playground renovations, and the Economic Opportunity Taskforce.  One resident also spoke in favor of the Worthington Avenue no-parking resolution being considered by the Council.

City Manager Sage Gerling also stated that the Foundry Remediation process remains unchanged because work has ceased for the Winter months. It is anticipated that work will resume in the Spring.

Council also considered the idea of holding a second meeting each month. This concept was not embedded in a resolution, but rather included as part of broader discussions. Other cities – like Auburn – meet more frequently than Geneva City Council does.

The Geneva City Council is next scheduled to meet March 4, 2020 at the Geneva Public Safety Building 255 Exchange Street, Geneva.