The Syracuse Orange squandered a 9-point second-half lead in a 67-63 loss to Virginia Tech at the Carrier Dome on Tuesday night.

Syracuse seemed to be in control, leading 40-31 with 12 minutes left in the game, but Virginia Tech went on a stunning 20-4 run. 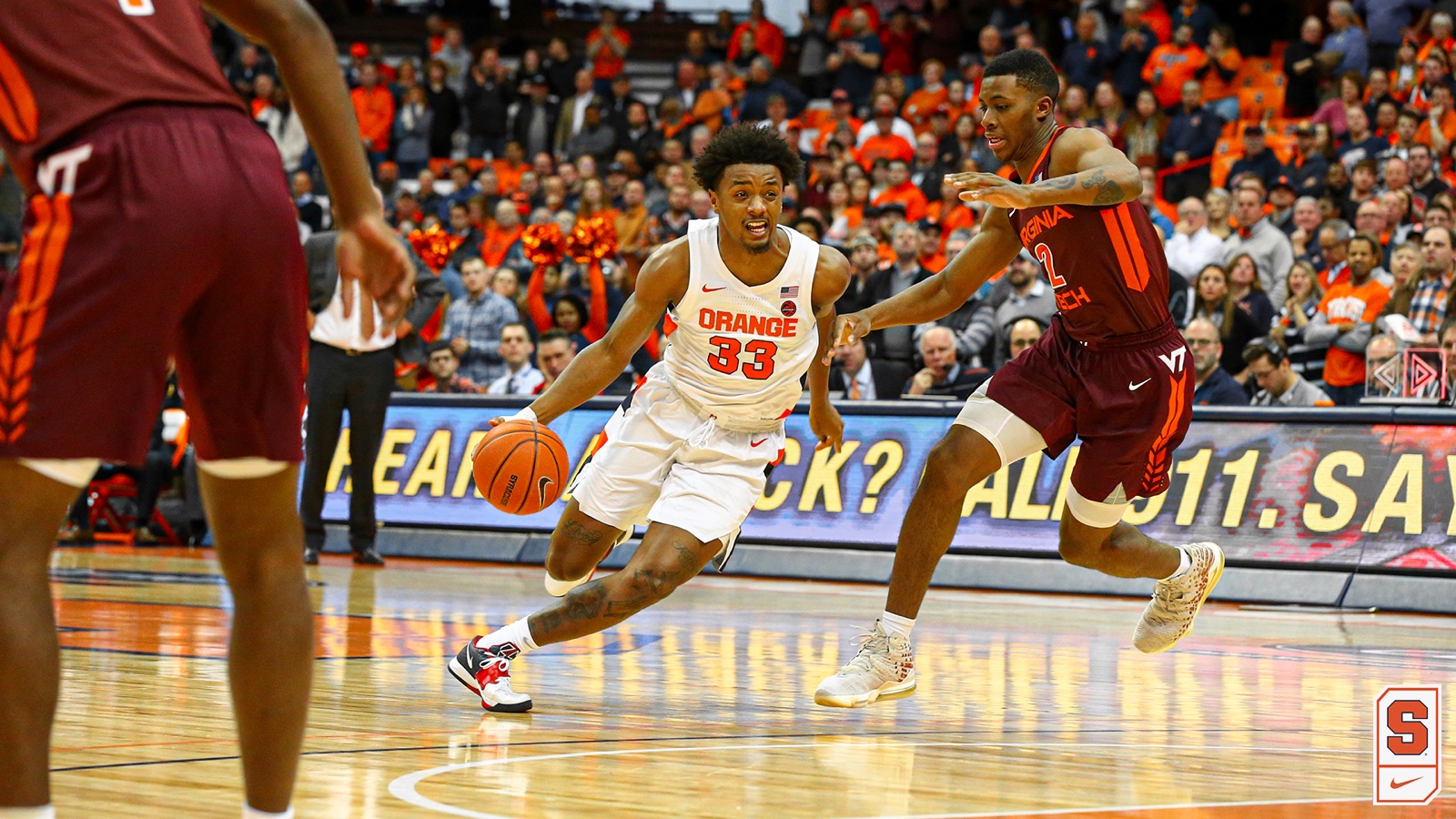 The Hokies scored the 20 points in less than four minutes.

The loss dropped Syracuse’s record to a disappointing 8-7 overall and 1-3 in the ACC. The Orange is now 0-3 at home against conference foes.

Orange fall to the Hokies. We're at Virginia on Saturday. pic.twitter.com/oIm76TcLfx

Images from the first half ? pic.twitter.com/bTVMBKq4GU

It’s only a 20-second video, but trust me when I say @LataviusM spent the entire halftime break taking pictures with fans at the Dome.#Syracuse loves this man.@CNYCentral pic.twitter.com/KW2AdQxfVE

.⁦@obj⁩ has a thing for teams that wear orange, evidently. He’s at the ⁦@Cuse_MBB⁩ game tonight. pic.twitter.com/t7GfSaTlnH

Syracuse has played eight games against top-100 KenPom teams so far this season. After losing at home to Virginia Tech tonight, the Orange are 1-7 in those eight games. Four of those losses came in the Carrier Dome.

Syracuse looks to get back in the win column when it hosts Virginia Tech on Tuesday, Jan. 7. Tip off in the Carrier Dome is set for 9 p.m.

The Orange (8-6, 1-2) had their three-game winning streak snapped in an 88-87 thriller against Notre Dame on Saturday in the Dome. Both teams converted on 15 3-point attempts, but a pair of free throws by Prentiss Hubb with 18 seconds remaining secured the win for the Fighting Irish.

Virginia Tech is also coming off a conference loss – a 65-39 defeat at No. 19/19 Virginia on Saturday. The Hokies enter Tuesday’s game with an overall record of 10-4, including a 1-2 mark in ACC action.

Redshirt freshman Landers Nolley II is Virginia Tech’s leading scorer and rebounder this season. The Atlanta native is averaging 17.4 points and 5.8 rebounds per game. In addition, Wabissa Bede leads the team and ranks third in the ACC in assists per game (6.07).