The 2019 Buffalo Bills season began with Josh Allen leading his team from a 16-0 deficit to a last-minute comeback victory. It ended with the Bills taking a 16-0 lead, and surrendering a 19 point comeback in an overtime loss to the Houston Texans. With a 22-19 result, the Texans advanced in the AFC playoffs after a tense, back-and-forth affair. The Bills and the Texans each had moments of magic, moments of mishaps, and moments of sheer WTF-ery, but the Texans came through in the clutch, and the Bills came up empty. 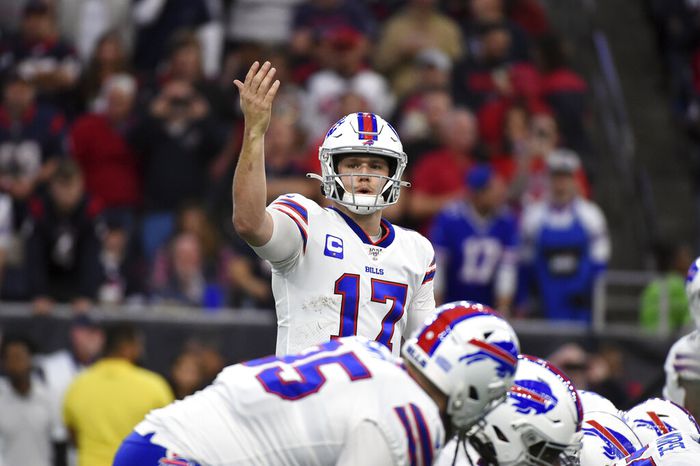 The Buffalo Bills still haven’t won a playoff game since 1995.

Coach McDermott: “There’s a lot of pain in our locker room because our team has worked extremely hard all year. This loss stings, but the Buffalo Bills will never stop fighting.” #GoBills pic.twitter.com/9G003Ggo1K

QB Josh Allen: “This loss hurts. There are things that we should have executed better and that’s on me. This game is going to stick with me and it’ll only fuel me during the offseason.” #GoBills pic.twitter.com/ToSQS0LHZV

Tre'Davious White: This is going to make us stronger @WKBW #Bills pic.twitter.com/WdAgpsptC5

The pain of a season ending. Lee Smith with an arm around Dawson Knox as they walk towards the locker room after a loss in the playoffs #Bills pic.twitter.com/wTz1HvrVBP

The Bills have been playoff caliber all season long, on their way to 10 wins and a spot in the tournament. Now, the focus shifts to championship caliber — do they have what it takes to win a title?

Phase one of the championship chase starts this week with Buffalo’s Wild Card playoff game against the Houston Texans.

It’s only the Bills second playoff appearance in the last 20 years. They’re 14-16 all time in postseason football –  3-4 in the Wild Card round. The Bills haven’t won a playoff game since 1995, when they beat the Dolphins in a Wild Card game.

#RoundingUpTheHerd: Sean McDermott led the Bills to a four-win improvement this season after the team finished 6-10 in 2018. That marks the largest jump by the Bills since a five-win improvement from 2001 to 2002.#BUFvsHOU pic.twitter.com/J9u299rIhp

Since their bye in week 10, over their final 7 games, the Texans have allowed an average of 168.6 yards rushing and a whopping 5.36 yards per carry. They've faced some very good running teams (Ravens, Titans 2x, Colts), but those are huge numbers.

Time to grind, the playoffs are here. ✊ #BUFvsHOU | #GoBills pic.twitter.com/YqSq4uZlRm