The Syracuse Crunch put up four goals in the first period as they flew past the Laval Rocket tonight at the War Memorial Arena.

Cory Conacher paced the team with two goals and an assist, while Peter Abbandonato and Chris Mueller earned two assists each. The win advances the Crunch to 12-9-2-0 on the season and 1-1-0-0 in the six-game season series with Laval. 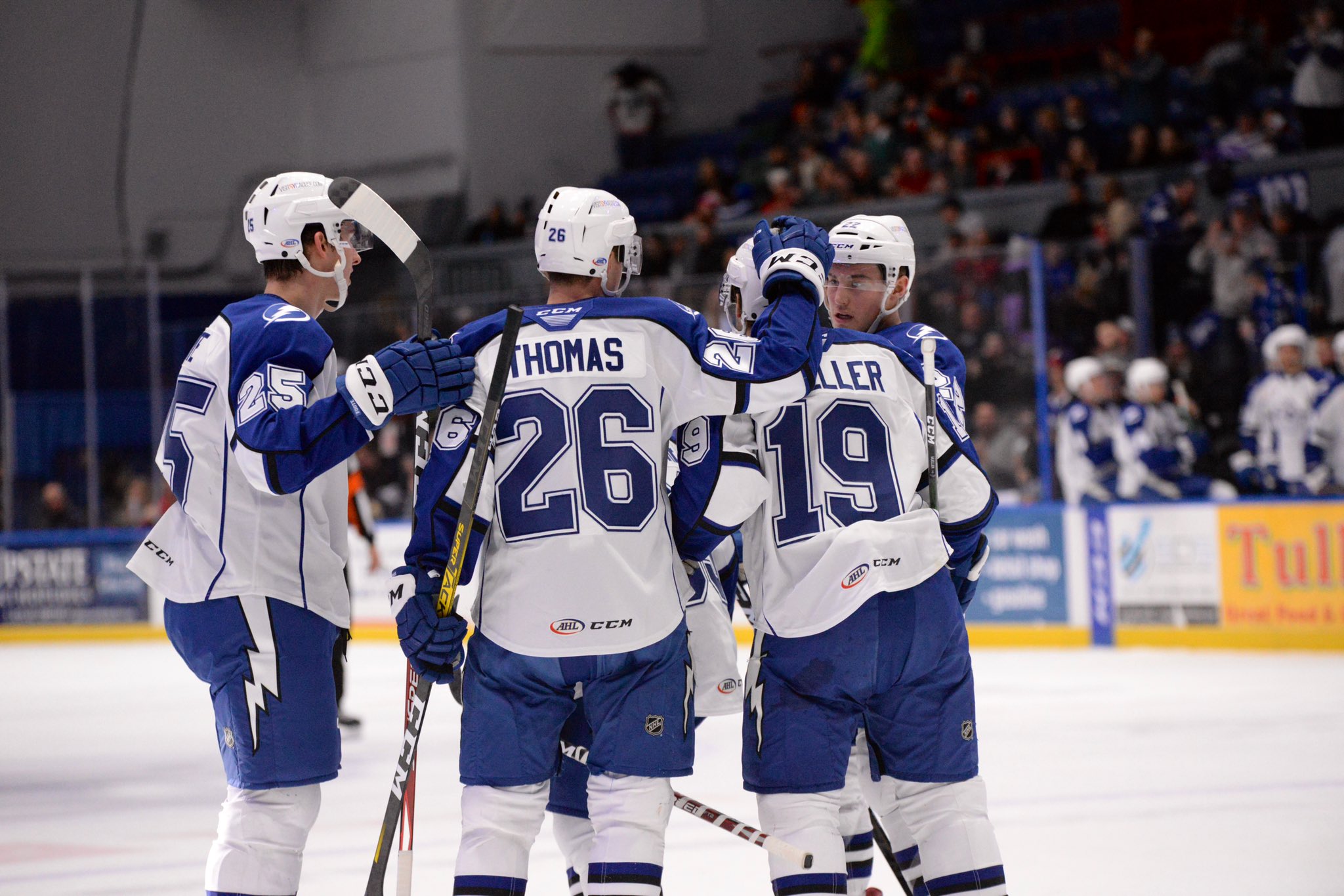 Scott Wedgewood stopped 15-of-17 shots in net for the Crunch before Spencer Martin took over early in the third period. He went on to turn aside all three shots he faced. Keith Kinkaid stopped 24-of-29 between the pipes for the Rocket. Syracuse converted on 1-of-5 power play opportunities and went 3-for-4 on the penalty kill.

The Crunch opened scoring just 18 seconds into the game and rallied to build a four-goal lead in the first period. Gemel Smith got the Crunch on the board. Ross Colton skated the puck down the right wing on a 2-on-1 and fed Smith for a redirection. Conacher tallied a point on the opening goal. At 9:13, Syracuse doubled their lead off a long left-point shot from Cameron Gaunce. Assists went to Danick Martel and Abbandonato.