With multi-point efforts from Lawrence Pilut (1+2), Jean-Sabastian Dea (1+1) and Andrew Oglevie (1+1) – all of whom combined for the overtime game-winning goal – the Rochester Americans (9-3-1-2) grabbed sole possession of first place in the American Hockey League’s North Division standings with a 3-2 overtime victory over the Cleveland Monsters (8-6-1-1) Friday at The Blue Cross Arena.

Rochester has now earned 21 out of a possible 30 points through its first 15 games of the campaign and has picked up points in 10 of the last 12 contests overall, going 7-2-1-2 over that span. The win also improves the Amerks to 27-7-3-3 against Cleveland since the start of the 2011-12 campaign. 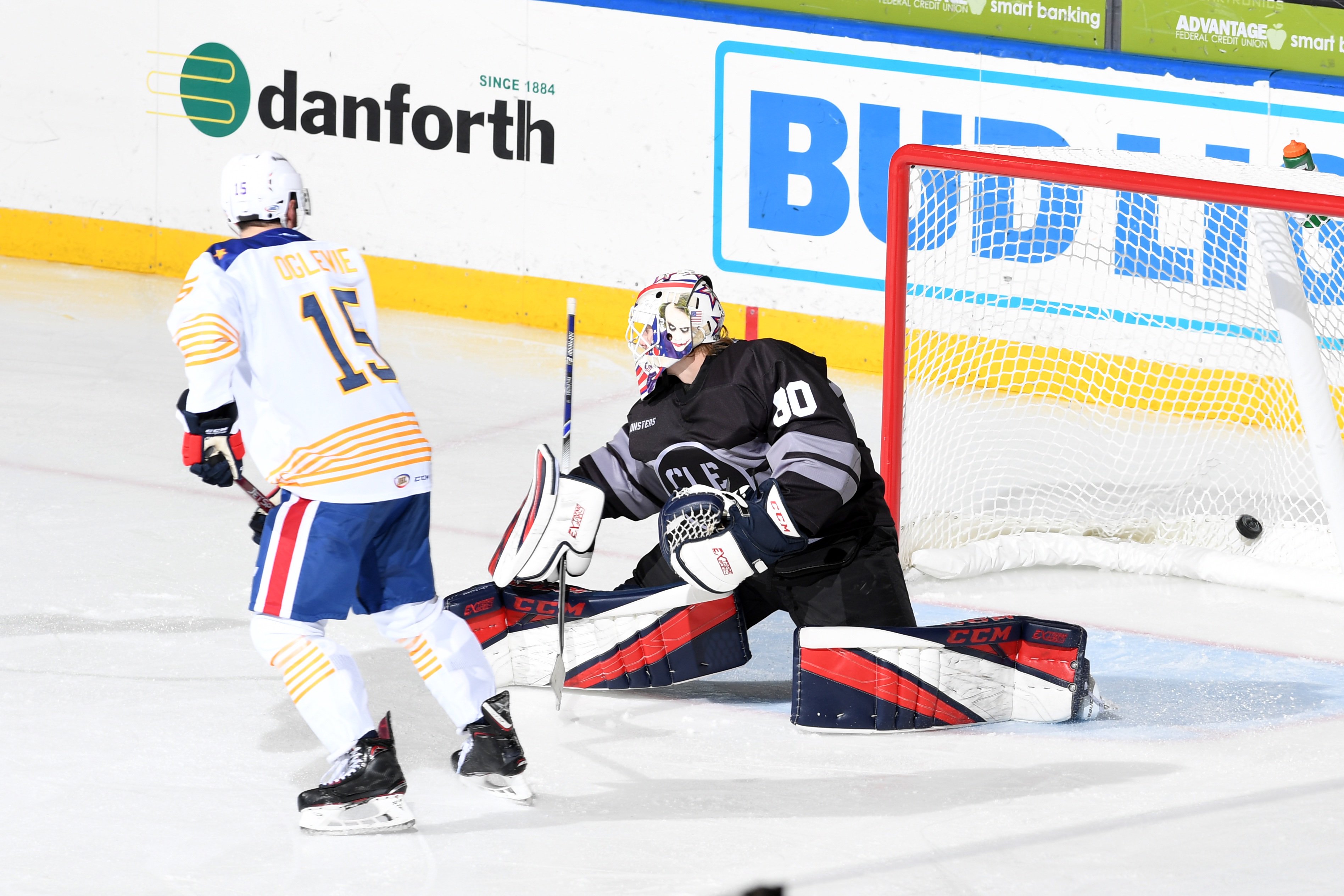 In addition to Dea turning in his team-leading third multi-point effort of the season, Pilut and Oglevie each registered their second of the campaign. Goaltender Jonas Johansson made his third straight appearance and ninth overall, earning his fourth win while making 25 saves.

Forwards Zac Dalpe and Ryan MacInnis each lit the lamp for Cleveland, who dropped their fourth straight contest while netminder Matiss Kivlenieks (5-1-2) stopped 20 of 23 shots he faced but took the overtime loss.