The Sabres fell behind by three goals in the first period and never climbed all the way back in a 6-2 loss to the New York Rangers at Madison Square Garden on Thursday.

Marco Scandella and Vladimir Sobotka scored goals for the Sabres, who saw a three-game winning streak come to an end. Carter Hutton, who entered the game undefeated at 6-0, made 18 saves.

The Sabres played the last period and a half without forward Jimmy Vesey, who left the game with an injury. 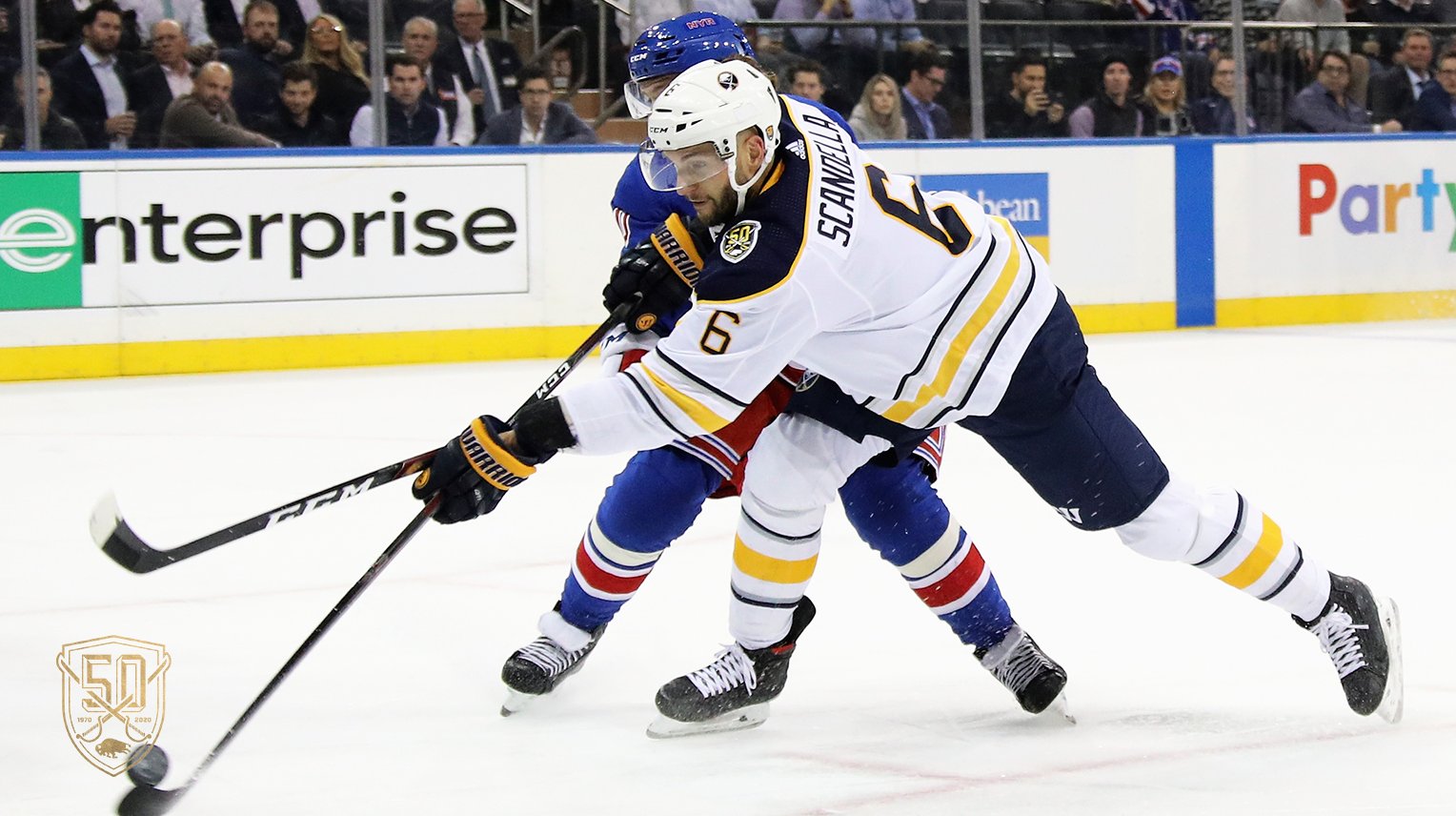 The Rangers jumped out to a 3-0 lead in the first period, the first two of which were products of giveaways by the Sabres.

Panarin stole the puck in the neutral zone and opened the scoring at 11:41 of the period. Howden capitalized on a misplay down low less than three minutes later, and Strome redirected a shot from Brady Skjei to add to the lead with just 37.8 seconds left in the period.

We're on the board with over 15 minutes to go in the second. #Sabres50 pic.twitter.com/zar2kx1FUt

Sobotka gets his first of the season! ?