Seneca Falls Town Supervisor Greg Lazzaro wants the local Hall of Fame to think about it’s actions after a resolution was shared with media on Thursday setting up for a controversial meeting on Tuesday. 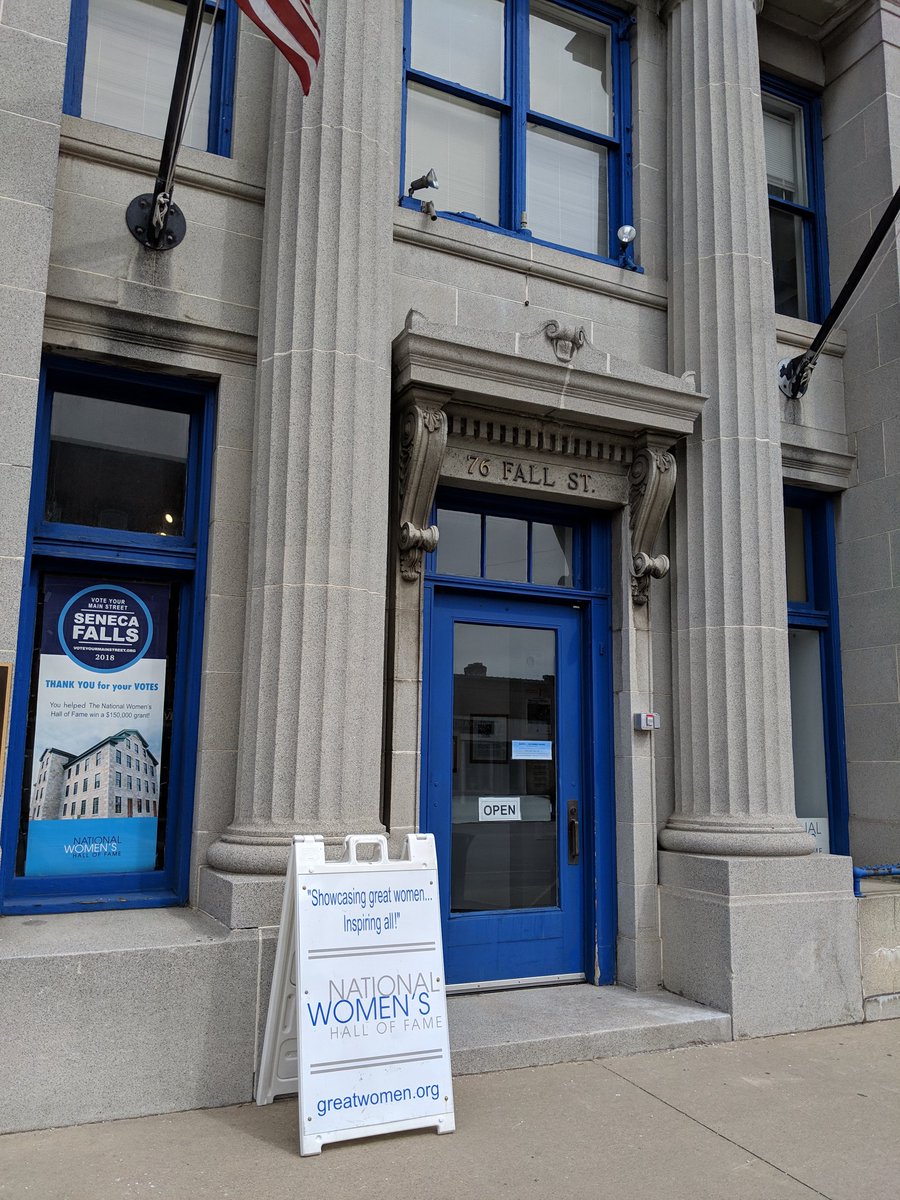 On March 8th The National Women’s Hall of Fame announced that Jane Fonda would be among the class of inductees for 2019. Citing Fonda’s actions during the Vietnam War, Supervisor Lazzaro released a resolution, which would be proposed at next week’s meeting.

“The Town of Seneca Falls has previously supported the National Women’s Hall of Fame with in-kind services, donations and municipal services,” the resolution reads. “Out of respect for the Town’s many veterans who proudly served our nation any support for this outrageous induction choice should be vehemently opposed.”

The resolution calls Fonda’s actions during the Vietnam War “derisive, universally condemned, and an affront to those who served in the military.”

“Jane Fonda’s actions of bringing medical supplies to North Vietnam during the Vietnam War, deriding our POWs, and posing for pictures atop missile-launchers designed to shoot down American planes brought divisiveness to our county and to this day to our Vietnam Veterans and it is viewed by virtually all Veterans as treason to this country,” the resolution continues.

“I believe that it is simply not the place of the Seneca Falls Town Board to render judgment on the National Women’s Hall of Fame inductees.  It is not for us to say, “if you induct someone we don’t like, we’re going to withhold funding.”  Nor should we say, “if you induct anyone controversial, we’re going to withhold funding.”  That the Women’s Hall of Fame exists is of great benefit to our society.  That it is located in Seneca Falls is of great benefit to our town.  I’m not willing to put that at risk because I may disagree with one of their selections.

I am not “pro-Jane Fonda”, and I’m certainly not “anti-veteran”.  She has tremendous accomplishments to her credit as an actress, producer, and philanthropist.  These accomplishments certainly make her worthy of consideration.  But to many, she also has this one huge blemish on her record in her conduct during the war in Viet Nam.  I’m sure the selection committee weighed one against the other before deciding to move forward.  I don’t believe the Town Board should interfere based only on this one selection.”

Deputy Supervisor Lou Ferrara, who is not seeking re-election this fall said the following:

“I am responding to you today to share my feelings about the upcoming induction of Jane Fonda into the Women’s Hall of Fame. I as well as many others can never forget what Jane did to our veterans. What Jane did to our veterans who were protecting our freedom is unforgivable. These brave men who left their families and took an oath to protect our freedoms should never be forgotten. These men protected our freedoms from both foreign and domestic threats. Her presence as a self proclaimed ambassador for peace while in Vietnam cost many soldiers being held in POW camps to be subjected to even more torture and in some cases death. Jane was accepting these letters from our POW and turning them over to their guards instead of being delivered to our Embassy. This battle is still being fought daily by both veterans coming home to a country that forget them and a nation that judged them for doing what their country asked them to do. To prop this traitor up as some sort of a roll model for women to immortalize is disturbing and disheartening as well. We should be  nominating a wife , a mother, or a sister of one of the many dead or missing soldiers over Jane Fonda. These men never had a chance to enjoy the freedoms that some take for granted. This would be a small token to say we will never forget. Anything short of that in my opinion is not acceptable.”

Ferrara’s statement drew significant response. Several outlets have reported in the years since that the long-standing claim that Fonda turned smuggled messages from U.S. POWs over to their North Vietnamese captors is false.

Since 2010, the Town of Seneca Falls has given financial donations of $278,750 to the Hall of Fame. They have also secured more than $420,000 in Community Development Block Grant reimbursement.

Lazzaro told WXXI that while he wants to see funding ended for events involving the Women’s Hall of Fame – he still supports the overall concept.

If passed, the Town of Seneca Falls will end any financial donations, cooperation and in kind services during all events associated with the National Women’s Hall of Fame.

The current budget shows no planned donations to the Hall of Fame in 2019.

The Hall of Fame issued the following statement:

“The National Women’s Hall of Fame selected Seneca Falls, N.Y., as its home 50 years ago. Since its incorporation in 1969, the Hall has helped bring thousands of visitors to the region each year and has been an economic generator for the Town of Seneca Falls and the entire Finger Lakes Region. With the upcoming rehabilitation of the 1844 Seneca Knitting Mill, an historical treasure, we are on the cusp of opening the $8M facility’s first floor which will bring additional tourists to the Town, helping to keep its mark on the national map.

The National Women’s Hall of Fame has always honored and respected the Town’s important decisions to stand up for what was not historically deemed popular. The Hall is forever grateful for the steady hand that has always guided the Town to celebrate women’s achievements. We are, however, disappointed that we have not had the opportunity to meet with the Town to discuss its proposed resolution or the basis behind it. The National Women’s Hall of Fame board welcomes the opportunity to create an open dialogue to discuss the Town’s concerns. We believe that all voices should be heard before there is such a drastic step as the proposed resolution. That’s what democracy, and the efforts of women’s suffrage, are all about.”