The downtown Auburn location of Pawn King is moving a few minutes away. 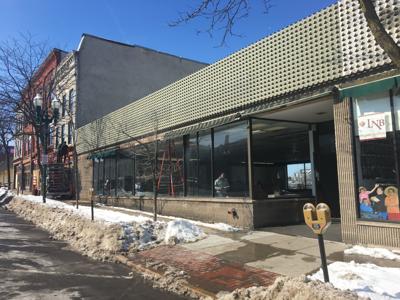 As of Friday afternoon, the pawn shop had emptied its inventory at 39 Genesee St. to move into the Kinney Drugs plaza at 62 Owasco St.

Kate Fernandez, Pawn King’s operations manager, said the new location will be open Saturday. But it’ll be a few weeks before the shop is up to the chain’s standards, she added.

One of 10 Pawn Kings in central New York, the Auburn location opened in the early 2010s.

The shop was originally located in one of the storefronts in the former Nolan’s Shoes building before moving to the former Nolan’s Sporting Goods down the block a few years later. However, Fernandez said, the bigger space had insufficient heating and air-conditioning. The latter forced the store to close for eight days last summer because the heat was so unsafe, she said.

Fernandez also said the parking on Genesee Street was inconvenient for Pawn King’s customers. So she believes the shop’s new Auburn location will provide them a better experience. It’s slightly smaller than the Genesee Street space, which was one of the chain’s biggest, but the shop didn’t need all the room, she added.