Will Amazon build its second headquarters in upstate New York if plans with New York City fall through? A group of local legislators are trying to make it happen. Waterloo is one of the towns that sits nestled between Rochester and Syracuse, where Amazon could choose to build. 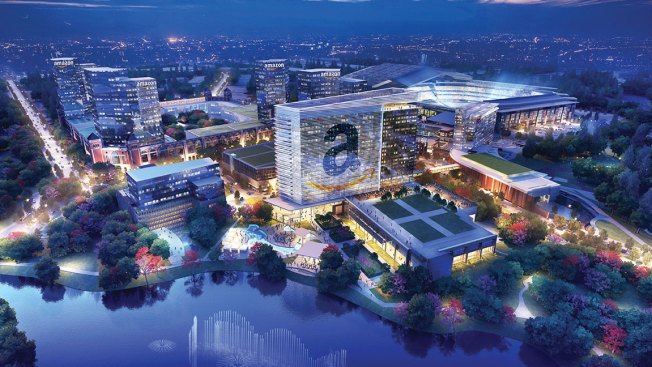 For Seneca County Chamber of Commerce President Jeffrey Shipley, the possibility of Amazon locating its second headquarters to the area will not only give a town like Waterloo more job opportunities but they’ll see a major development in terms of the infrastructure.

“I think we would certainly get a facelift here in Waterloo and the Finger Lakes Region,” said Shipley. “It’ll certainly be something that would be unprecedented. I can’t remember any type of deal like this of this magnitude ever happening in this area.”

He’s been following the amazon developments closely as pushback by influential politicians in the senate and New York City council has apparently left amazon officials to rethink their plans in the big apple.

For local businesses owners like Natural Solutions, the possibility of a major move like this will equal to endless opportunities for mom and pop shops who depend on other funds to keep a float.

“We could use more people around the area. It’s kind of a small town, we’ve been trying to stimulate it. Honestly, there are a lot of grants in this area. So Amazon might be able to pick up some of those you know,” said Erica Spencer, owner of Natural Solutions.