For Phil LeBrun, it all began at Parker’s Grille & Tap House in Seneca Falls. This Saturday, it will all begin there again. 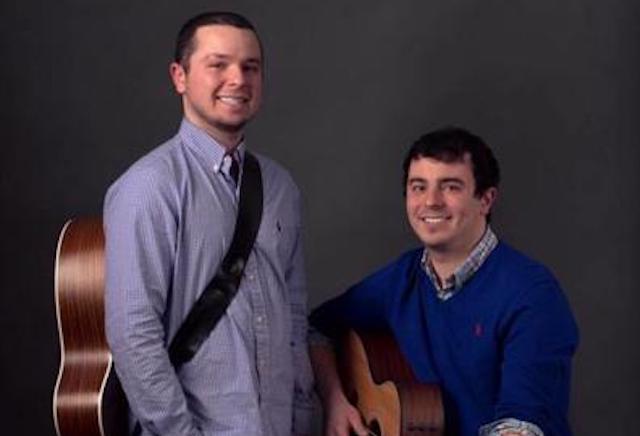 That night will be Phil’s first concert since the sudden loss of his brother, musical partner and best friend, Andrew, on Dec. 14. It will also be Phil’s first time performing solo.

The site couldn’t be more fitting: It was at the Seneca Falls bar and restaurant where the LeBrun brothers played together for the first time in 2016, Phil said. It was Phil’s first gig as well.

“Going back there for this one is special for me, and for him as well,” said Phil, 29, of Auburn. “I just want to connect to him on a big level, a spiritual level. It’s kind of my direct path to him.”

It was also at Parker’s that Andrew, who would have been 26 on Jan. 17, worked part-time in addition to his management job at Xylem. So when Phil plays Saturday, he said, he knows he’ll be surrounded by all kinds of family. Andrew connected to people easily, Phil said, which is one reason he cherished his time on stage with his brother so much.

With Phil on rhythm guitar and Andrew on lead, the acoustic duo regularly performed sets of covers in the Seneca Falls and Auburn areas. They played songs by The Beatles, whom Phil introduced to Andrew, only for the younger brother to learn more about the band than the older did. They also covered Foo Fighters, Andrew’s favorite. Phil will play the band’s “February Stars” Saturday.

Continue reading from the Auburn Citizen