A 21-year-old Macedon man is telling his story after being brutally attacked in his own home by an intruder.

Levi Thompson suffered a fractured skull and had bleeding on the brain, but was able to identify the alleged assailant, who was later identified as Cooper Herrmann. 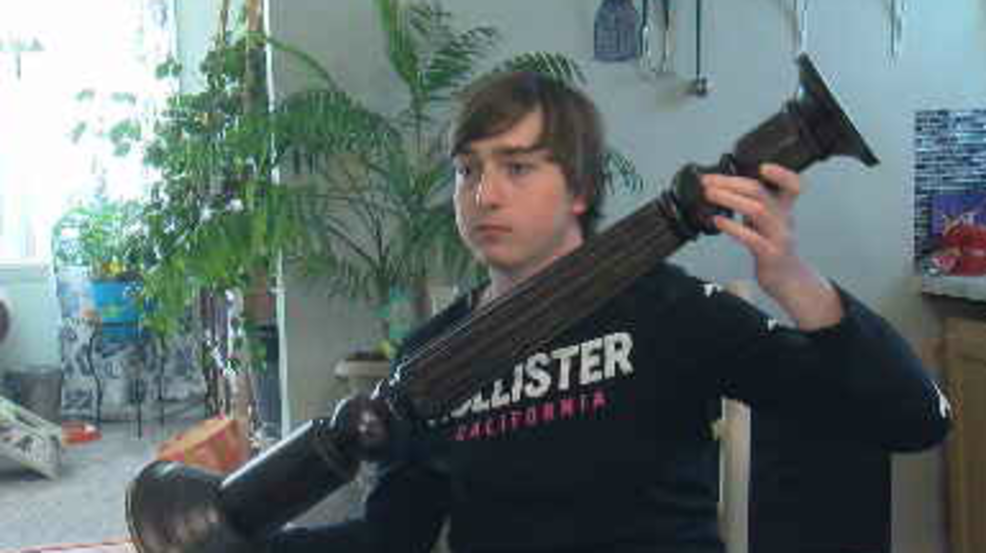 The 19-year-old suspect was charged with two counts of burglary and one count of assault.

Thompson told his story to 13WHAM-TV in Rochester, who recounted the events of that day. “I didn’t want him to hurt my family. I was going to stand my ground,” he said.

In his first interview since the attack and release from the hospital, Thompson says the suspect threatened him with a pocket knife he was trying to steal – before picking up a much larger and heavier weapon.

There was a large wound on the top of his head from the attack. “I was scared my family was going to get hurt because he had weapons. I was not about to get knocked out,” he said. “I’m like, ‘I’d feel a lot safer is you empty your pockets’ – then he flipped out that knife and put it tight to my neck,” he continued, while demonstrating with his thumb as the knife.

“I just punched him and he fell right back,” he added.

That’s when Herrmann reached out for something to strike back. The police report describes it as a decorative wooden plant stand.

Thompson held up the twin plant stand that remains at his home. “This is what he used. He hit me over the head three times,” he explained. “I felt a bunch of gashes in my head, and I was bleeding everywhere.”

Herrmann has been in the home before. He knew of the pets there and of the unlatched doggy door leading to the fenced-in back yard.

“That is very unusual, and we were very surprised because of the size of the dog door,” said Sgt. MacNeal. “But the alleged suspect was very skinny and had no problem maneuvering his body through the door.”

Read the original story from 13WHAM-TV