Home » News » New York State » Why is George Washington facing the other direction on new quarters?

Why is George Washington facing the other direction on new quarters?

George Washington faces the opposite direction on newly-minted quarters, leading some to wonder: If it’s not broken, why fix it?

The change is part of the American Women Quarters Program, which is “a four-year program that celebrates the accomplishments and contributions made by women to the development and history of our country,” according to the U.S. Mint. 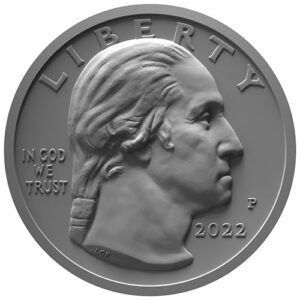 The coins will continue to have Washington’s face on the head side, just facing right instead of left. His image on quarters has been left-facing since 1932, according to News10 NBC.

The new quarters are actually a return to the original design created by famous sculptor Laura Gardin Fraser, which shows Washington facing right. The treasury secretary at the time chose another design that was left-facing.

Writer and activist Maya Angelou and Dr. Sally Ride, the first American woman in space, are among those being honored this year.

Watch this video to learn more about the American Women Quarters program: