A court-appointed expert released drafts on Monday of New York’s new congressional district maps that are more favorable to Republicans than the maps originally drawn by the Democrats. Redrawn lines for the state Senate were released about five hours after the congressional maps.

The draft maps released on Monday, May 16 would help Republicans by establishing five congressional districts that are GOP strongholds and four districts where the party would be competitive, according to News10 NBC. 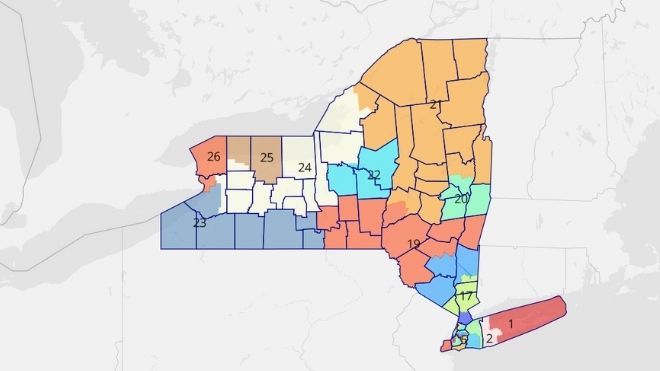 Related: Back to the drawing board: Court of Appeals throws out Democrat-drawn election maps

Draft maps a win for Republicans, loss for Democrats

The new draft maps from court-appointed expert Jonathan Cervas are a political blow to the Democrats who hoped the maximize the number of U.S. House of Representatives seats they could win in the midterm elections.

In April, the Court of Appeals, New York’s highest court, ruled maps drawn by the Democrat-controlled state Legislature as gerrymandered and unconstitutional.

The task of drawing new district maps was given to the state Legislature after an independent redistricting commission failed to reach consensus on new congressional and state Senate maps. If the congressional maps drawn by Democrats were upheld, they would have given Democrats an advantage in 22 of 26 congressional districts.

Currently, New York has 27 congressional districts but will lose one due to 2020 census data. Republicans hold eight of those seats.

If approved, the new proposed maps could either pit a number of incumbents against each other or force them to run in new districts.

A New York court will accept comments on the maps drawn by Cervas for two days up until a final version is approved by a judge on May 20. As a result of the court battle over the maps, the primary elections for congressional and state Senate races were delayed from June and will be held on August 23.

You can view the draft congressional map here and the draft state Senate map here.