The number of private sector jobs in New York State is based on a payroll survey of 18,000 New York businesses conducted by the U.S. Department of Labor’s Bureau of Labor Statistics (BLS). Monthly payroll employment estimates are preliminary and subject to revision as more complete data become available the following month. The BLS calculates New York State’s unemployment rate based partly upon the results of the monthly Current Population Survey (CPS) of approximately 3,100 households in the State. 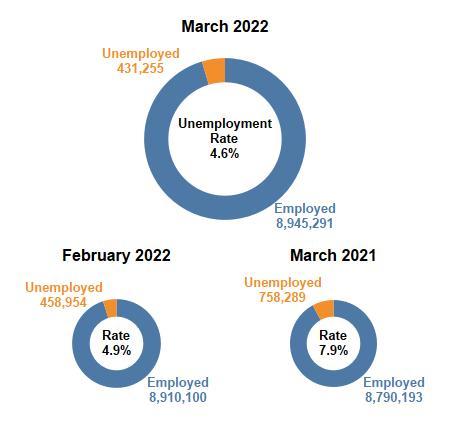 NYS and US Unemployment Rate Decreased 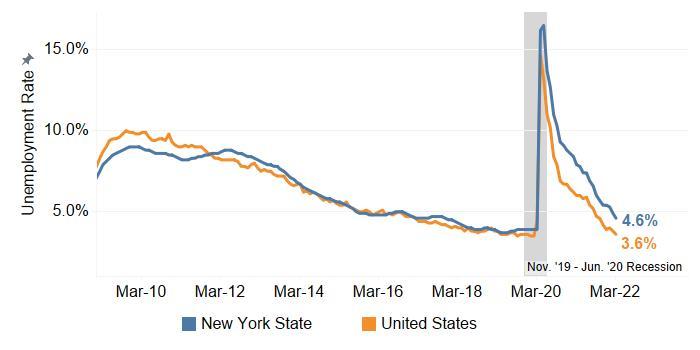 Unemployment Rate Fell in NYC and in Balance of State 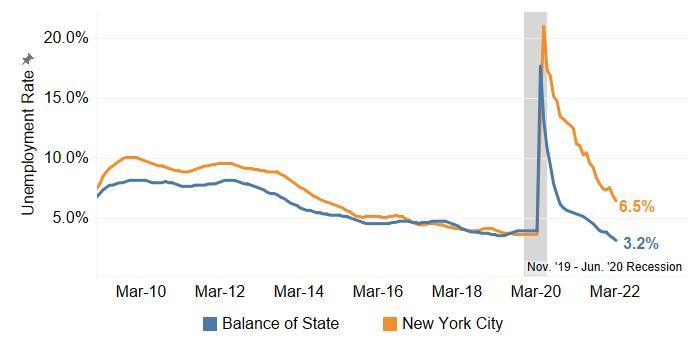 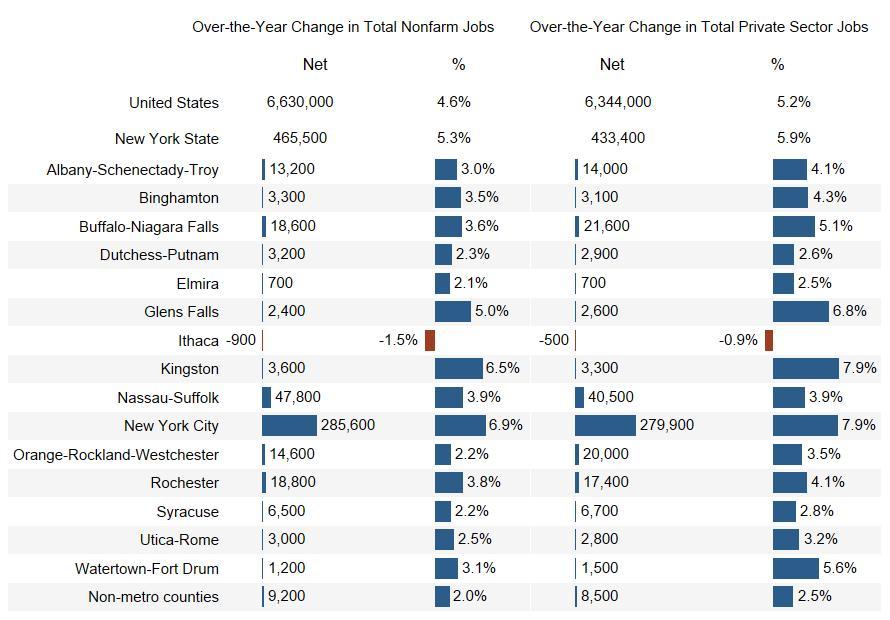 Note: The sum of sub-state area job estimates will usually differ from the New York State total. This is because the State total is calculated separately from the sub-state areas and is estimated based on an independent sample.

The Number of Leisure & Hospitality Jobs Increased by 30.5% Over the Year

Note: The responsibility for the production of monthly estimates of state and metro area nonfarm employment by industry moved from the NYS Department of Labor’s Division of Research and Statistics to the U.S. Bureau of Labor Statistics (BLS), starting with the March 2011 estimates. More detailed information on the change is available on the BLS web site.

Many economic data series have a seasonal pattern, which means they tend to occur at the same time each year (e.g., retail jobs usually increase in December). Seasonal adjustment is the process of removing seasonal effects from a data series. This is done to simplify the data so that they may be more easily interpreted and help to reveal true underlying trends. Seasonal adjustment permits comparisons of data from one month to data from any other month.

In New York State, payroll jobs data by industry come from a monthly survey of 18,000 business establishments conducted by the U.S. Bureau of Labor Statistics. Data are preliminary and subject to revision. Jobs data by industry do not include agricultural workers, the self-employed, unpaid family workers or domestic workers in private households.

Labor force statistics, including the unemployment rate, for New York and every other state are based on statistical regression models specified by the U. S. Bureau of Labor Statistics. The state’s unemployment rate is based partly upon the results of the Current Population Survey, which contacts approximately 3,100 households in New York each month. 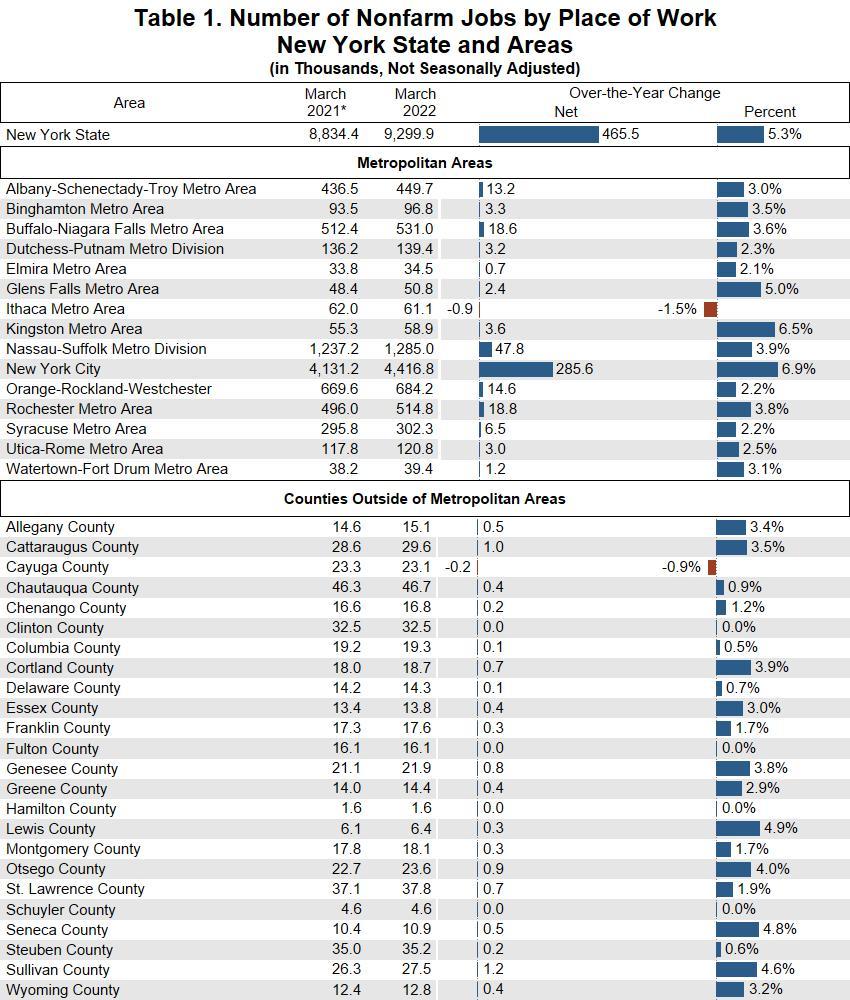 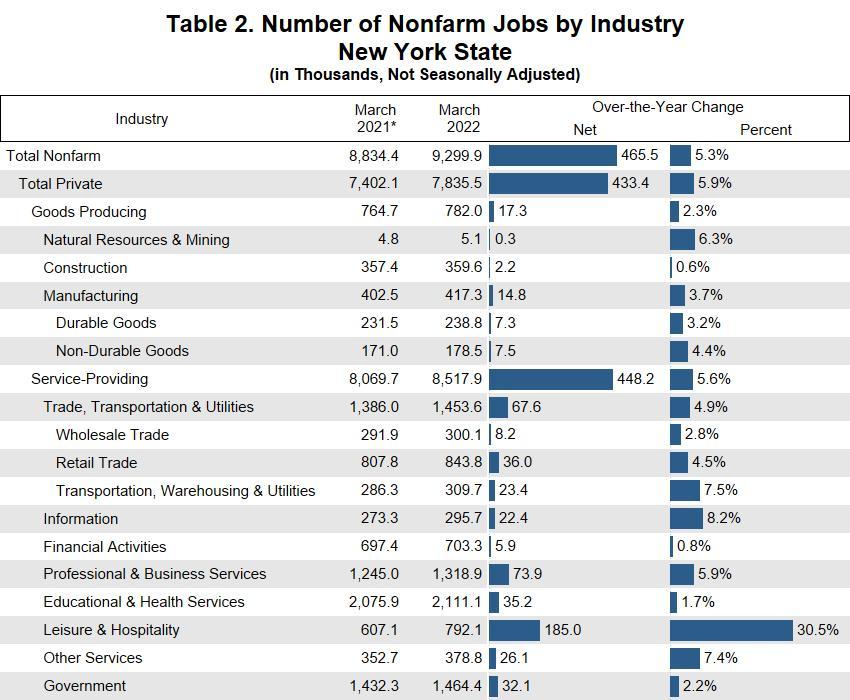 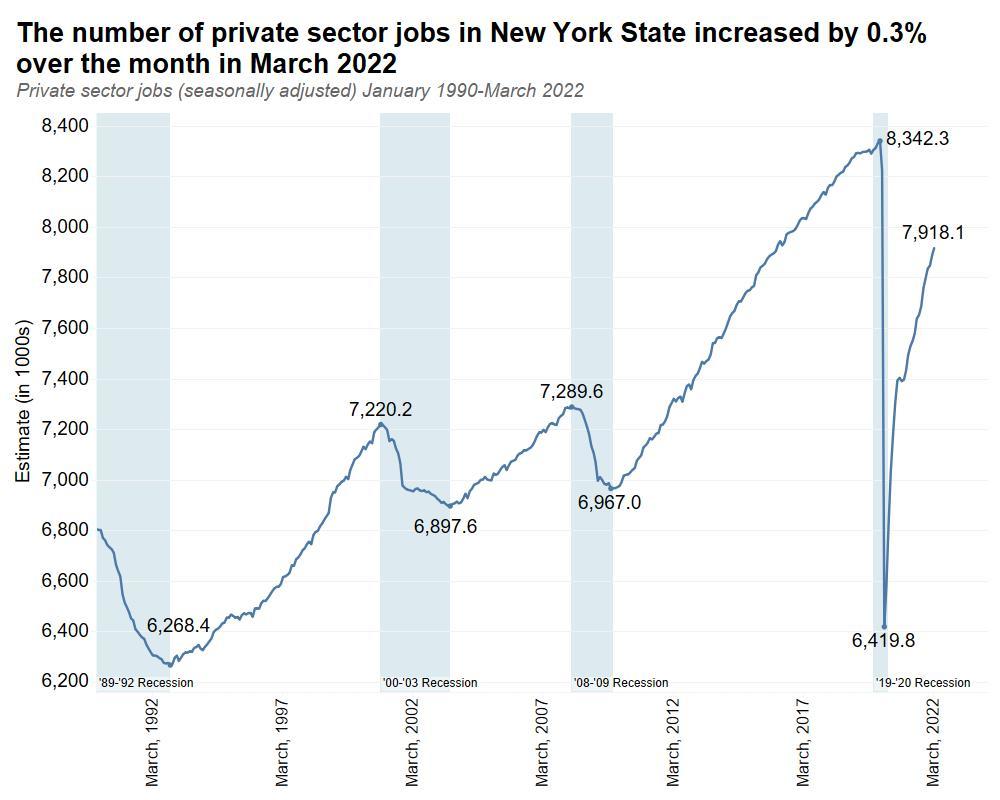 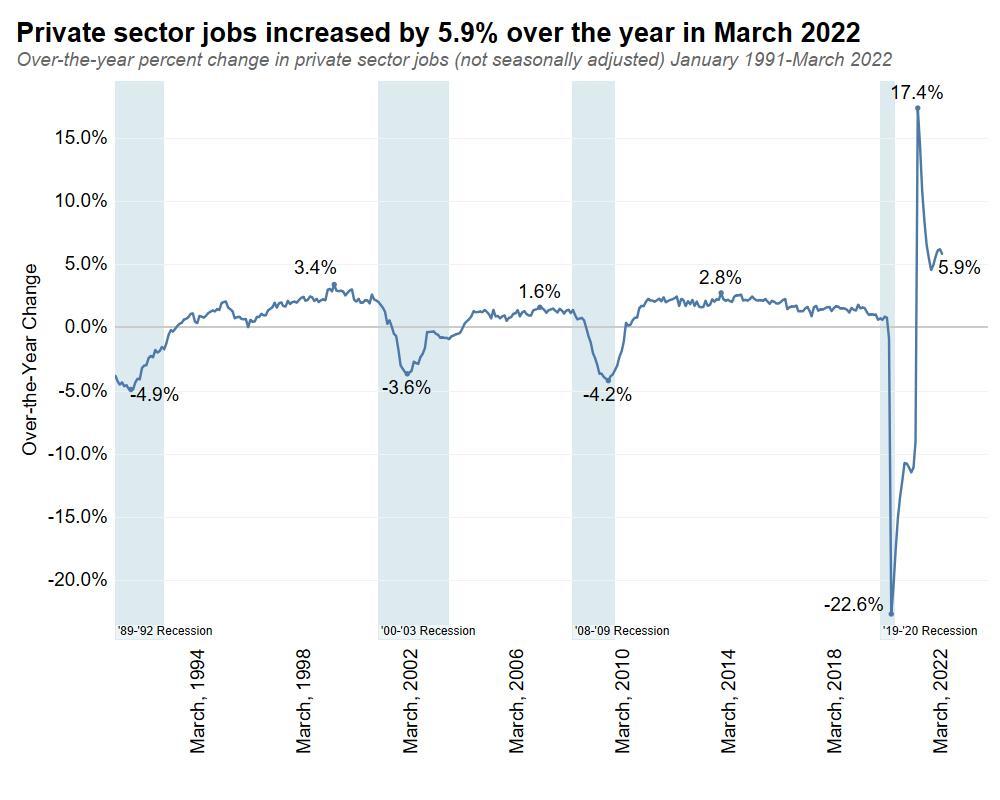 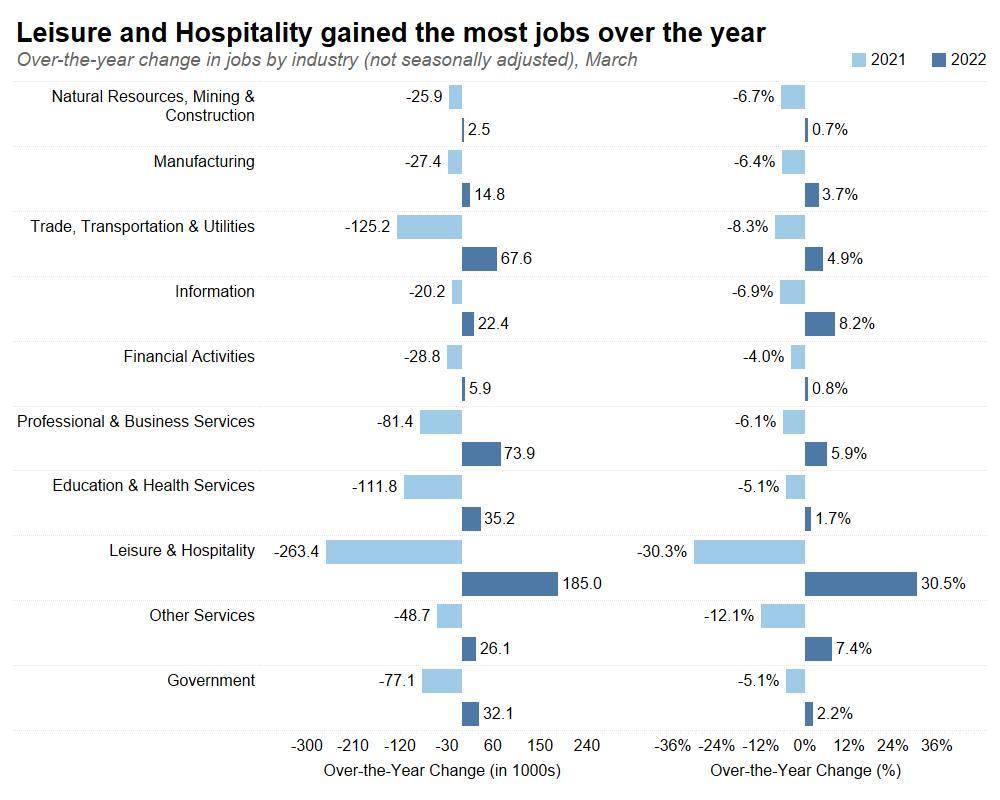 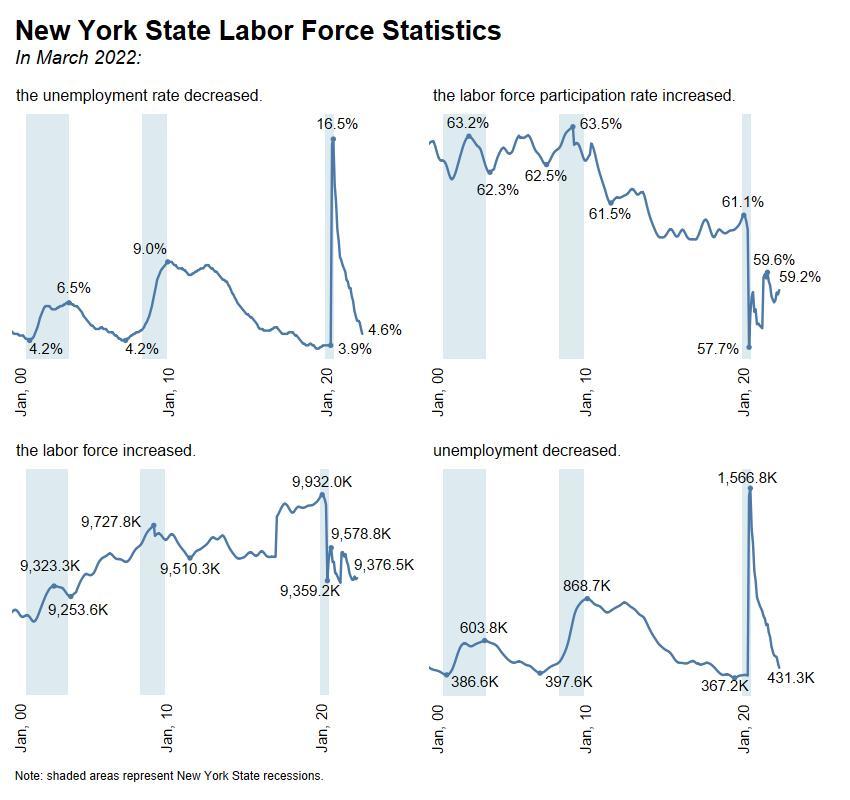 The New York State Department of Labor is an Equal Opportunity Employer/Program.

Auxiliary aids and services are available upon request to individuals with disabilities.