Which states are getting inflation stimulus checks?

Rebates, or stimulus checks will be sent out in some states. 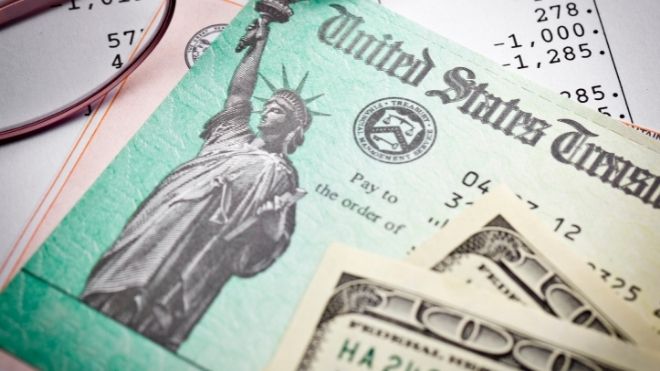 These payments will be much more targeted and to help with inflation.

How to get your tax refund two days faster

Which states are sending checks?

Five states have passed legislation for tax breaks. Read more about it here.

Gov. Brad Little signed a bill allocating $350 million for tax rebates for state residents in February. There are eligibility requirements:

The payments are set to start at the end of March. The payment will be $75 or 12% of your Idaho state taxes for 2020, whichever is larger.

Georgia residents who filed taxes for both 2021 and 2022 will be eligible for rebate payments. The payment will be based on filing status:

Residents who filed after legislation was signed will get the payment via mail at a later date. If you haven’t filed yet, the rebate payment may be added to your tax refund.

Gov. Eric Holcomb announced that Indiana taxpayers would get a one-time $125 payment. This rebate is due to a budget surplus and will be sent after filing your 2021 taxes.

Eligibility and residency details remain unclear. However, the rebate will come after you file your taxes.

Child Tax Credit: Checks worth $600 per year proposed for parents

Roughly one million families will get a $500 one-time check.  Gov. Phil Murphy has proposed an additional $53 million to send $500 payments to taxpayers who file using a taxpayer identification number instead of their Social Security number.

Nonresident and resident aliens, their spouses, and dependents would be newly eligible for the rebate, as they aren’t yet eligible for a Social Security number.

Gov. Gavin Newsom announced that direct $400 payments will be sent per vehicle, with a two vehicle cap. Residents could see the checks as soon as July. It is still pending approval from California law makers.

This rebate is because California is seeing some of the highest gas prices in the country. The state average is $5.87 a gallon according to AAA.

Benefits that undocumented immigrants can get

In January, Gov. David Ige proposed sending $100 to each taxpayer and their dependents.

Gov. Mills wants to send $850 to most of the state residents. This would be part of the state budget. This has been proposed because it is estimated that the average Maine resident will spend an additional $560 this year because of inflation.

A one billion dollar property-tax rebate has been proposed by Gov. Kathy Hochul. The rebate would be roughly $970 for homeowners outside of New York City.

Virginia lawmakers are expected to send out a tax relief rebate check. There have been different proposals, so the amount is unclear.