The Waterloo Indians defeated the Putnam Valley Tigers, 61-39, in the Class B State Semifinal at Hudson Valley Community College on Saturday afternoon. 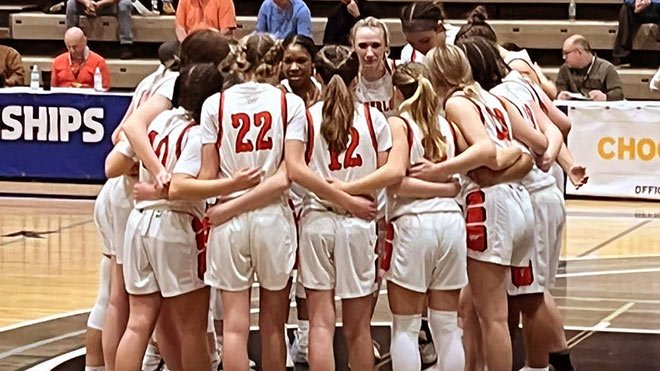 Listen to the Littlejohn & Barbi Orthodontics Smiles with Style Postgame Show on FingerLakes1.com Radio where Jazzmyn Lewis, Gio White-Principio and Coach Mike Bree joined Paul Russo & Nate Sharman following the game to talk about the win and what the plan is heading into Sunday’s state championship game.

The Indians will advance to the Class B State Final on Sunday morning at Hudson Valley Community College for the first time since 2013. Opening tip is scheduled for 11:45 a.m.

You can listen to Sunday’s Championship Game live on FL1 Radio beginning at 11:30 a.m. Paul Russo & Nate Sharman will have the call for FingerLakes1.com.

?HEY WATERLOO YOUR GIRLS BASKETBALL TEAM IS GOING TO THE STATE CHAMPIONSHIP!!?

Indians advance with a 61-39 win over Putnam Valley. Championship game is Sunday at 11:45 am. @WaterlooAD @SecVGBasketball

A tremendous second half propels Waterloo into the Class B state championship game! They defeat Putnam Valley (I) by a final score of 61-39.

They will play at 11:45 AM tomorrow for the state championship!

Congratulations DiSanto on being named the NYSPHSAA Sportsmanship Award! pic.twitter.com/6vcWQl7jtt

Waterloo coach Mike Bree knows how special playing for a #NYSPHSAA class B girls basketball championship is going to be tomorrow. pic.twitter.com/fhSuFzq2bN

Jazzmyn Lewis with 18 points and 9 rebounds for Waterloo in their #NYSPHSAA class B state semifinal win pic.twitter.com/xIHc7khJHS

Gia White-Principio with 11 points and 15 rebounds for Waterloo in their #NYSPHSAA class B state semifinal win. pic.twitter.com/bXIYPloQKY