The Forum covered a wide range of topics – everything from how to prevent prescription drug abuse to vaping to trending marijuana issues and how to develop policies to reduce underage drinking. Teens who attended participated in training events and learned about leadership and substance use prevention. Schuyler County teens Maisie Robertson and Carly Arnold of Watkins Glen, and Aidan Thurston Odessa-Montour High school attended. 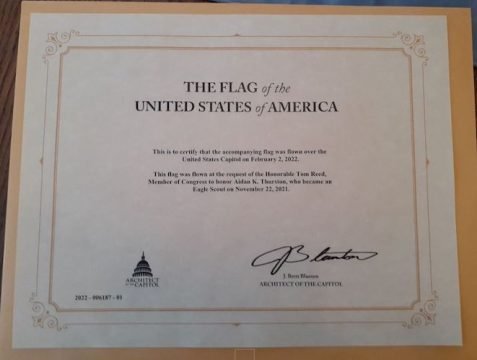 Certification of the Flag

“The CADCA forum was an experience I will never forget. It was amazing to meet people from all over the United States and learn how they are impacting their regions. It was an honor to be one of the youths representing Schuyler County and I look forward to using what we learned at the forum to help our county” said Watkins Glen Sophomore Maisie Robertson. Stated Watkins Glen Junior Carly Arnold “I had a great time, I learned so many things that I didn’t know. Most of the sessions we attended I learned great information so I can further help my community to grow.”

The group was unable to meet with Congressman Tom Reed, but he was key in setting up an incredible event while the group was in our nation’s capital.  Odessa-Montour Senior and SCCUDD member Aidan Thurston had recently earned the honor of Eagle Scout.  With this, an American flag is flown over the capital honoring the Scout’s accomplishment, and then sent to him.  It was arranged through Congressman Reed’s office for Aidan’s flag to be flown over the capital on February 2 while the group was there. 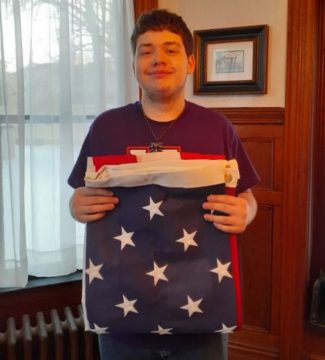 Aidan and the Flag

“The CADCA Forum is always, an exciting and enlightening experience. I was honored to represent the youth of Schuyler County to our representatives in Congress” said Aidan Thurston.

Concetta covers a variety of stories that impact life in the Finger Lakes. Have a question or lead? Send it to [email protected].