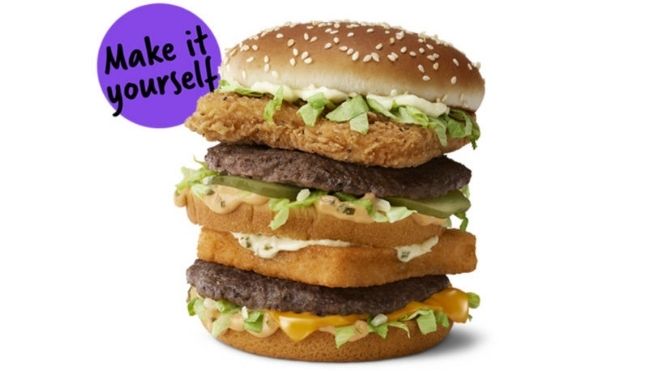 Sometimes menu add-ons are a flop.

And its looking like that may be the case for these McDonalds items.

Food chains: New items are coming to these menus

The fast food chain announced it’s Menu Hacks about a month ago now.

These were hacks that came from fans ideas.

When they first dropped everyone was excited to try them out.

One of the biggest let downs of these menu hacks is that you have to put it together yourself.

Apparently the chain thought putting the hacks together would be fun for the customers.

McDonalds missed the mark on that one.

Customers have expressed disappointment all over social media.

“So @McDonalds “menu hack” is just you ordering two sandwiches, they already had on the menu btw, and you putting it together yourself. Clever way of getting people to buy two sandwiches and thinking they are getting something [email protected] I will just stick with you.”

Apparently the flavor just isn’t there.

The Land Air & Sea seems to be the biggest disappointment.

Mixing that many meats and sauces together has not impressed customers.

One review even said it tasted “straight-up foul”.

These menu hacks are interesting to say the least.

How do you think McDonalds did with these menu items?