Vehicle destroyed by fire in Cheshire

First responders in the Cheshire Fire District were called to a vehicle fire on Cooley Road this week.

On February 16 around 4:17 p.m. firefighters responded to Cooley Road for a vehicle fire.

Photos from the scene shared below by the Cheshire Volunteer Fire Department. 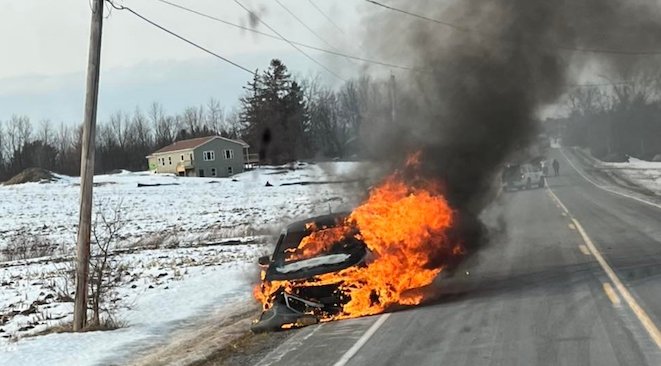