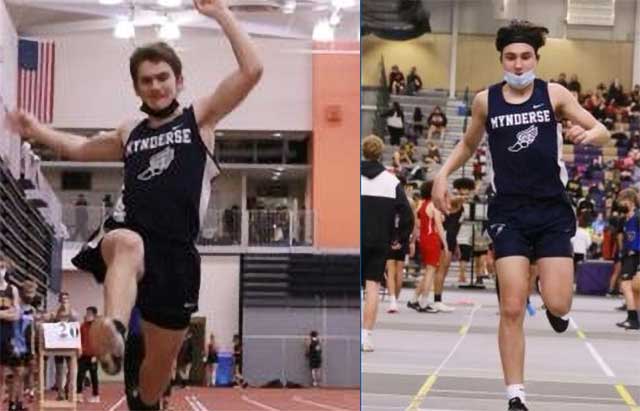 Personal records were also set by Partee in the 300 meter, Maddy Consentino in the long jump, Joe Jang in the sprint hurdles, Neko Garno in the 55 meter sprint, Marissa Malchoff, Joey Andrews and Oakley Fitzgerald in the 300 meter sprint, and Ryan Wylie in the 1600 meter run. Finally, two relay teams – the girls 4 x 2 and the boys 4 x 4 set season best times: Sydney, Maddy, Marissa, and Jasmine Whitaker in the girls relay and Joey, Ryan VanVleck, and Avi and Deven James for the boys

12 hours ago
A Syracuse artist has received a grant that will allow her to spend the next two years working with the ... MORE

11 hours ago
States have stepped up when it comes to stimulus checks after the federal government made it clear they would not ... MORE

12 hours ago
As Americans deal with rising temperatures, some are in need of energy assistance to help keep their air conditioner running ... MORE

12 hours ago
Thousands of state residents in New Mexico can expect stimulus checks worth $250 or $500 in the coming weeks if ... MORE

13 hours ago
Pennsylvania has created a stimulus tax rebate that will go out to around 260,000 state residents worth up to $975 ... MORE