The FDA is waiting to make a decision on COVID-19 vaccines for children under five years old because it is still being studied. 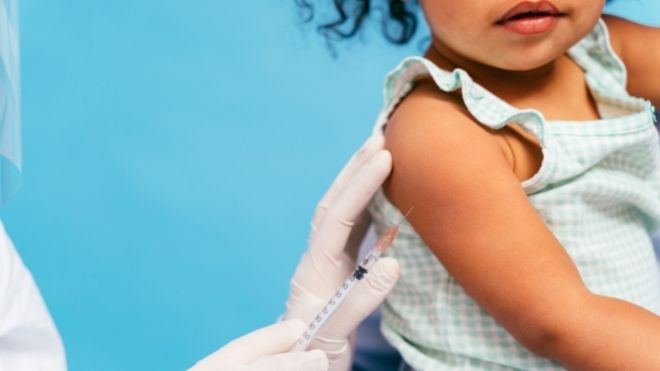 There may be a need for a third dose.

How long is the COVID-19 booster good against Omicron?

When will it be approved?

A decision about a COVID-19 vaccine for children starting at six months old will probably be made around mid-April. It was previously thought that the vaccine would be available for distribution as early as February 21. Click here for more details.

The CDC announced that regulators will be waiting for the results of an ongoing study. The study is looking into the impacts of a third dose of the vaccine for kids under five years old.

Why wasn’t it approved?

The approval has been delayed because the two-dose vaccine regime  didn’t produce a large enough immune response.

The FDA decided to wait rather than ‘fast-track’ approval because the third dose of the vaccine could potentially make it more effective.

Initially, the goal was to get vaccinations out as soon as possible and consider a third dose later.

Pfizer has retained some urgency to produce this vaccine, as they want children in this age group to be protected against COVID-19.

Dr. Fauci says the COVID-19 pandemic may soon be over

5 hours ago
July 4th weekend is here and the Auburn Police Department wants the people of Auburn to enjoy a happy and ... MORE

13 hours ago
Realtor Larry Salvato is showing a property on Parish Road in Honeoye Falls.  Salvato is a sales manager with the ... MORE

6 hours ago
A statue honoring Underground Railroad leader Harriet Tubman has arrived in Auburn and will be on display through the end ... MORE

7 hours ago
Some people in the U.S. can soon expect stimulus payments following the ending of federal stimulus checks. As residents continue ... MORE