There’s going to be plenty of wintry weather over the next several days in the Finger Lakes and Central New York.

It starts today with the threat for icy precipitation during the morning and afternoon hours. While precipitation will be relatively light- it prompted the National Weather Service to issue a Winter Weather Advisory for almost the entire area.

Once the freezing rain threat ends during the afternoon hours- that’s when a rain-snow mix will begin. It will transition to all snow by late this evening.

By Monday evening some of the coldest air of the season will be overtaking the region. Wind chills are expected to crater by Tuesday morning- with many places waking up with sub-zero feeling conditions.

Air temperatures will drop into the single digits and a 5-10 mph wind during the overnight hours will be enough to drop the wind chill to -5 to -15 in spots. 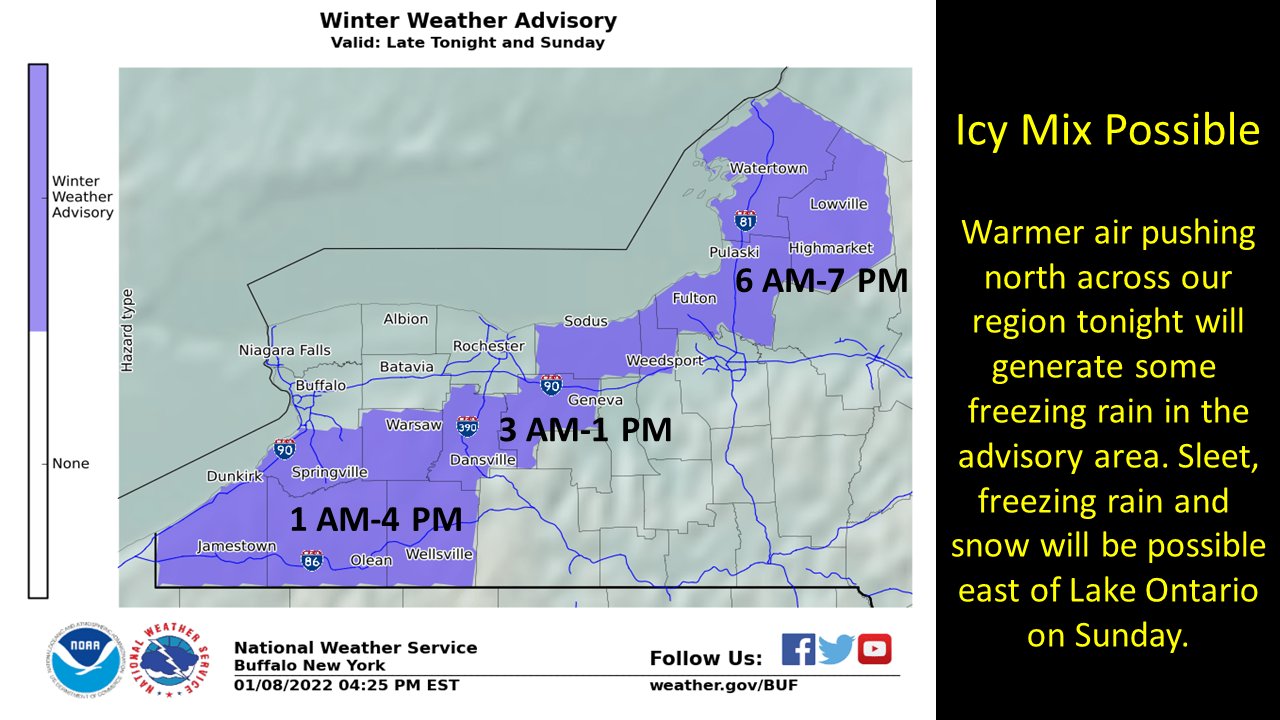 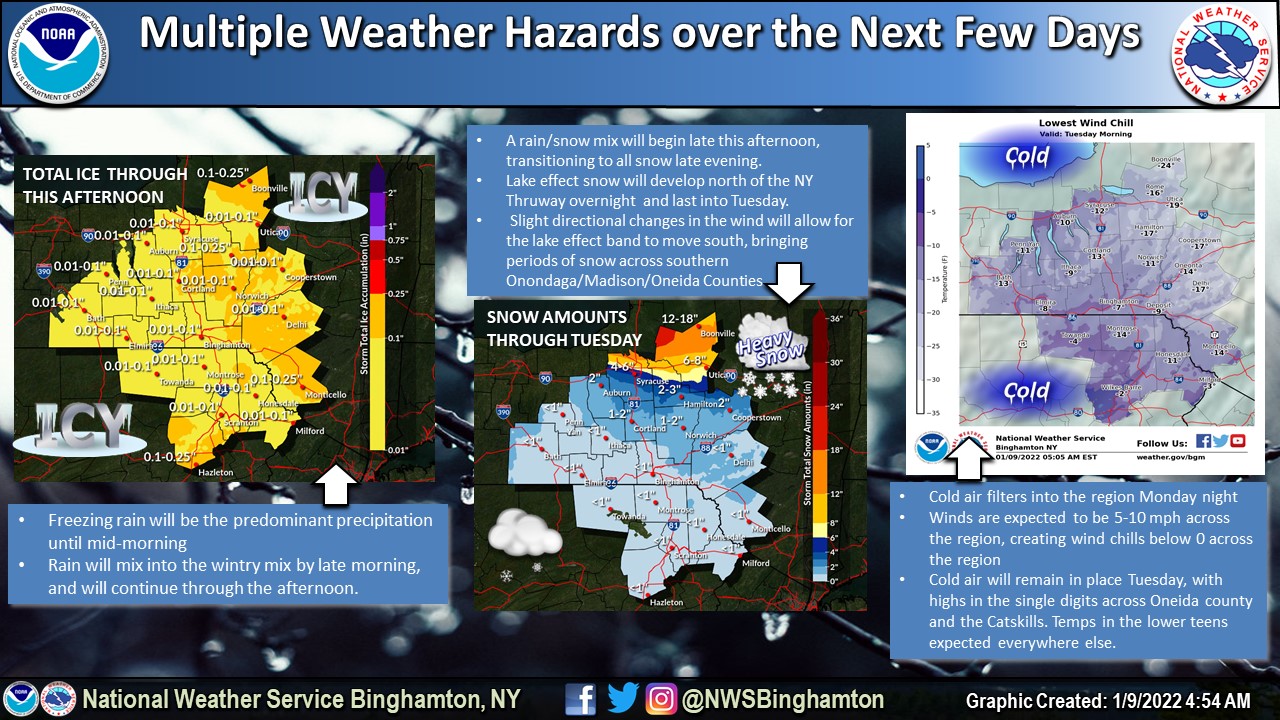 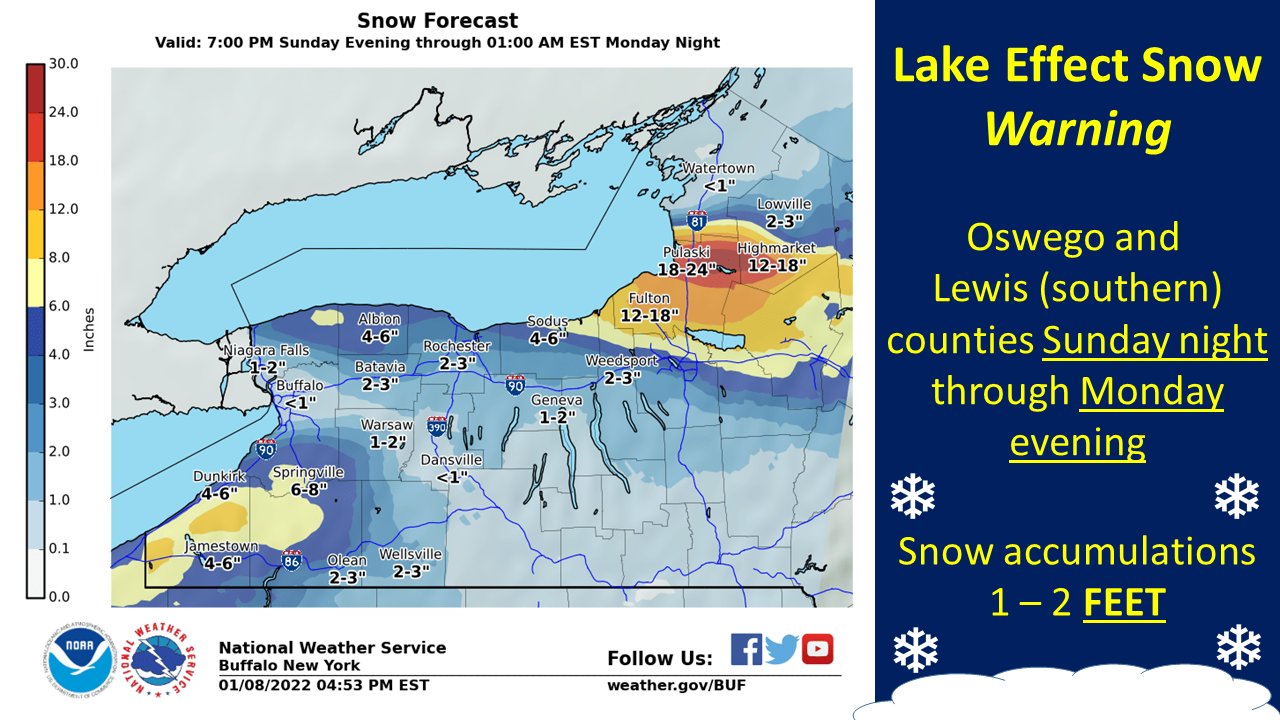 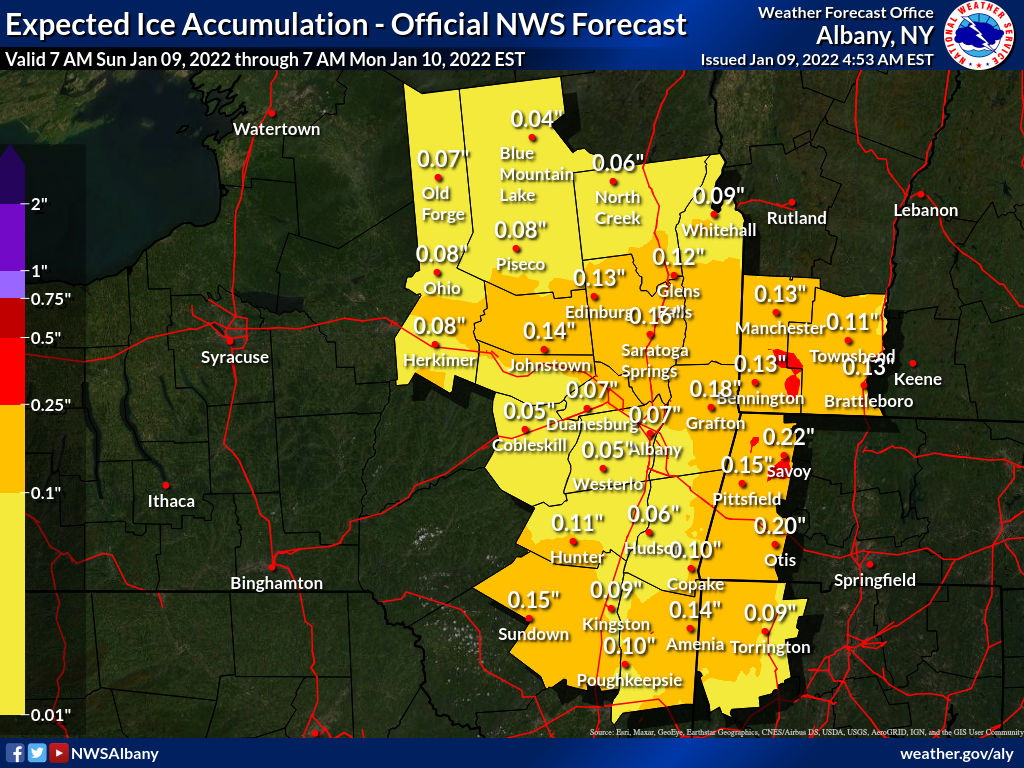